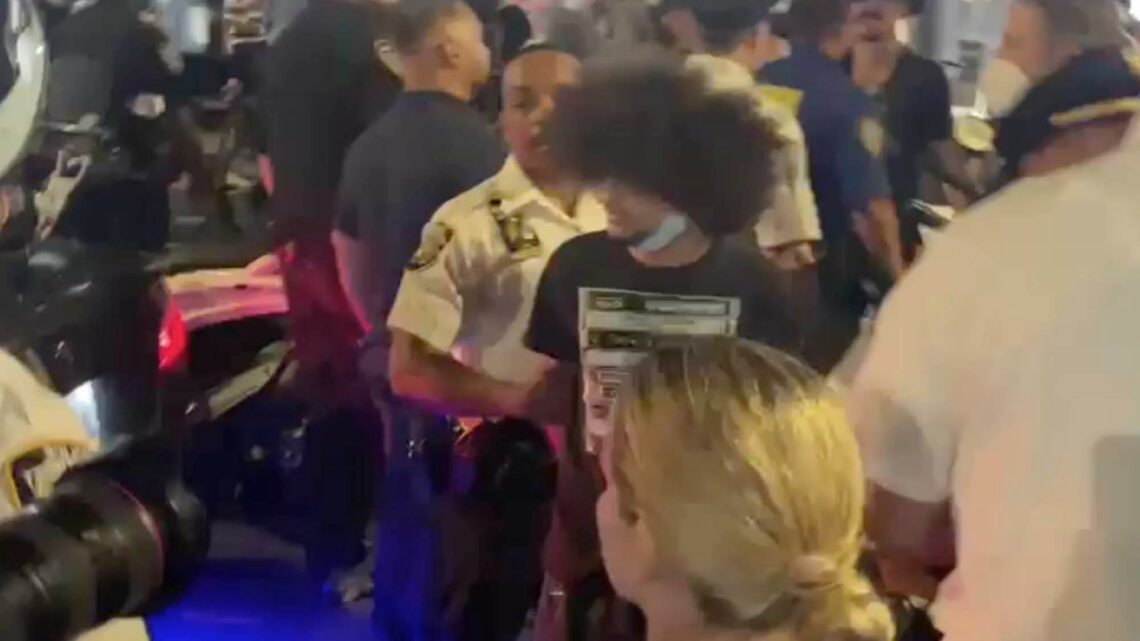 The 18-year-old son of a retired NYPD deputy inspector has been arrested for allegedly driving his BMW through a group of protesters this week in the West Village, leaving a teenager injured.

Justin Burgos, of Staten Island, was driving in the area about 10:20 p.m. Wednesday when he honked at the protesters, who were blocking the corner of Bleecker Street and West 10th Street with bicycles and he tried to pass them, police said.

As the demonstrators surrounded his Beemer, Burgos accelerated through the crowd, striking an 18-year-old, who suffered an injury to his right knee, cops said. The injured teen was treated by EMS at the scene.

Several people shot video of the incident, including photographer Leeroy Johnson, who wrote on Twitter that the car almost struck an officer.

The driver was stopped nearby at Grove Street and West 6th Street, police said.

Burgos, of Rossville, was charged with leaving the scene of an accident with an injury, reckless endangerment, obstructing governmental administration and fleeing an officer in a motor vehicle.

He also was slapped with a windshield violation.

Microsoft gets new Street-high price target from Citi. Why one trader says 'it’s a staple within your portfolio'
Southwest Airlines travel demand rises above 2019 levels
Technology