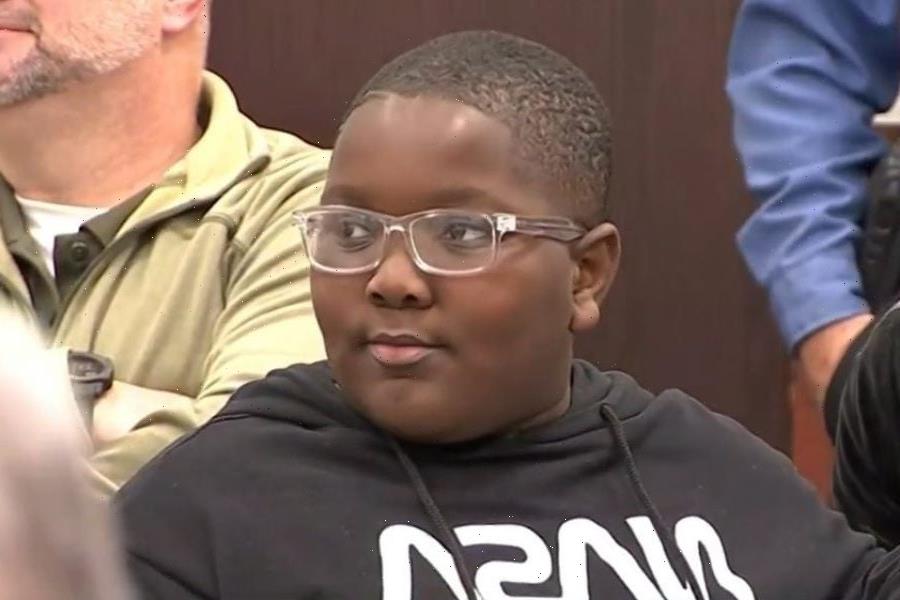 Not all heroes wear capes. Some are children with good hearts that happen to be in the right place at the right time. Early this month, a sixth grader from Oklahoma, Dayvon Johnson performed the Heimlich maneuver on a classmate. Then, that same day, Dayvon rescued an elderly from a burning house.

According to Enid News & Eagle, a student trying to refill his water bottle, used his mouth to loosen the cap. The cap slipped into his throat and the student began to choke. The choking student stumbled into a Dayvon’s classroom.

Dayvon jumped into action and performed the Heimlich maneuver. The bottle cap popped out.

The 11-year-old, told Enid News & Eagle he learned the Heimlich maneuver on YouTube, calling it a valuable procedure to learn. He said, “Just in case you’re in the situation I was in, you can know what to do.”

Later, while walking after school, Dayvon saw an elderly woman trying to escape a house fire. Again he rushed to help her with her walker get out of the home.

“I thought ‘oh, she’s not moving fast enough.’ So I ran across the street and helped her to her truck,” Dayvon told News On 6 cameras.

No one who knows Dayvon was surprised by his quick-thinking nature, as he wants to be an EMT.

The young hero was honored by both Muskogee County Sheriff’s Office and Muskogee Public Schools at a Muskogee Board of Education meeting.