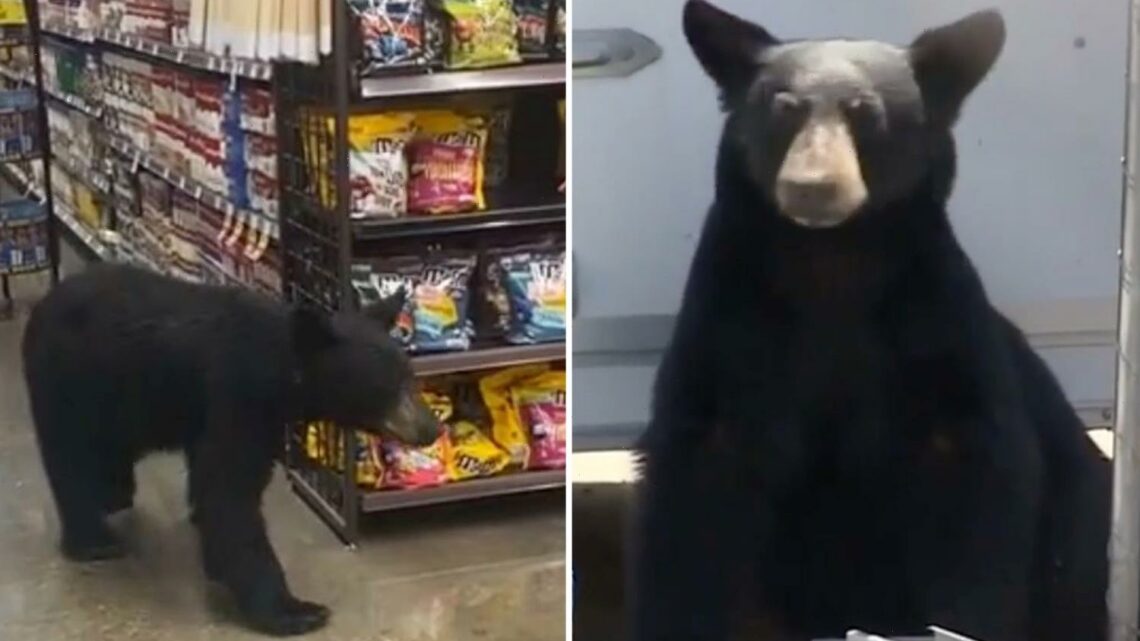 A BLACK bear stalked the aisles at a supermarket in California, leaving shoppers terrified.

The 125-pound beast was caught prowling in a Ralphs grocery store in Los Angeles on Saturday. 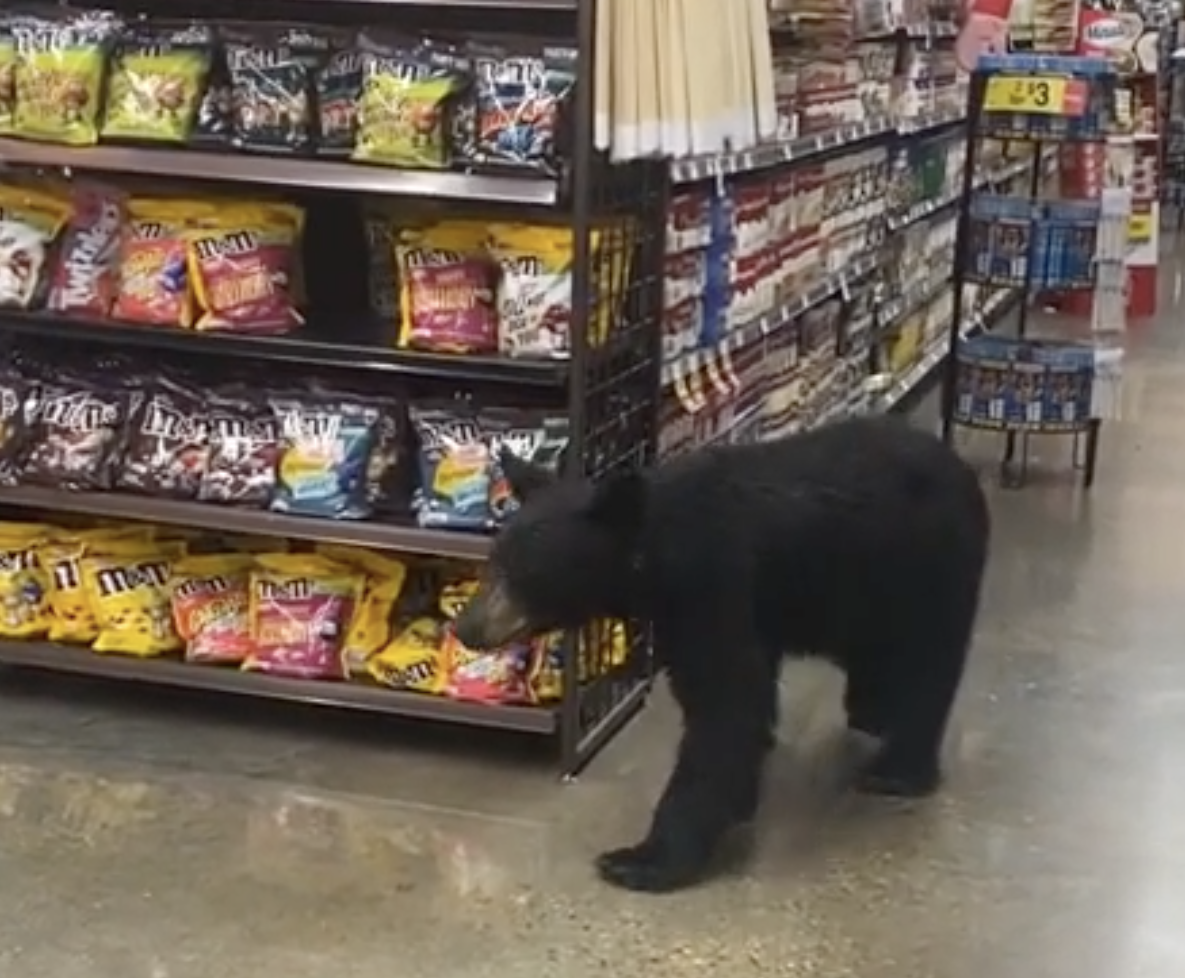 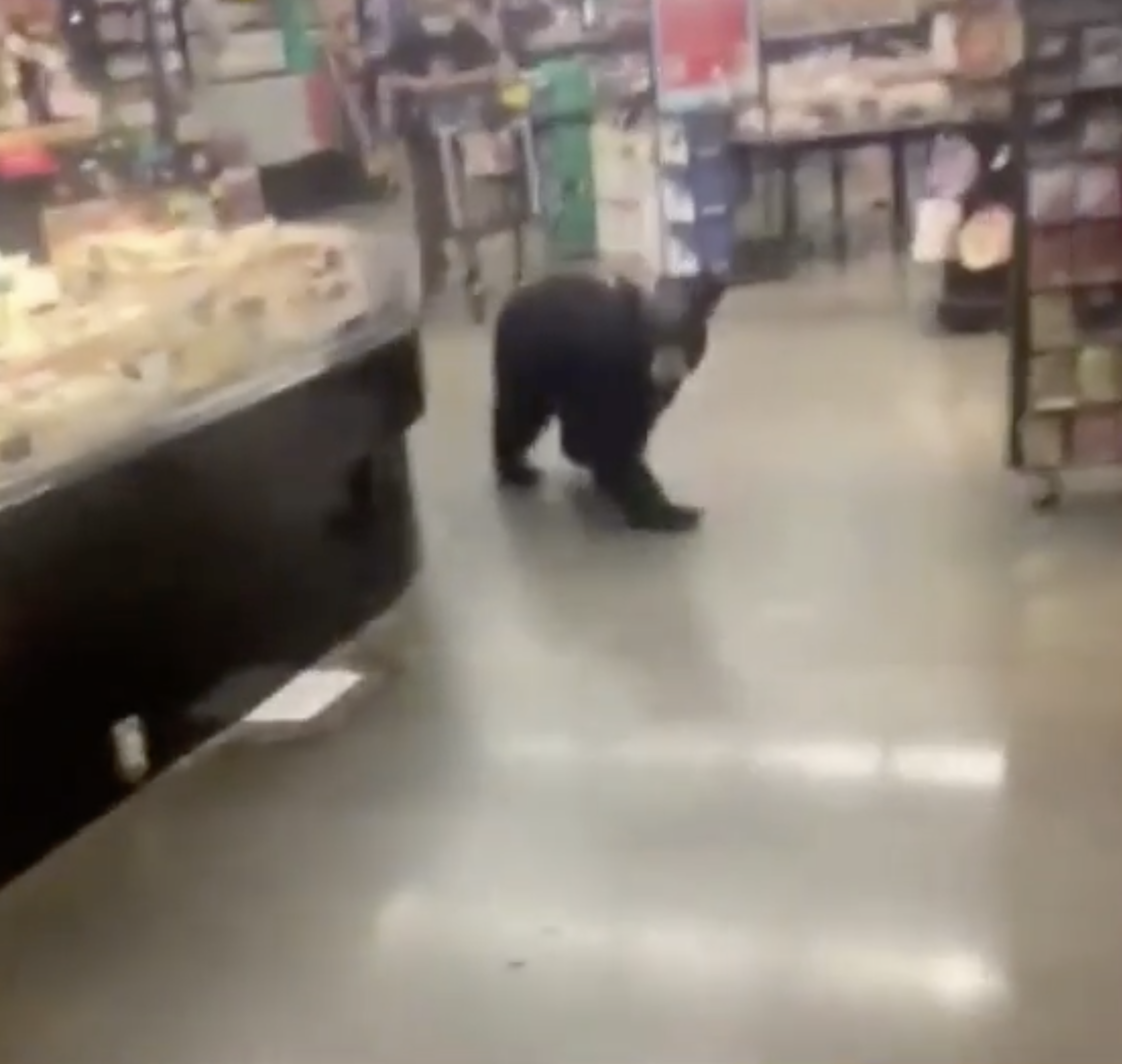 Customers were stunned when they saw the animal as shop assistants tried to usher the bear out of the store.

Footage captured by TikTok user and actress Tisha Campbell shows the bear sniffing what appears to be M&Ms on the shelves, The New York Post reports.

The frightened shopper said: “I gotta leave I’m looking for him”

As she wheels her trolley through the car park, she says: “Oh my God, okay, I’m runnin for it.”

“I don’t know what the f**k is going on. It’s not like I’m in a secluded area. I’m in my f**king local grocery store.

The actress wildly claimed that a hippo might "pop up out of nowhere" after the terrifying ordeal in the grocery store.

Officials at the California Department of Fish and Wildfire managed to track down the beast at a Walmart supermarket.

A spokesperson for the agency told KTLA: “Bears know that if they come down out of the mountains into a town, they’re going to find food.”

It's not the first time that bears have been spotted in stores or gas stations as they hunt for food.

Bears were spotted in a grocery store in Lake Tahoe last September, according to ABC7.

Footage shows one beast lying on the floor while munching on candy and crackers.

Meanwhile, another bear lunged at a shop assistant as they tried to stop the animal from entering the store.