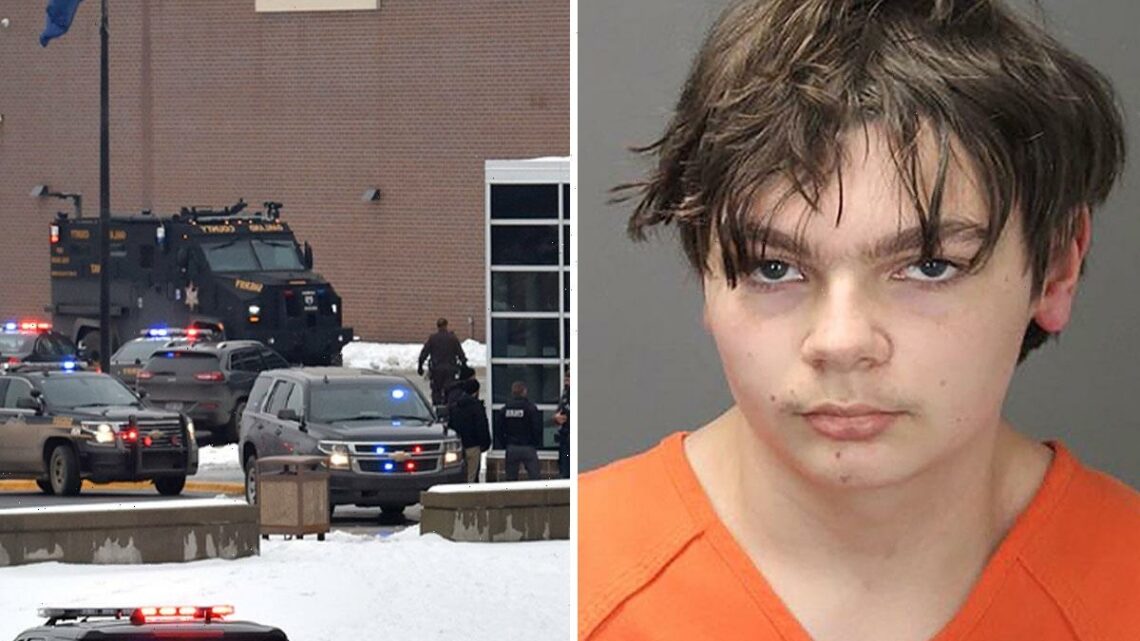 'Shooter' Ethan Crumbley should have made 'distraction to kill the people that he would need to at Oxford,' teacher says

A TEACHER has been suspended after allegedly telling students that accused Oxford high school shooter Ethan Crumbley should have made a "distraction to kill the people that he would need to."

The teacher, whose name has not been revealed, reportedly made the comments to his students at Hopkins High School in Michigan on Wednesday – just a day after the shooting in Oxford. 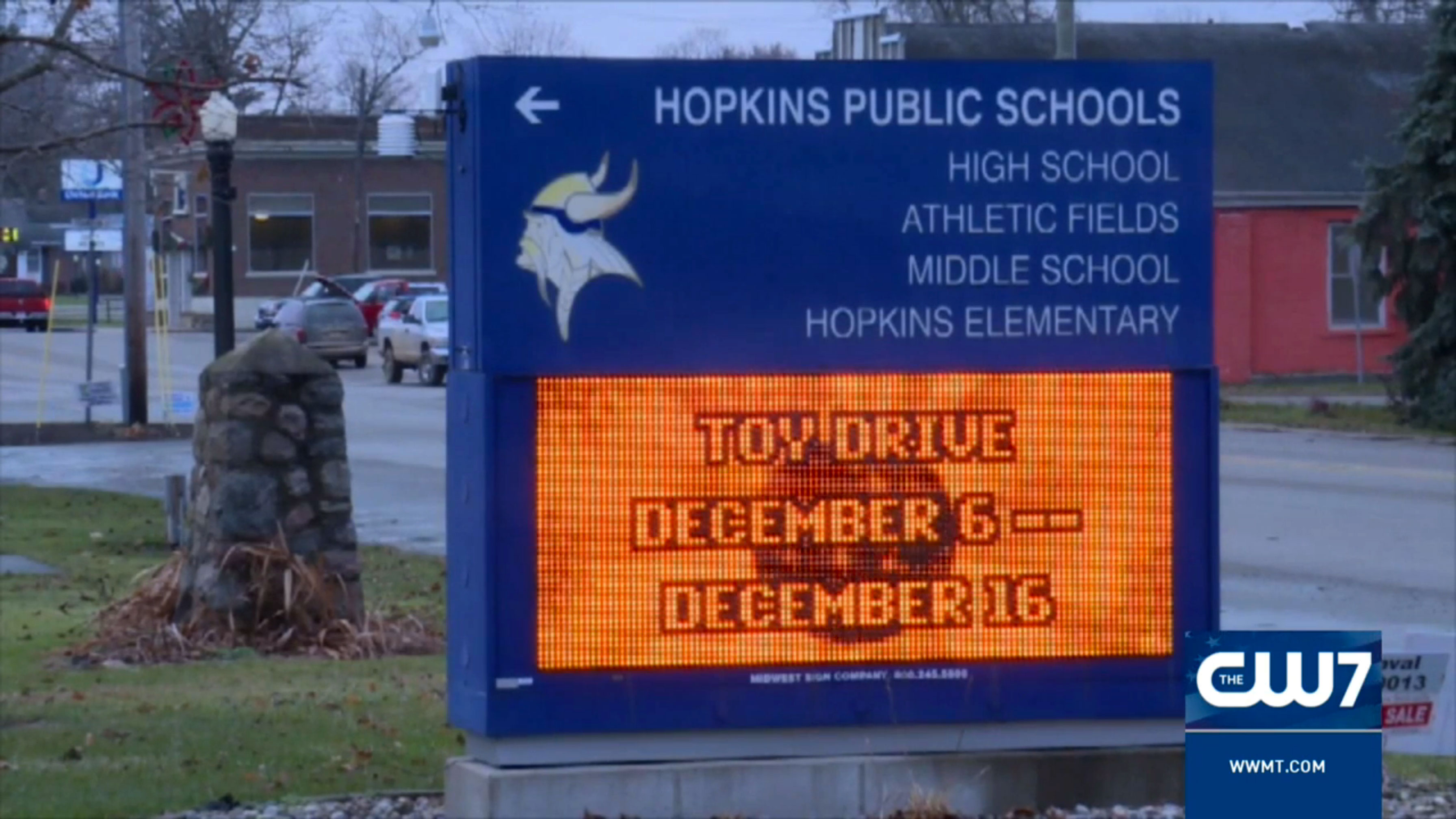 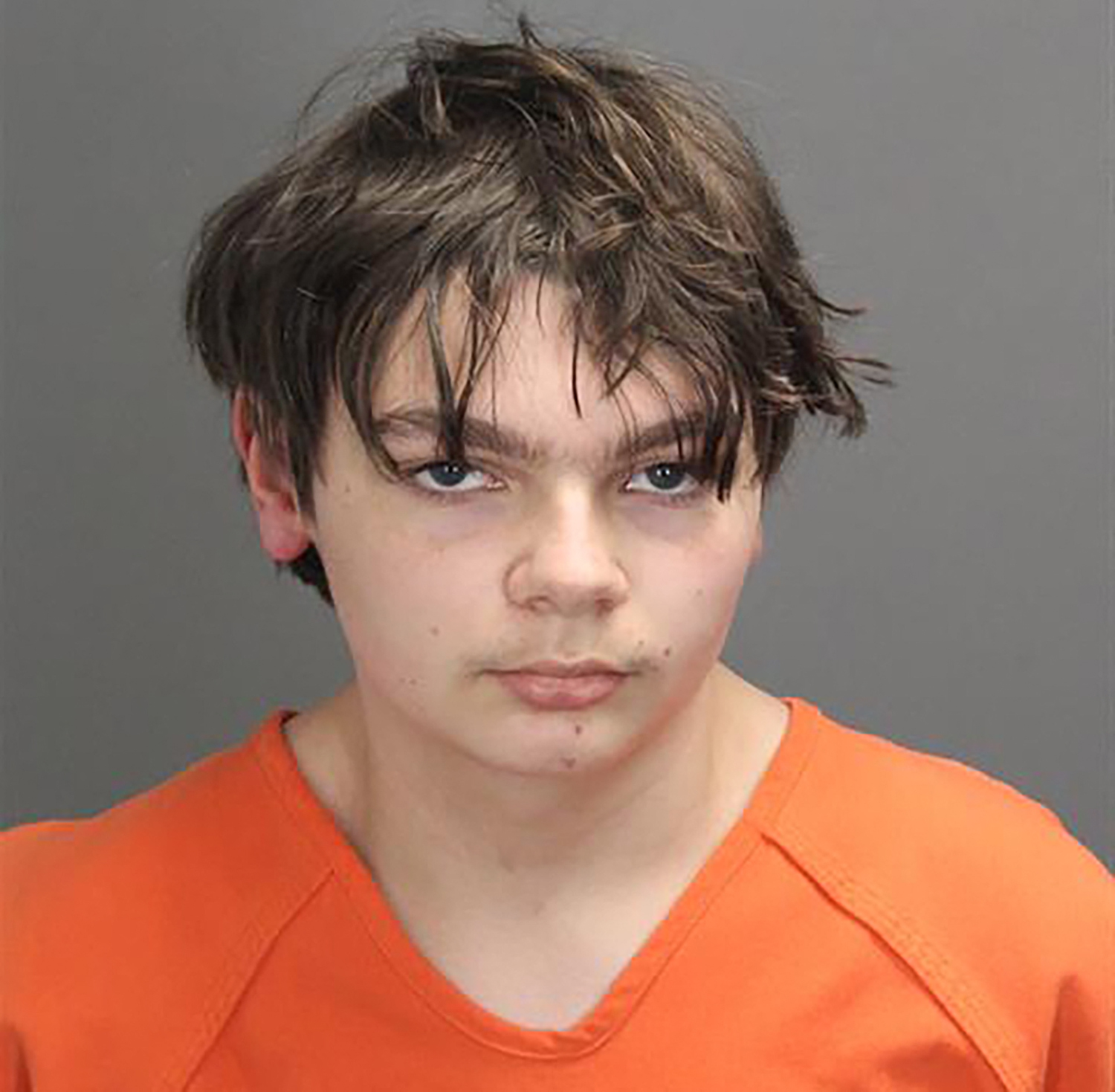 A parent who claims her child heard the comments told News Channel 3 that the teacher talked about "how he would’ve committed the act differently with detail."

The teacher, claimed the parent, said "he would’ve pulled a smoke detector, so that he could create a distraction, in order to carry out his hitlist and kill the people that he would need to."

“It was gut-wrenching devastation that a grown adult would mentally harm our children this way," added the parent, who did not want to be named for fear of retaliation, according to News Channel 3.

According to principal Szczepans, the teacher made the comments in multiple classroom periods.

The principal added that teachers were sent a memo explaining how to discuss the Oxford high school shooting with students, but the teacher in question went too far.

“They were insensitive, in regard to being the day after Oxford and they were off-script,” said Szczepanski.

Additionally, the teachers' comments caused rumors to spread about an employee planning to "shoot up" the school.

On Friday parents received a letter saying there was no threat and the rumors stemmed from "an inappropriate classroom conversation."

The teacher will remain on leave until the police investigation is finished.

Meanwhile, authorities have said the alleged shooter and his parents James and Jennifer Crumbley have not “shown any remorse."

Officials tracked down the teenager’s parents to a basement in Bellevue Street, Detroit, Michigan, early Saturday after authorities launched a manhunt for the pair.

The parents are thought to gone on the run after involuntary manslaughter charges were issued against them.

Both James and Jennifer Crumbley pleaded not guilty to charges of manslaughter when they made their first court appearance Saturday morning.

Ethan Crumbley, a sophomore at Oxford High School, will be charged with one count of terrorism causing death and four counts of first-degree murder in the shooting that killed Hana St. Juliana, 14, Madisyn Baldwin, 17, Tate Myre, 16, and Justin Shilling, 17.

He also faces seven counts of assault with intent to murder and 12 counts of possession of a firearm in the commission of a felony.

Bouchard told reporters Saturday: “We have clear evidence this was premeditated and he was actually looking forward to it.”

According to prosecutors, the gun – a semiautomatic 9mm Sig Sauer – was stored in an unlocked safe inside Jennifer and James' bedroom.

Ethan reportedly got the weapon as an early Christmas present on the day after Thanksgiving.

The now-accused murderer, who will be tried as an adult, reportedly boasted about the weapon on social media, uploading a photo of it to Instagram and calling it his "new beauty."

It has also emerged that James Crumbley called 911 40 minutes after his son allegedly shot four people dead to report a gun was missing from their home and that his son may have been the shooter.

In another revelation about the case, Crumbley told guidance counselors the disturbing drawings his teacher found were for a video game he was designing, school officials have said. 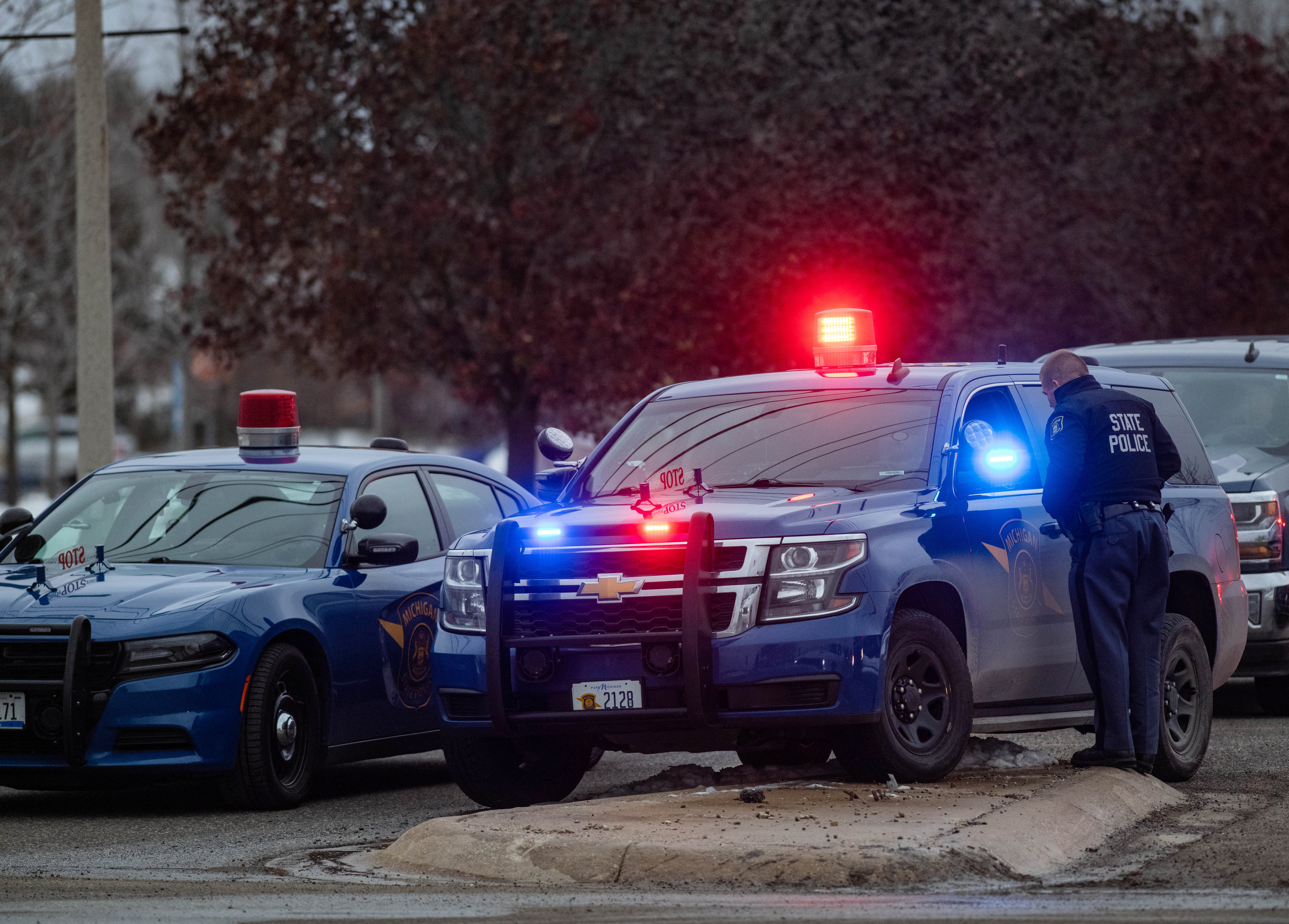 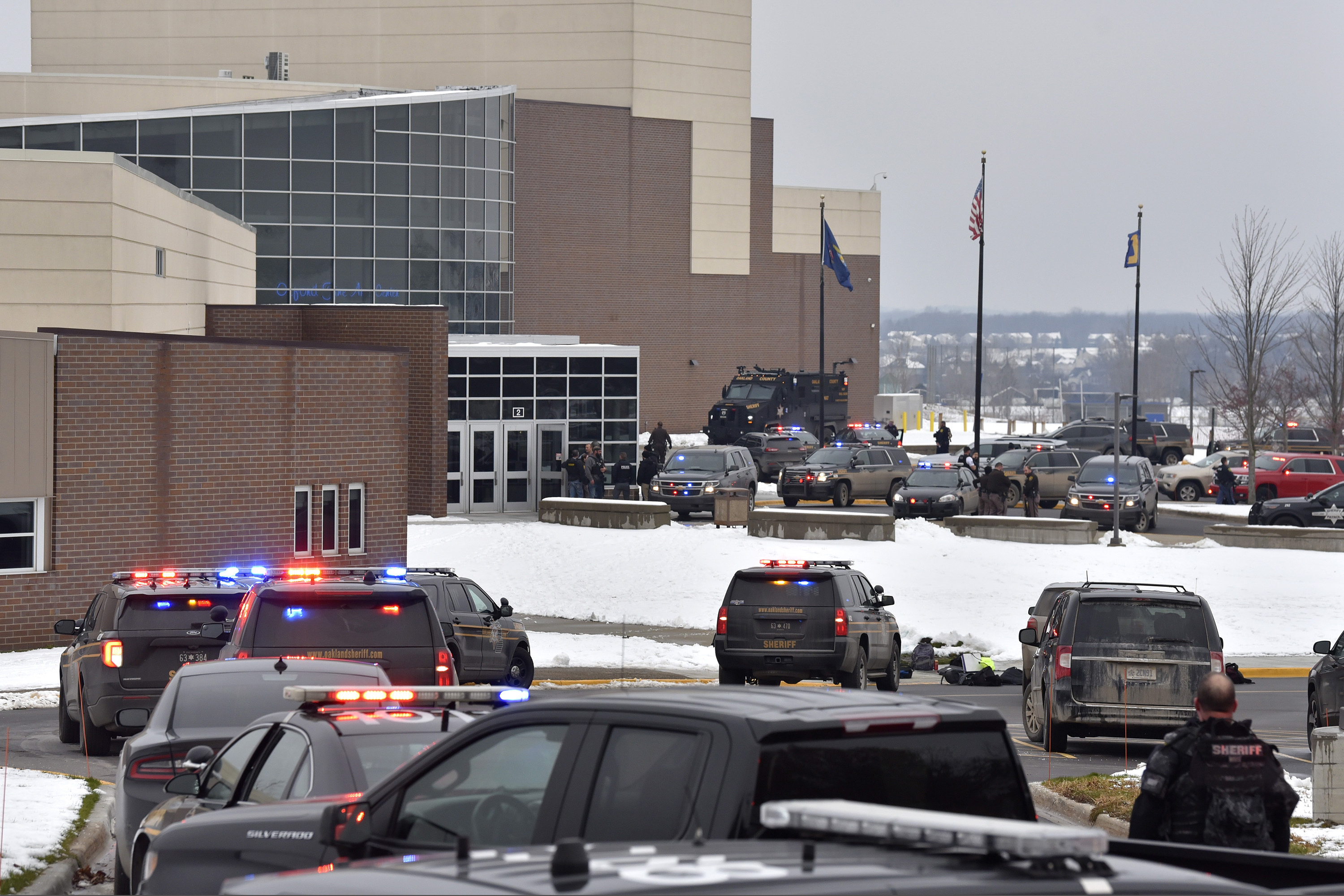