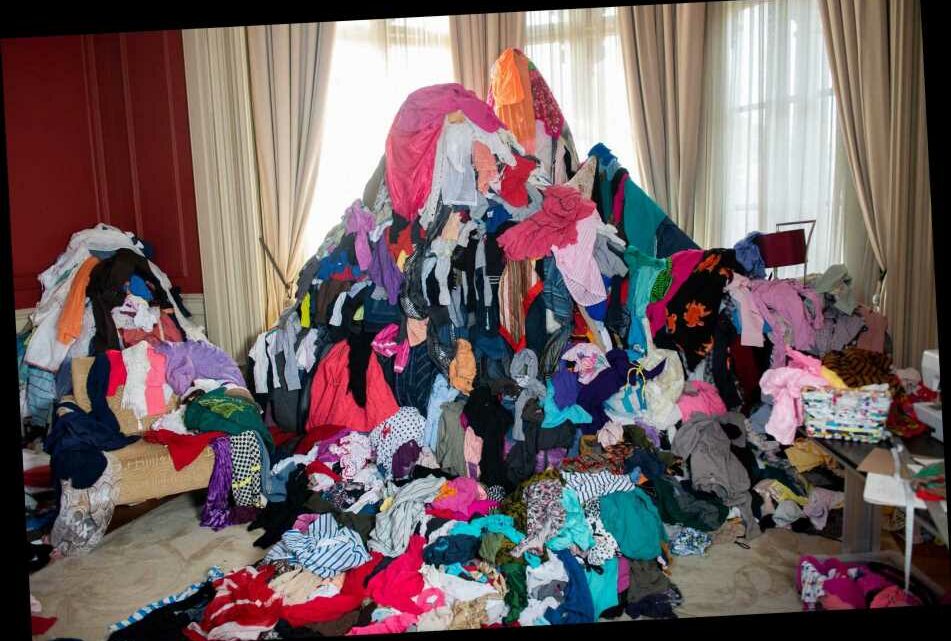 THIS is the colossal amount of clothing thrown away every FIVE minutes in the UK.

The thought-provoking image feature 3.5 tonnes of fashion items which were set for landfill – until recently. 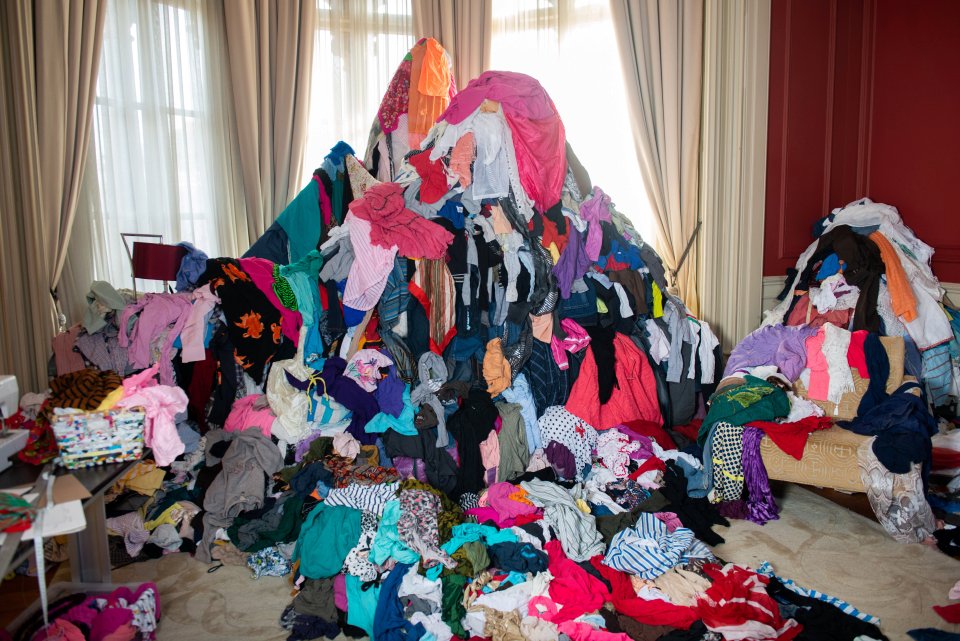 But the mass of garments is just a drop in the ocean compared to the 350,000 tonnes of clothing binned every year in the UK – with £2.7 billion spent on outfits worn once before being discarded.

To highlight the ongoing problem of fast fashion, stylist Miranda Almond has sifted through the rejected items to curate a new collection, the ‘Rewear Edit’.

Working in conjunction with Vanish, the sustainability advocate is set to showcase the garments when they are modelled during London Fashion Week – February 19th to 23rd.

A behind the scenes video reveals how the collection was put together and offers a sneak peak of what to expect in it – including classic black dresses, tailored suits, chunky knitwear and denim looks.

Miranda Almond said: “Before you go out and buy something new, before you throw away that item that’s been unloved and unworn lying in the bottom of your wardrobe, think again.

“With a little imagination, love and restoration that item can be reworn and reimagined to have a super stylish second life.

“Think about rewearing as the most timeless style statement yet!”

Stain Removal brand, Vanish, which sponsors London Fashion Week and is in partnership with British Fashion Council, also commissioned research of 1,000 adults into their attitudes towards clothing.

The study found as many as 64 per cent have purchased items they’ve worn just once with no intention of ever doing so again.

While half (50 per cent) have gone one step further and bought items they’ve never worn.

When asked what they’ve done with unwanted clothes, nearly a third (31 per cent) have taken the garments to a clothes bank.

While 16 per cent have simply put the items in the bin – shunning more sustainable routes like giving them away to friends of family – or making small adjustments to give the piece a new lease of life.

Cigdem Kurtulus, RB UK & Ireland, said: “What we wear allows us to really express ourselves and our identities.

"We launched the Rewear Edit to demonstrate the sheer potential that sits in items that we throw out without a second thought.

“We want to encourage the nation to look at their wardrobe in a new light.”

Almost a quarter (23 per cent) said they tend to get rid of clothes when they’re bored of the item and 22 per cent have discarded items because the colour has faded.

The study carried out through OnePoll also found 34 per cent of adults admitted to having a tendency to buying clothes in the spur of the moment – only to change their mind later on.

Caroline Rush, British Fashion Council, said: “As the world turns its attention to the incredible collections at this year’s London Fashion Week, our partnership with Vanish is here to remind people of the joy of restyling and reimagining their wardrobes and to give their clothes the lifespan they deserve.

“We are dedicated to working with Vanish to explore positive consumption for a more sustainable world.”