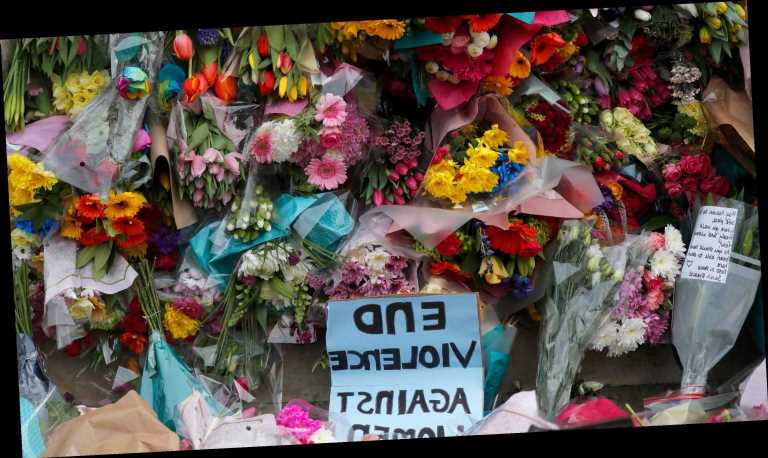 ‘Shame on you’: Fury grows over London police officers’ aggressive tactics in breaking up vigil for murder victim Sarah Everard

Floral tributes are placed at the bandstand in Clapham Common in London, Sunday, March 14, 2021 in memory of Sarah Everard who was abducted and murdered after last being seen walking home from a friend's apartment in south London on the night of March 3. (Photo: Frank Augstein, AP)

London police were facing severe scrutiny Sunday after forcibly breaking up a vigil protesting violence against women and honoring murder victim Sarah Everard, whom a police officer is accused of killing.

Police Commissioner Cressida Dick said the vigil had to be halted because of COVID-19 concerns. Video from the scene shows police taking women away in handcuffs as bystanders called out “shame on you” and “let them go.”

London Mayor Sadiq Khan called police behavior “unacceptable” and said he had reached out to Dick for an explanation.

“The police have a responsibility to enforce COVID laws,” Khan said. “But from images I’ve seen it’s clear the response was at times neither appropriate nor proportionate.”

The advocacy group Reclaim These Streets said that its leaders also were seeking a meeting with Dick.

Officer Wayne Couzens faces kidnapping and murder charges in the death of Everard, 33, who vanished March 3 while walking home in London. Her body was found in woods a week later.

The case has sparked a national outcry and a heated debate on women’s safety. Organizers had planned an official vigil at Clapham Common, near where Everard was last seen alive, but were forced to cancel the event because of COVID-19 restrictions. A huge crowd turned up Saturday anyway.

Assistant Commissioner Helen Ball issued a statement saying she had joined Dick in a candlelit vigil outside New Scotland Yard, about four miles from Clapham Commonadding that many thousands of people across the nation also held similar events.

Ball said that for six hours hundreds of people went to Clapham Common to to lay flowers and pay their respects to Everard “in a safe and lawful way.” But the crowd grew bigger, and people began giving speeches.

“At this point, officers on the ground were faced with a very difficult decision,” Ball said. “Hundreds of people were packed tightly together, posing a very real risk of easily transmitting COVID-19. Police must act for people’s safety; this is the only responsible thing to do.

“The pandemic is not over and gatherings of people from right across London and beyond, are still not safe,” she said.