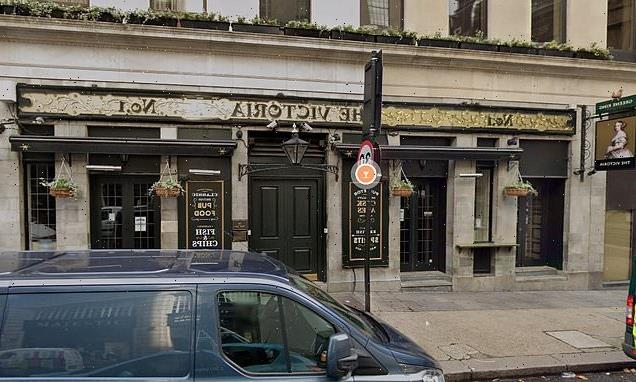 Sergeant accused of making racist comments is cleared of misconduct

A police sergeant accused of making racist comments in a pub has been cleared of misconduct after he explained he was talking about the ‘All Blacks’ rugby side.

PS Paul Robinson, 38, was accused of saying Grenfell Tower residents were too ‘thick’ to leave the burning building.

He was allegedly overheard making racially offensive comments by a freelance journalist in the Victoria pub, southwest London, in November 2019.

When asked if it was possible that he used the term ‘lazy and thick’ he said: ‘Yes in the All Blacks performance against England.’

The panel found that he did not make the alleged comments and therefore did not breach standards of professional behaviour in respect of discreditable behaviour, after a two-day hearing. 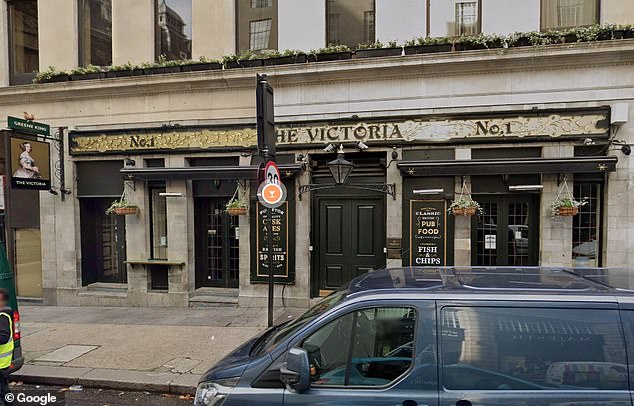 He was allegedly overheard making racially offensive comments by a freelance journalist in the Victoria pub (file photo above), southwest London, in November 2019

Panel chair Clare Harrington said: ‘The panel conclude that these comments were not made.

‘Due to his involvement in the Grenfell tragedy and the effect it had on him, the panel accepts that it is unlikely the subject would form the basis of even an ill-judged comment or joke.

‘It is not being suggested that Mr Clowes, the witness, reported this matter as something of malicious invention.

‘That there was some misunderstanding is clear.’

Ed Clowes, an energy and environment journalist, claimed he overheard racist remarks as Robinson chatted to a former colleague at the pub.

He told the panel that Robinson said that ‘there were so few black football managers because they were lazy and thick’.

Mr Clowes claimed Robinson spoke about ‘s***hole’ Africa and ‘the Africans being better off under colonial rule versus independence’.

He said Robinson referenced Jacob Rees-Mogg’s controversial comments about Grenfell residents who did not act with ‘common sense’ in listening to the fire brigade and staying put in the burning tower.

Mr Clowes said Robinson ‘agreed with the comments and that he was glad that someone had said them.’

He earlier told the hearing that Robinson’s repeated use of the term ‘threes’ caught his attention, saying he recognised it as a police classification for a black person. 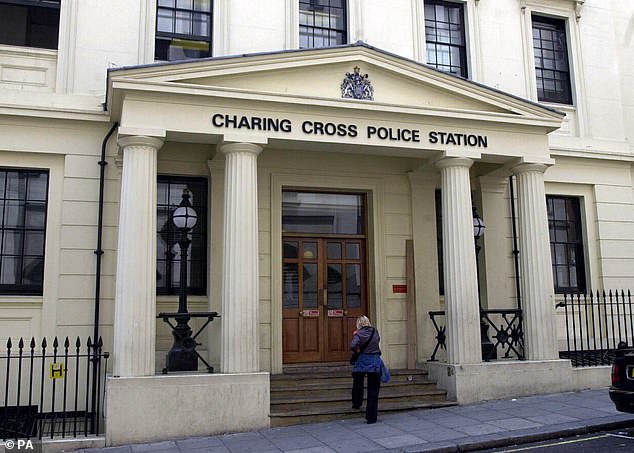 ‘He then said that the threes were thick and didn’t think for themselves and it was hilarious, Jacob Rees-Mogg’s comments. They thought it was funny.’

Giving evidence Robinson said he was ‘absolutely not’ a racist, adding: ‘I have never used discriminatory language in my entire life and never will.’

He told how England had defeated the All Blacks in the semi-final of the rugby World Cup and he was talking about the game.

Robinson told the hearing: ‘They were s***. They were lazy. It was the All Blacks’ worst performance in 10 years.’

Confronted with the alleged comments about Grenfell Tower, Robinson confirmed that he had been on duty as part of the aftermath of the disaster.

He described the scene as ‘horrific’ and denied making any derogatory comments about those who had died there.

‘None whatsoever,’ he said. ‘I never would have.’

A statement from the inspector overseeing Robinson attending the tragedy was read out: ‘We could see the tower still smoking. Paul was an officer on that call.’ 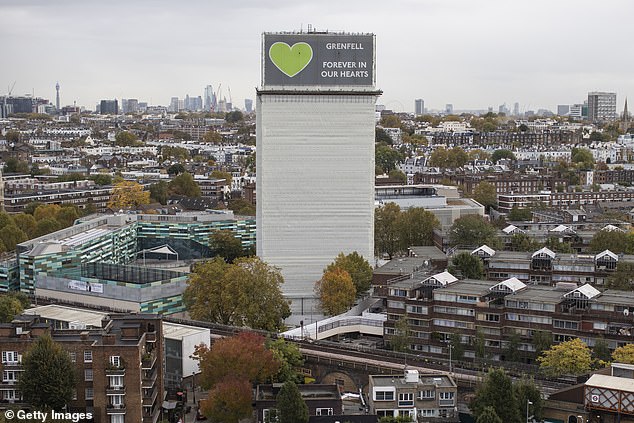 Confronted with the alleged comments about Grenfell Tower, Robinson confirmed that he had been on duty as part of the aftermath of the disaster

A member of the public came up to Robinson and began shouting abuse.

The statement said: ‘He let fly a torrent of abuse. I stood and looked at him [Paul] and could see his eyes welling up.

‘He hugged the man who suddenly cried. He thanked Paul for his compassion and left. The male was of a BAME background.’

James Berry, defending, said if Robinson is racist ‘he has kept it unbelievably well concealed from those he grew up with … from his fiancé, from his non-police friends, on duty, off duty, when he is entirely sober and when he is drinking’.

Mr Berry told the panel that Mr Clowes had a ‘history of dishonesty’, evidenced by an audio clip of a podcast Mr Clowes had appeared on retelling a story when he flew out of the country to meet a long-distance partner and ‘concocted a cockamamie excuse’ for why he could not be in the office.

Ms Harrington said the panel found that there was no ‘malicious invention’ on Mr Clowes’ part, only misunderstanding and misinterpretation.

Mr Berry went on to read out a plethora of character references from Robinson’s family, friends and colleagues.

Robinson’s fiancé said: ‘If I for one moment believed that Paul was capable of making the comments alleged then I would not be in a relationship with him.’

She added that the comments about the Grenfell tragedy were ‘implausible’.

Chief Inspector Harvey Martin said that upon reading the allegations he was in ‘total shock’.

He said: ‘It is completely contrary to anything I have ever experienced from Paul. I have no doubt at all that Paul would never say anything of a racist nature.’

Inspector Andy Sutherland said: ‘I can say no matter how much we have had to drink Paul has always been friendly and sociable and courteous.

‘Never did anything I have considered inappropriate.’

He added that the allegations must be ‘fictional’.

Robinson, from South Wales, denied and was cleared of making racially offensive comments.

Why are people quitting their jobs?