Senior paramedic is suspended over sexual remarks he made to trainees

A senior paramedic accused of making a series of creepy remarks to female trainees tried to defend himself by comparing his comments to Benny Hill.

‘Loud and obnoxious’ Richard Maxon said to one young woman as she was bending over, ‘While you’re down there, love…’ in a ‘demeaning’ reference to oral sex, a disciplinary hearing was told.

He also quizzed students on their sexual orientation and relationship statuses, rubbed his legs in a ‘suggestive’ manner and told another trainee ‘you must make your fella happy’.

Mr Maxon, who was working at a university as a lecturer on a paramedic training course, argued any inappropriate behaviour and comments were meant in a ‘jokey’ way – comparing it to the slapstick comedy of popular 1970s comedian Benny Hill.

But a Health and Care Professions Tribunal Service panel ruled his behaviour was ‘predatory’ and ‘clearly sexually motivated’ and suspended him for six months. 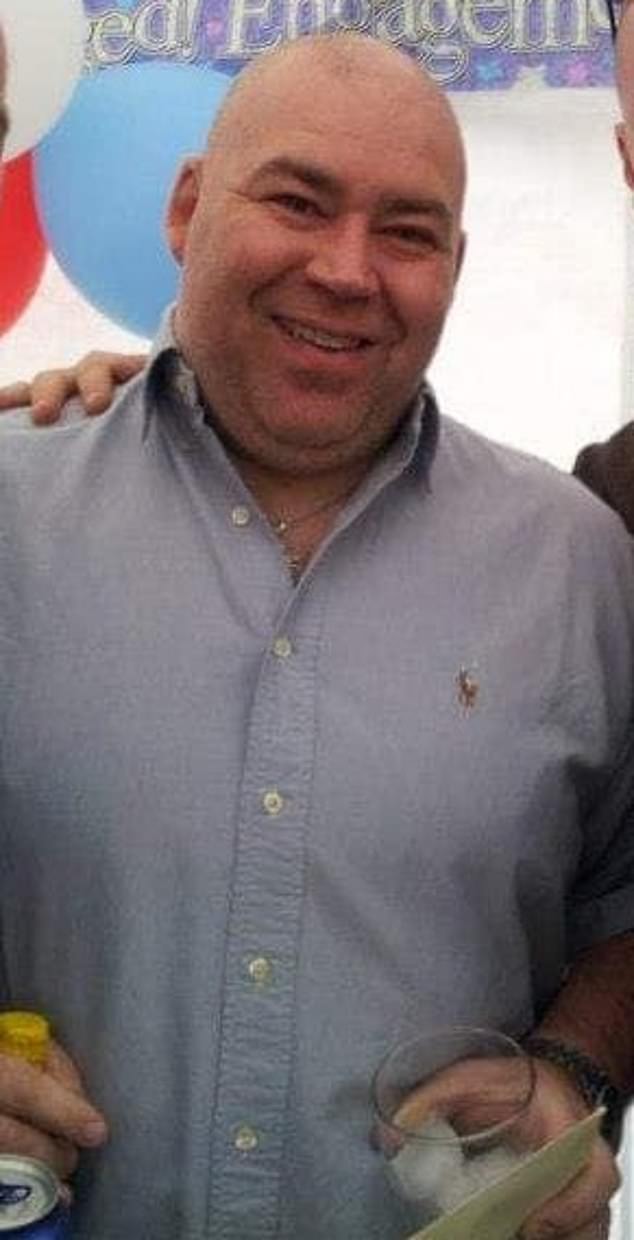 Richard Maxon, a paramedic with 19 years’ experience, was suspended for six months, after he was accused of making ‘predatory’ and  ‘clearly sexually motivated’ comments to trainees

The three day tribunal, held via video call, heard Maxon, who has served as a paramedic for more than 19 years, was employed by the South Central Ambulance Service NHS Foundation Trust.

He was working as at the University of Portsmouth, Hants, at the time of the allegations, as a lecturer on a Certificate of Higher Education Paramedic course.

In June 2019 Maxon asked a class of up to 20 students in a ‘cheeky, arrogant way’ for their ‘marital/relationship status’ and ‘sexual orientation’.

He was described by one student as being ‘loud and obnoxious’ and by another as being an ‘aggressive and shouty person’.

Two days later, during a practice ‘cardiovascular assessment’ involving two students, Maxon made a comment regarding one female student who was feeling under the weather.

The trainee, identified only as Colleague A, told the tribunal: ‘I volunteered to do the assessment on one of the other students… I was not feeling well on this day as I had a cold.

‘I apologised for my cold to the person I was practising the assessment on and everyone laughed. 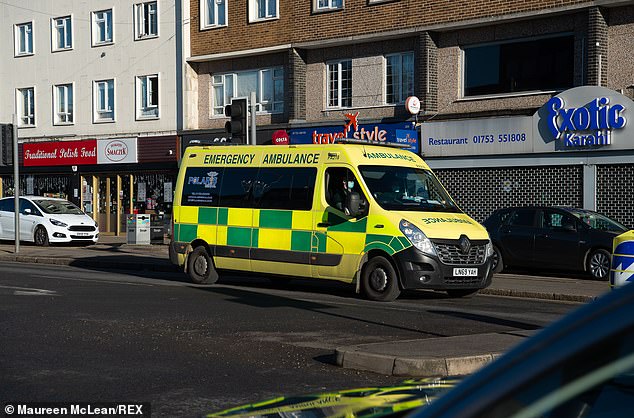 Maxon was employed by South Central Ambulance Service NHS Foundation Trust at the time he made the sexually suggestive comments, working as a lecturer on a Certificate of Higher Education Paramedic course with trainees

‘Richard Maxon then turned to [the male colleague] and said, ‘Is this going to ruin your image of her tonight?’, and then rubbed his hands up and down his legs suggestively.

‘I was very embarrassed and [his] comment made me feel dirty, it was extremely unprofessional. [The male colleague] and I both blushed and Richard Maxon commented on how red we had both gone.’

The following week, on July 2, the panel found Maxon again subjected the same female trainee, Colleague A, to more sexualised comments, including asking her ‘Have you shaved your legs?’ during another practical demonstration.

Later that same day, noticing the ‘odd’ way Colleague A lowered herself to sit on the floor, the panel heard he commented, ‘You must make your fella happy at home… Oh no, wait, you’re single, aren’t you?’

Again on the same day, as Colleague A bent down to pick up a syringe for Maxon, he said ‘Whilst you’re down there, love…’ in what the young trainee described as a ‘suggestive and dirty manner’.

She added: ‘Nobody in the classroom laughed and again, I was very embarrassed.

‘I had reached the end of my tether at this point. Therefore, I did not react.. I sat up and gave him the syringe.

‘[I have] never felt so demeaned or humiliated in my life.’

Maxon denies he made the comment but again commented if it was said it was ‘just mess room banter’.

Despite being told he understands ‘the old style banter is no longer appropriate’ and insisting he would change his behaviour to ensure it was ‘more fitting for changing times’, the panel deemed Maxon’s actions to have impaired his conduct.

It said: ‘[Maxon’s] comments were of a sexual nature and directed towards a young female, in the context of a significant power imbalance.

‘The panel concluded that [Maxon] had sought to minimise his culpability, denying the more blatant allegations and playing down the seriousness of them (i.e. suggesting if they were said, then the context was a jokey ‘Benny Hill’ manner) and disputing that there was any sexual connotations.’

The panel imposed a suspension order of six months, to be reviewed again in July 2022.

Alfred Hawthorne ‘Benny’ Hill was an actor and comedian famed for the slapstick, burlesque and double entendre comedy, especially in The Benny Hill Show – which ran from 1955 and 1989 and was among the most watched programmes in the UK with a peak audience of over 21 million.

Betamars Has Raised Another $2.5 Million in a Seed Investment Round
Technology