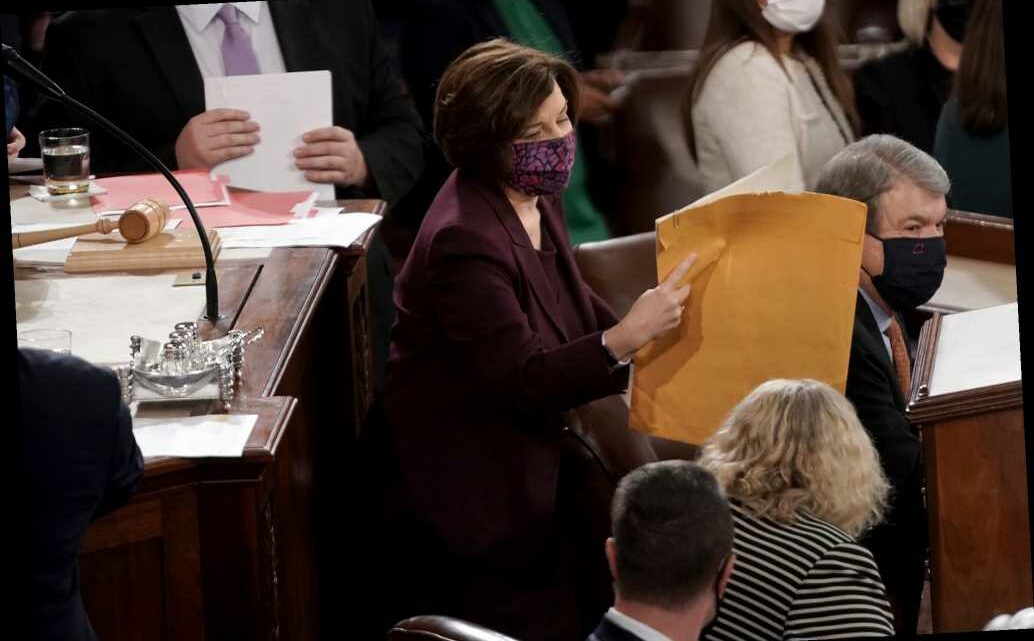 ​When supporters of President Trump overran the US Capitol as Congress prepared to certify the Electoral College tally, staffers scooped up the ballots so they wouldn’t be damaged in the chaos, Sen. Amy Klobuchar said on Thursday.

The Minnesota Democrat described how the members of Congress were informed that Capitol security had been breached and they were told to leave the chamber.

“And one of the smart things the staff did, and this has been little noted, was take the verified ballots with them from each state. Because they would, for certain, have been ransacked and taken if they had not been – if they had been left there,” Klobuchar told NBC’s “Today.”

The mayhem broke out after a mob stormed the Capitol, as a joint session of Congress met to certify the Electoral College, and interrupted the proceedings for hours until law enforcement could remove the rioters from the complex.

Klobuchar said even as she and the other legislators watched the chaos after being removed to secure areas, they prepared to return to certify the results.

“So we went to another room, and the entire time … our goal was to get back. No matter what state that chamber was in, knowing that there had been people there had been standing at our dias, to show the American people, as horrific as this was, that thugs and anarchists and people – basically people engaging in insurrection – would not prevail. That democracy would prevail,” she said.