Scottish Labour Students re-tweeted a post about a trans pride march in London where activists claimed cops had unfairly intervened. 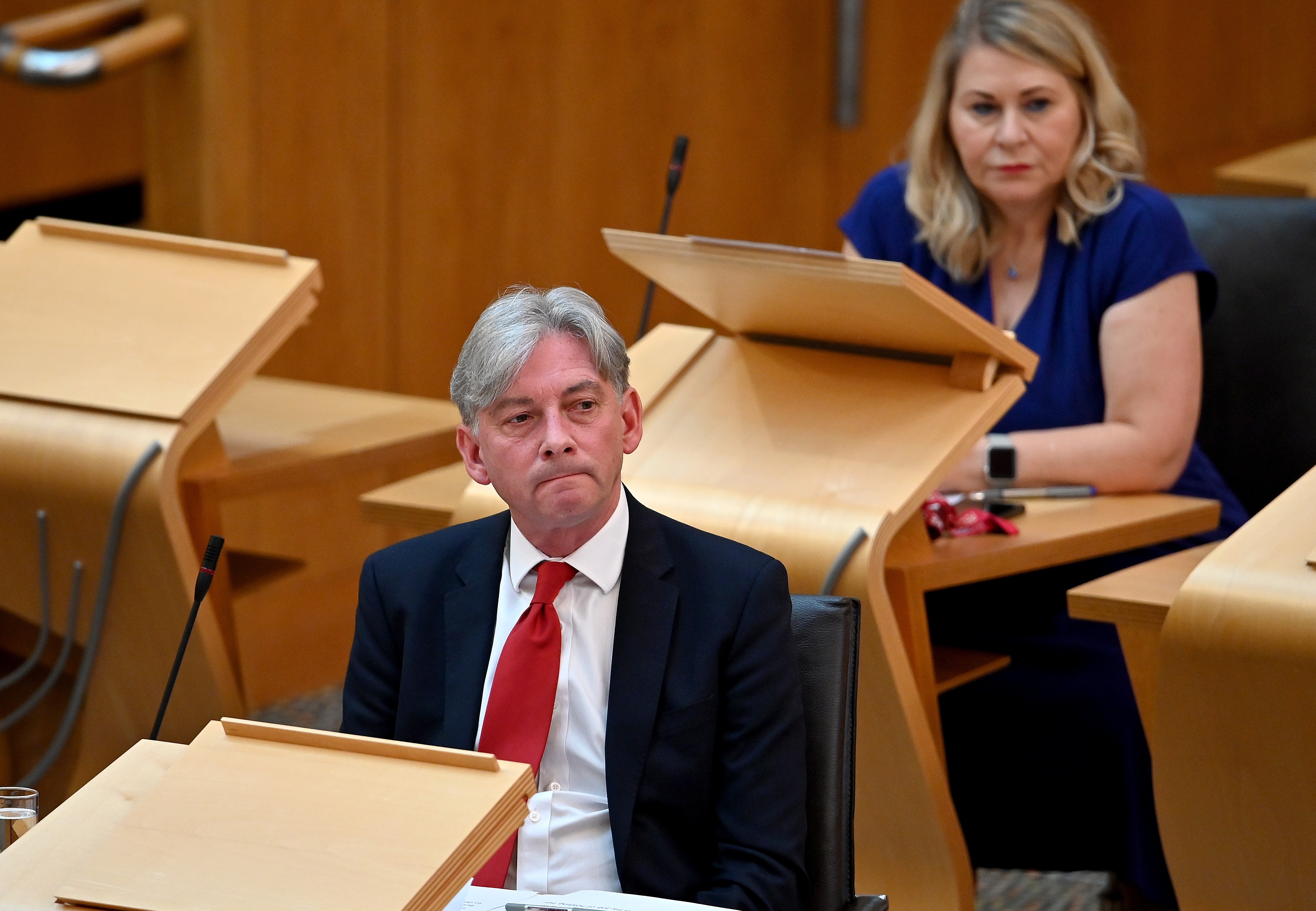 And the Labour account said: “To be clear: ACAB”.

The ACAB acronym is well-known around the world as standing for “All Cops Are B******s”.

It is linked historically to protests about police brutality.

Tonight, Scottish Police Federation general secretary Calum Steele said: “I am sure the thousands of officers, who place their lives on the line every single day, and their families and friends will consider the reaction of the Scottish Labour Party to this outrage when they come to casting their ballot next year. 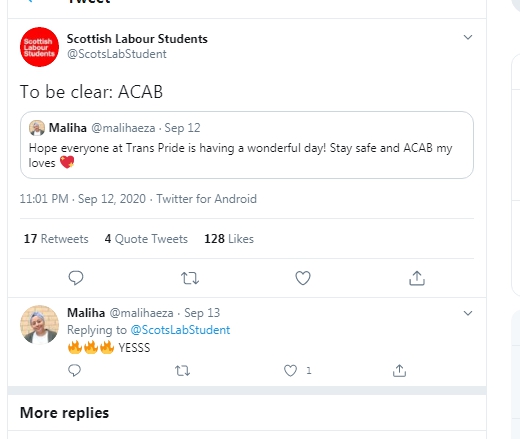 “Student politics is hardly renowned for its maturity or tolerance but even this plumbs new depth.

“Ordinarily the SPF would not give this pathetic display any oxygen but that ship has sailed.

“If the Scottish Labour Party is pinning its hopes of resurgence on its student contingent, it might be better placed to direct its efforts elsewhere.” 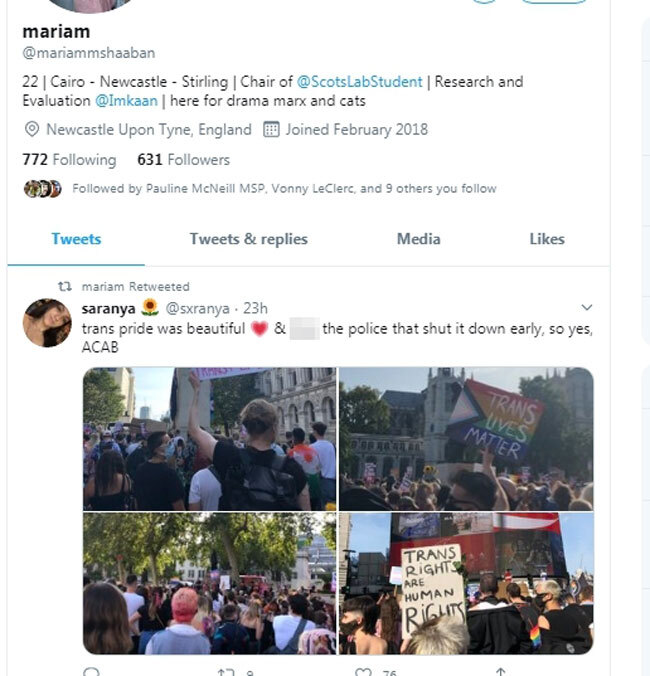 It was sent on Saturday September 12 at 11:01pm, hours after the London Trans+ Pride March, and was still online today, two days later.

Trans activists had claimed on social media that police cut short the event in central London, held amid strict Covid regulations on gatherings.

She also re-tweeted a second post which said: “Trans pride was beautiful Growing heart & f**k the police that shut it down early, so yes, ACAB.”

There was a mix of condemnation and support in responses to the Scottish Labour Students “ACAB” tweet.

Another said: “The student wing of Scottish Labour tweeting ACAB? Right, you’ve officially lost it. Just another reason we will never win in Scotland again.

A third said: “ACAB is nothing but nonsense, semi-popular on twitter for a couple of likes by woke students but in the real world voters know it’s utter bollocks – a fantasy world – and the last thing Labour in either Scotland or England need is to alienate the large large majority of voters.”

And a fourth said: “Whoever runs this account is a disgrace. I hope sane, reasonable voices in the organisation clarify its position asap.”

One person insisted that ACAB “doesn’t mean what you think it does” but did not explain what else it meant.

Another replied: “If you don’t believe that all members of the police force are bastards, don’t use the phrase all cops are bastards. Words have a meaning.”

And another told the Labour student group: “You’re utterly repugnant.”

Tonight, after we contacted them, Scottish Labour Students said: "We stand by our members and won't allow them to be singled out and harassed."

He added: "Our officers are on the front line keeping us safe – especially during the global pandemic. When we run away from danger they run towards it, for no other reason but to keep us safe. Every right minded person should condemn Scottish Labour Students for their shameful tweet."

Citigroup to Resume Job Cuts After Pausing for Pandemic