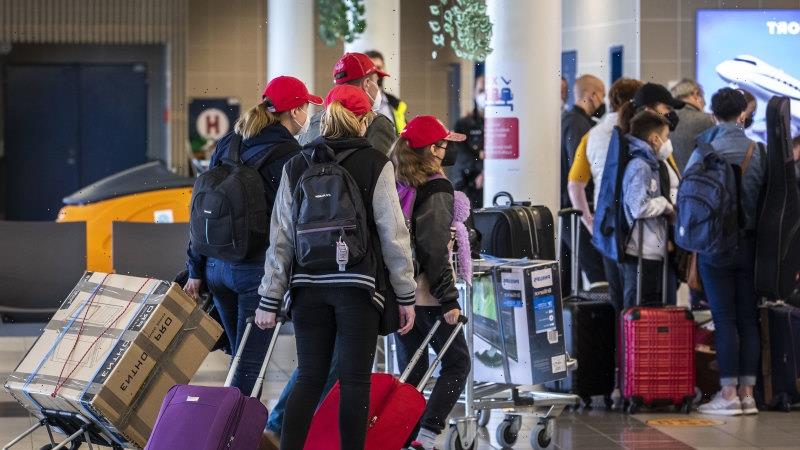 Prague: A Russian charter plane took home dozens of Russian embassy staff, abruptly ending what Czech officials say was a decades-old practice by Moscow of using a disproportionately huge mission in Prague as a base for its spy activities.

The Czechs sent home 123 Russian staff and family members from the embassy on flights on Saturday and Monday (Sunday and Tuesday AEST), on top of 18 staff already branded spies and expelled in April, when Prague accused Moscow of blowing up an arms depot in 2014. 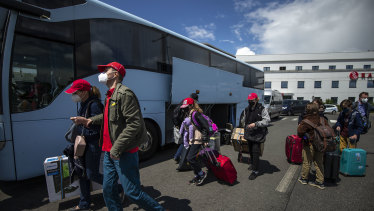 Employees of the Russian embassy in Prague and their families arrive to board a Russian government plane at Vaclav Havel Airport in Prague, Czech Republic. Credit:Getty

Under a new agreement, Russia and the Czech Republic will each limit the size of the other’s embassy to just seven diplomats and 25 support staff.

Russia has denied a role in the Czech arms depot explosions, in which two people were found dead. The Russian embassy did not respond to emails and phone calls seeking an explanation for why its mission in a country of 10.7 million people had been so big.

Several former Czech intelligence officials said the huge Russian embassy had long been a headache for them – and an important asset for Moscow.

“When you can have 140 people here, you have let’s say 80 people as members of the FSB, GRU or other (intelligence) services, than it is of course beneficial because they do not have anything like that elsewhere,” said Karel Randak, former director of Czech intelligence. 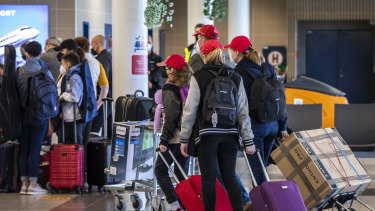 Although the Czech Republic is now a member of NATO and the EU, the huge Russian embassy was a relic of the Soviet era, when Czechoslovakia was a satelite of Moscow, said Jiri Schneider, former deputy foreign minister.

“The Soviet embassy in then Czechoslovakia, with hundreds of thousands of Soviet occupation troops, was an embassy in a colony,” Schneider said.

At the Vaclav Havel Airport, named for the writer who became president after leading the Velvet Revolution that toppled Communist rule, the Russian diplomats queued at Terminal 3, used for charter flights, to board a government plane. 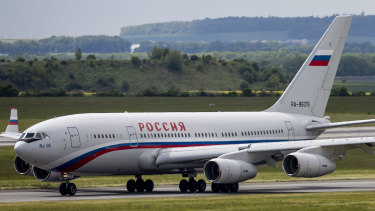 The embassy, housed in a villa in the leafy Bubenec neighbourhood built by a pre-war industrialist and nationalised after World War II, grew after a 1968 Soviet-led invasion of Czechoslovakia crushed a reform movement.

Although Soviet troops pulled out in 1991, Russia was still able to maintain its huge embassy, Czech experts said, due to diplomatic protocols that meant any tit-for-tat reduction would have hurt the smaller Czech Moscow mission in Moscow more.

The Czech counter-intelligence agency, BIS, said in its 2019 annual report that the mission’s size made controlling Russia’s intelligence efforts “extremely difficult”. For example, it has maintained a huge fleet of cars, off-limits to police.

Because of its central location, Czech territory could also be used by Russian agents for electronic eavesdropping, said Jan Padourek, former deputy director of Czech intelligence.

“The Czech Republic has an important geostrategic location on the frontier with the then West, which allowed for the use of technical means, not only human intelligence, to monitor the neighbouring Western countries.”

0x Announces It’s Launching On Polygon To Scale Its Solutions