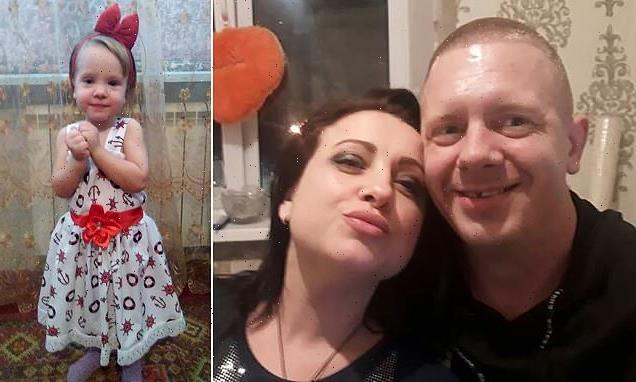 Girl, two, dies from ‘alcohol poisoning’ in Russia after she was found comatose alongside her mother as cops probe whether they both consumed fake booze

A two-year-old girl has died in Russia from ‘alcohol poisoning’, one of hundreds of similar deaths in the country this year.

Taxi driver Andrey Metkin, 38, found both his toddler daughter Anna, 2, and partner Olga Charonova, 43, passed out at home in Noginsk, Moscow, when he returned from a night shift.

Police probed whether fake vodka was involved as they kept investigations open and started a criminal case to determine if there was parental ‘negligence’. 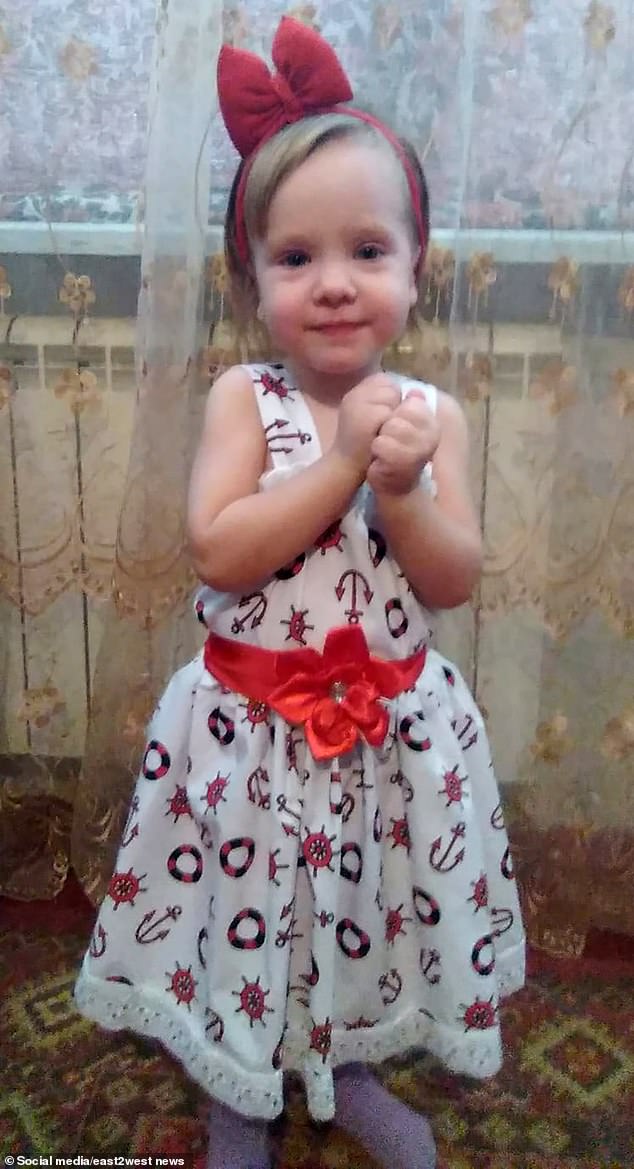 Russian toddler Anna, 2, (pictured) was rushed to hospital in Noginsk, Moscow, but later died in the intensive care unit from ‘alcohol poisoning’ 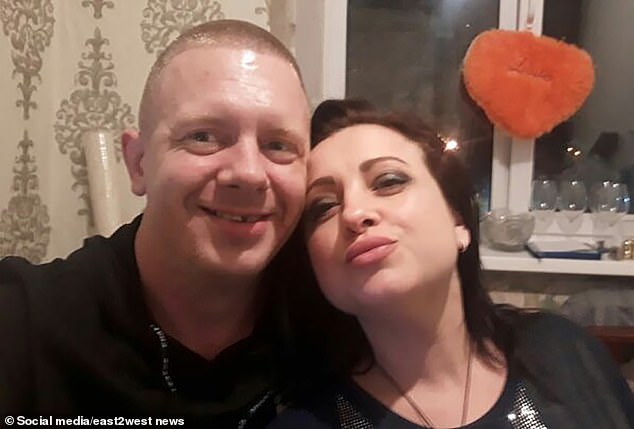 Her taxi driver father Andrey Metkin, 38, (left) found Anna and his partner Olga Charonova, 43, (right) passed out at home when he returned from a night shift 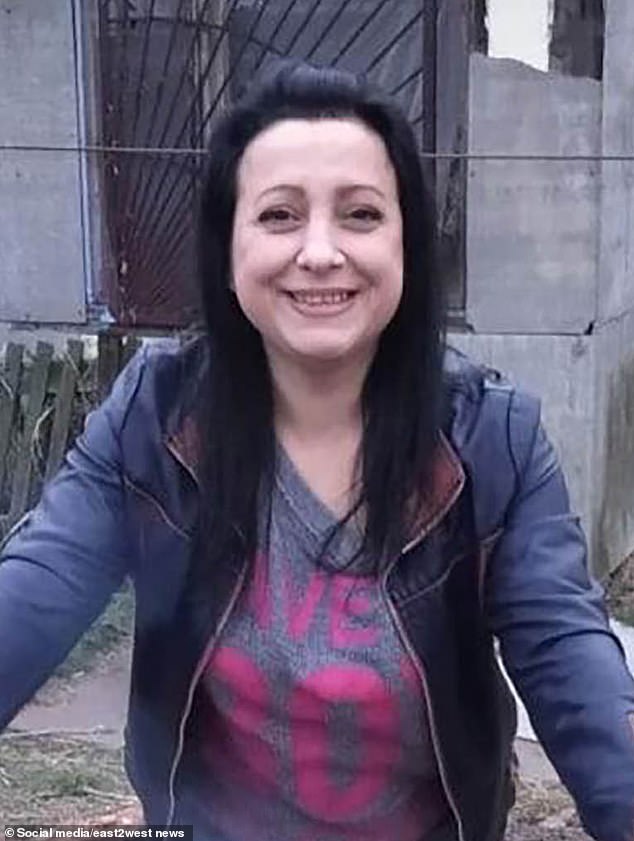 So far this year 774 people have died from alcohol poisoning in Russia, with 66 of them happening in October.

Anna’s father came home from his night shift expecting his daughter to ‘run into his arms’ as usual.

Mr Metkin said: ‘When I came back they were lying on the bed unconscious.

‘I immediately called an ambulance and they were taken away.

‘I had never noticed her drinking before.

‘I don’t understand how it happened.’

The toddler was rushed to hospital in Noginsk but later died in the intensive care unit.

Her mother survived but told police six days later she had no recollection of the events that led to the poisoning.

The girl’s death follows a spate of fatalities in Russia from fake vodka containing methanol in the past month.

Bottles of a cheap alcohol beverage ‘Red Berry’, with around 14 per cent alcohol content, were found in their home.

Police testing was underway to assess the source of the poisoning and whether it was from fake alcohol.

It comes after five young children were orphaned after their parents both died after drinking bootleg vodka, a counterfeit alcohol containing highly toxic methanol, in Orsk, southwest Russia.

What is alcohol poisoning and how to you treat it?

What is alcohol poisoning?

Alcohol poisoning occurs when a person drinks a toxic amount of alcohol, usually over a short period of time (binge drinking).

Being poisoned by alcohol can damage your health or even put your life in danger.

Alcohol poisoning is a leading cause of poisoning in England, especially among young people.

It’s important to avoid misusing alcohol and to be aware of how much you’re drinking and the effect this could have on your body.

Signs and symptoms of alcohol poisoning

The signs and symptoms of alcohol poisoning include:

In the most severe cases, alcohol poisoning can lead to coma, brain damage and death.

When to seek medical help:

If you suspect alcohol poisoning, dial 999 immediately to request an ambulance.

The level of alcohol in a person’s blood can continue to rise for up to 30 to 40 minutes after their last drink.

This can cause their symptoms to suddenly become much more severe.

You also should not try to ‘sober them up’ by giving them coffee or putting them under a cold shower, for example.

These methods will not help and may even be dangerous.

Bitcoin as a basis of stable economy
Technology