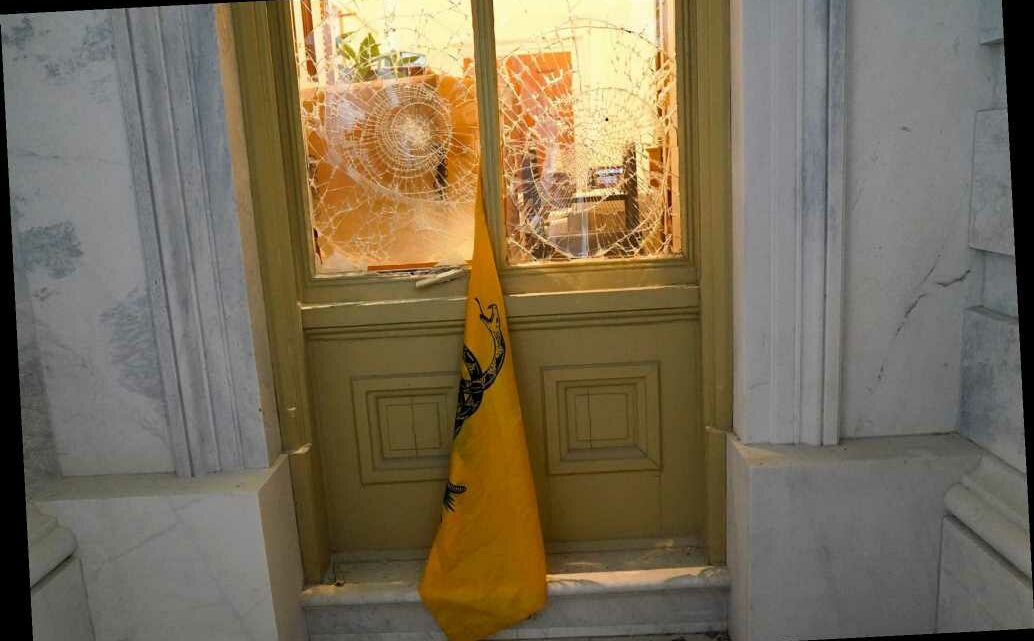 Rioters leave trail of damage throughout US Capitol building

Images from the Capitol show a trail of vandalism and destruction after the building was stormed by supporters of President Trump — including a shattered mirror inside the office of House Majority Leader Nancy Pelosi.

A photo of the Bush family sits under the mirror.

The furious mob that breached the US Capitol, forcing the Washington DC into a lockdown, left shattered windows throughout the historic legislative chamber, the photos show.

One video shows protesters smashing a window and pulling out furnishings, including a lamp and a chair.

In other footage media equipment is being smashed by the crowd.

One rioter is seen carrying a podium out of the Capitol Rotunda before police cleared the building — and are still assessing the damage.

One other image shows a window to the Capitol shattered, with a “Don’t Tread On Me” flag left handing from the broken glass.

Reports from inside the building also described debris and papers strewn about.