Jealous restaurant worker, 32, who lay in wait for ex-girlfriend’s new man then stabbed him 17 times in a frenzy after watching couple stream their first kiss on Facebook Live is jailed for 16 years 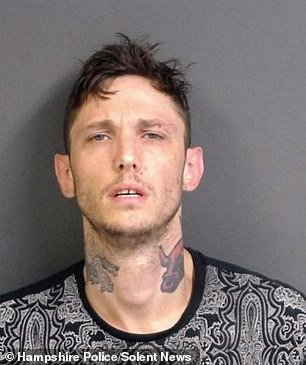 A jealous restaurant worker was today jailed for 16 years for trying to murder his ex-girlfriend’s new partner by stabbing him 17 times after seeing the pair’s first kiss screened on Facebook Live.

Just two weeks before the attack, on August 19 last year, Luff saw a video of 24-year-old Miss Price and Mr Birch sharing their first kiss on a Facebook live stream.

Angry with his former girlfriend of five years, Luff confronted Miss Price before sending a message to her new boyfriend telling him: ‘This has hurt me and broke me, I still want and love her – it’s killing me.. You better look after her.’

The court heard Luff then called the TGI Fridays in Fareham, Hants, to ask when Mr Birch would be working, before launching his ‘deliberate and carefully planned’ attack.

Mr Birch was stabbed 17 times and suffered three wounds to his chest, one of which was ‘directly over the heart’, as well as wounds to his neck, back and arms and a punctured lung.

Today at Portsmouth Crown Court, Hants, Judge Roger Hetherington jailed Luff for 16 years – half of which will be served out on licence.

Judge Hetherington said: ‘You were incensed at seeing your ex partner Chantelle Price kissing Nathan Birch at the Slug and Lettuce pub. 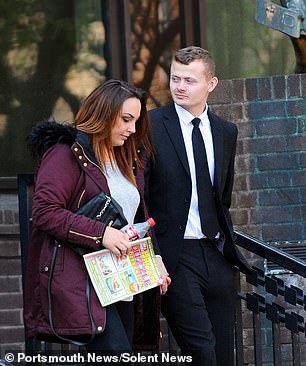 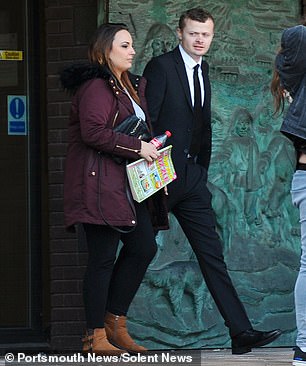 ‘You told Mr Birch to ‘watch his back’ and he was clearly threatened by this and as a result carried a rounders bat in his rucksack as a form of self-defence should he need it.

‘You made multiple anonymous calls to TGI Fridays and were able to calculate when Nathan Birch would be cycling home on this particular day.

‘You armed yourself with a knife, wore gloves, were driven and dropped at a nearby street, hid behind a parked vehicle and lay in wait for Mr Birch.

‘When he left the restaurant on his bicycle you punched him and continued to punch him with the knife in your hand, stabbing him 17 times.

‘You may not have gone to the restaurant with an intent to kill Nathan Birch, but I am certain during the attack your mind changed.

‘I have no doubt you were overwhelmed with jealousy because you had lost Chantelle Price to Nathan Birch.

Nathan Birch, 24 (pictured) was left unable to work for a month after the attack outside TGI Friday’s in Fareham, Hampshire

‘As a result of your actions you will miss the opportunity to be a part of your children’s lives as they grow up.

‘I am sentencing you to 16 years, eight of which will be served in prison.’

A victim impact statement from Mr Birch said: ‘Nine months on and I have been left with a long-term impact both physically and mentally.

‘I returned to work a month after the attack, and only recently started cycling to work.

‘I suffer major anxiety when I ride to work, especially cycling past where the attack took place.

‘I find myself always looking over my shoulder seeing if someone is going to attack me.

‘This is something I will never forget.’

Terrified Miss Price was on the phone to Mr Birch, both from Fareham, when Luff launched the late-night attack.

Despite being brutally attacked, Mr Birch escaped when Luff fell as he tried to kick his victim into the ditch.

When paramedics arrived at TGI Fridays they had to re-inflate his collapsed lung and rush him to hospital.

Mitigating, Sarah Jones QC said: ‘Mr Luff has three children, and he is now facing the harsh reality of his actions by missing their childhood.

‘Since being held in custody he has helped officers confiscate weapons from other prisoners – including persuading another prisoner to hand over a weapon to him, which he gave to prison officers.

‘Unfortunately his change in behaviour might be too little too late. 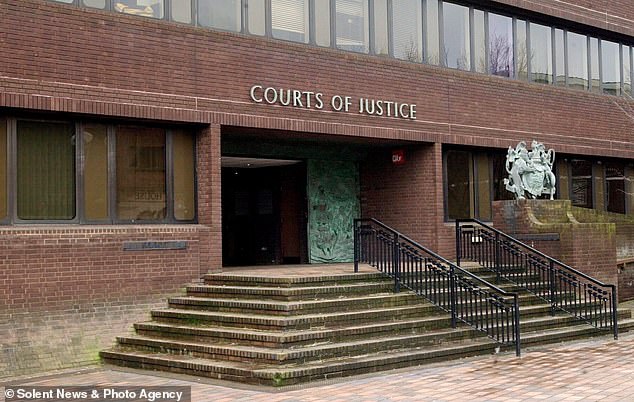 Luff knifed Mr Birch with a blade over and over two weeks after seeing him kiss his ex-girlfriend Chantelle Price in a Facebook Live video, Portsmouth Crown Court (pictured) heard

‘It was a huge mistake and he will have years to regret it.’

Prosecutor Simon Jones told the court: ‘The defendant embarked upon a violent, frenzied attack, punching him to his body and although Nathan Birch tried to defend himself he was overpowered – it was no use.

‘He produced that knife in what turned out to be a frenzied attack, and the sheer number of wounds, two of which requiring considerable force to administer, show this was a man intent on killing Nathan Birch.

‘He carried the knife inside his jacket on a warm day, the crown submit it was a deliberate and carefully planned attack – having previously told Mr Birch to ‘watch his back’ outside the Slug and Lettuce pub.

‘He also said he would do ‘anything it takes’ to win her back.’

ASK Italian worker Luff denied the attempted murder but was convicted by a jury, he remained emotionless as he was jailed.

Mueller files show Flynn under investigation earlier than thought, as brother alleges effort to 'trap him'