A restaurant chain boss used to struggling to recruit new staff has received more than 800 applications for 15 new roles.

Mr Chadwick said: ‘Usually we would be lucky to have 20 people applying for the jobs that we were advertising for – with many not even turning up to the interview.

‘Pre-pandemic, it was very difficult to recruit staff because the jobs market was solid.

‘But now we’re in a different situation.

‘In one respect it’s wonderful as we managed to get the people we needed but in reality, it’s very sad for others.’ 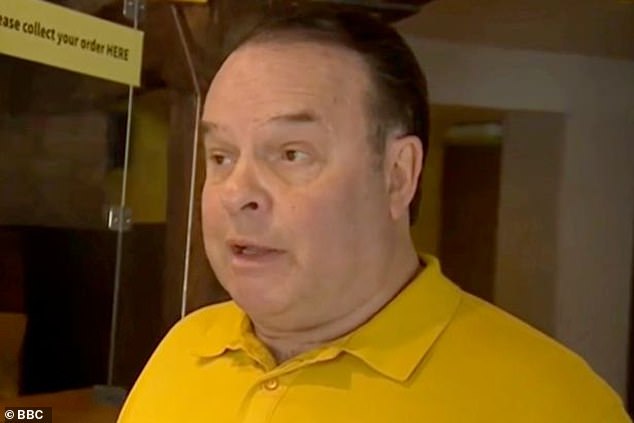 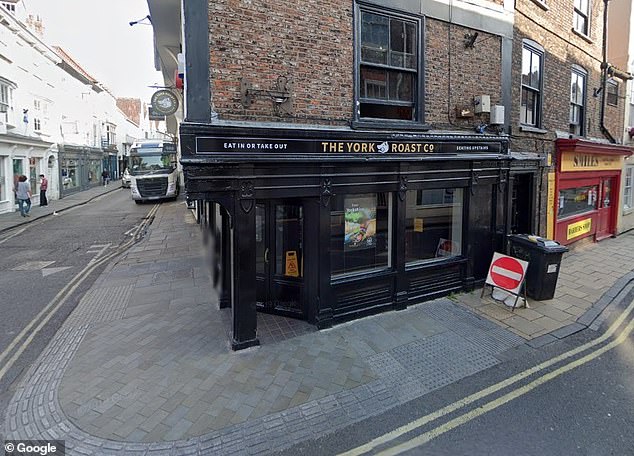 Normally the York Roast Co struggles to get applicants to job openings, but with thousands out of work, its owner says the food firm has been inundated with applications

The revelation from the York-based company confirms reports yesterday that thousands of people are applying for jobs which would only have attracted a handful of applicants before the virus crisis.

Jobs site CV-Library said it received a record number of applications last month as huge numbers of professional workers were made redundant or were furloughed.

Nationally, 81,000 employees lost their jobs in July, with about 730,000 UK workers having been taken off the payrolls since the coronavirus lockdown began in March.

Figures show that Britain has collapsed into its largest recession on record after the coronavirus lockdown sparked a 20.4 per cent contraction of the economy between April and June.

CV-Library chief executive Lee Biggins said: ‘On average, our clients’ jobs receive around 25 applications per vacancy, so these figures really are massive.

‘The job market has done a complete 180, so, while companies may have struggled to recruit before the pandemic, they’re now being bombarded with applications from professionals who are desperate for a new job.

‘Of course, this is good news for companies that are recruiting, but it does mean you need a robust hiring process which enables you to easily monitor applications, screen applicants and make the right hires, quickly and effectively.’

What does the recession mean for Britain’s job seekers?

The coronavirus crisis has seen the UK plunge into recession for the first time since the 2008 financial crisis.

Countries worldwide have been hit by the pandemic, but Britain suffered the biggest second-quarter contraction of all the major economies.

Here we look at some of the key questions surrounding the economy’s record-breaking recession and what it means for Britons.

Why is the UK in recession and what does it mean?

The Office for National Statistics (ONS) officially declared the UK in recession – the steepest on record – after the economy plunged by a record 20.4 per cent between April and June due to the coronavirus lockdown.

This follows a 2.2 per cent contraction in the previous three months and means the UK entered into a technical recession, as defined by two successive quarters of falling output.

It marks the first time since the 2008 global financial crisis, when the UK fell into a year-long recession.

Why has the UK economy been the hardest hit among the major global economies?

Britain’s second quarter contraction was the steepest of all the major economies, worse even than Spain’s 18.5 per cent tumble and more than double the 9.5 per cent plunge seen in the United States.

Experts say some of this is down to the later timing of Britain’s lockdown in March and the path of easing restrictions.

But the hit is also down to the make-up of Britain’s economy, which relies on the services sector for more than three-quarters of its output.

The services sector – spanning retail and hospitality to banks and real estate – has been knocked particularly badly by the lockdown, with restrictions easing only slowly for many and some activities still not fully open.

What does the June rebound in the economy mean?

Monthly data showed gross domestic product (GDP) grew by a better-than-expected 8.7 per cent in June, following expansion of 2.4 per cent in May, as lockdown restrictions eased further.

With non-essential shops having reopened for business in June, it meant the powerhouse services sector notched up growth of 7.7 per cent.

Restaurants, hotels and pubs have also since reopened, which is expected to lead to an even bigger bounce-back in July and August.

Experts believe the third quarter overall will see steep growth, meaning the UK will see a swift exit from recession.

Does that mean the UK economy is already out of the woods?

Unfortunately not. Despite growth over the past two months, the economy is still 22.1 per cent smaller than it was at the end of 2019.

And there are fears the UK faces a long road ahead to economic recovery, given the threat of a second wave and possible further lockdowns, with a jobs crisis also on the horizon as Government support measures come to an end.

What does it mean for Britons?

Recessions ultimately have an impact on living standards, but the full effect will largely depend on the scale of unemployment and how long it takes for businesses and the jobs market to recover.