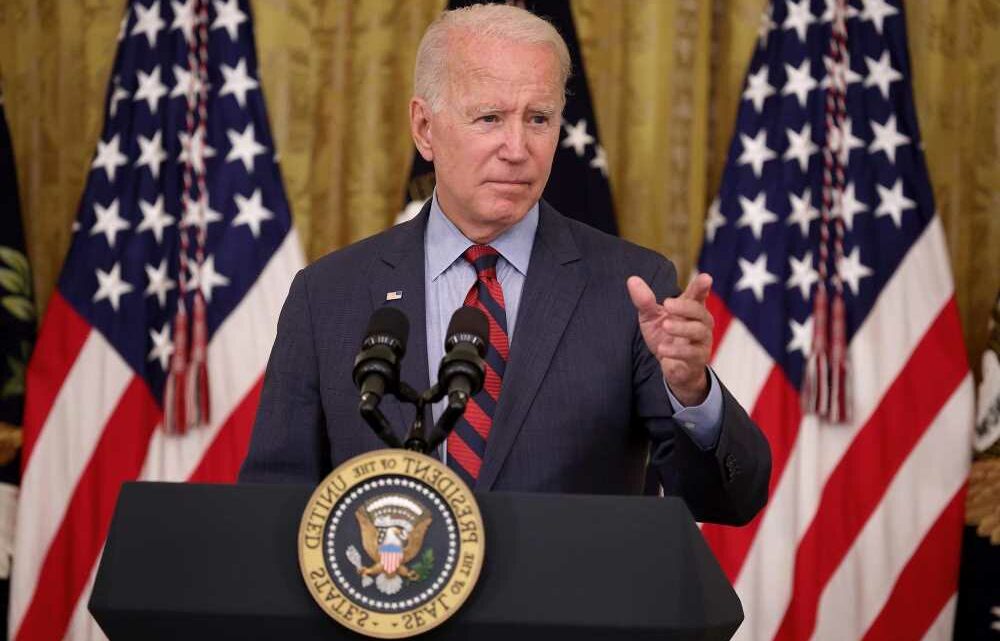 US will offer COVID vaccines to migrants in custody: report

At a news conference in March, President Joe Biden pooh-poohed surging illegal migration at the southern border as an ordinary, seasonal problem. “It happens every single, solitary year,” he said, and to some extent he was right: Usually, illegal border-crossing rises through the spring and drops off in June and July, as temperatures rise and the trek gets more dangerous.

But that isn’t what’s happening this year.

Apprehensions at the border have risen every month since April, with a huge spike after Biden took office in January and an even bigger one in February. In May, federal authorities made more than 180,000 arrests at the border, and in June, when we would have typically seen the numbers begin to drop off, arrests topped 188,000.

The July total is likely to exceed 210,000, according to a Biden administration federal court filing this week. Federal agents haven’t encountered that many people on the border in a single month in 21 years. So far this fiscal year, more than 1 million people have been arrested at the border, and we’re on pace to break the all-time record, set in 2000.

So this isn’t the typical seasonal influx. Will the media so much as remind Biden of his March hand-waving?

More important, what’s actually happening? Why are record numbers of people risking a dangerous border crossing in the sweltering heat? The answer is simple: They know Team Biden will let them stay.

White House Press Secretary Jen Psaki can lie all she wants about how the administration is still enforcing Title 42, the public-health order former President Donald Trump authorized at the outset of the pandemic that allows most migrants to be quickly expelled to prevent the spread of the coronavirus.

But the truth is, the Biden administration has been quietly gutting Title 42, allowing greater numbers of families and single adults into the country and then releasing them, in some cases without court dates, but simply a notice to contact an immigration court and schedule a hearing at their convenience.

Word travels fast from the border, and the more migrants who are released, the more it convinces those in source countries that if you can just get across the Rio Grande, you’ll be released.

At this point, it isn’t just impoverished people from Mexico and Central America who are coming, but families and adults from all over the world. Migrants from South America, Asia and Africa are showing up in record numbers up and down the frontier.

In the small, South Texas town of Del Rio, middle-class Venezuelans are showing up with passports and cash to pay their own way north. Brazilians are disproportionately crossing in Yuma, Ariz. Border officials have never seen these patterns before, and it suggests that the COVID-19 pandemic, and the economic hardship it has caused worldwide, are driving an historic wave of illegal immigration.

On the border itself, that means large numbers of migrants who have COVID are crossing into the US — and being released. In McAllen, Texas, the epicenter of the crisis, a record 7,000 COVID-positive migrants have been released downtown since February, including more than 1,500 last week.

The city’s nonprofit shelter for migrants is overwhelmed, with nearly 2,000 migrants arriving there every day so far in August at a facility that can only house 1,200 people. McAllen’s mayor declared a state of disaster this week and erected tent facilities to house COVID-positive migrants.

According to the city, some 87,000 migrants have passed through McAllen so far this year. That’s more than half the entire population of the city.

In smaller border towns, COVID-positive migrants are being released without the knowledge of local authorities and sheltered in hotels. Migrants who test positive are supposed to quarantine for two weeks, but there is no mechanism or authority to ensure that they do so once released from federal custody.

All of this amounts to a national emergency. Given the draconian measures Biden and other Democrats are contemplating for fighting the Delta variant, you would think the administration would also secure the border. You would think wrong.

John Daniel Davidson is the ­political editor of The Federalist.