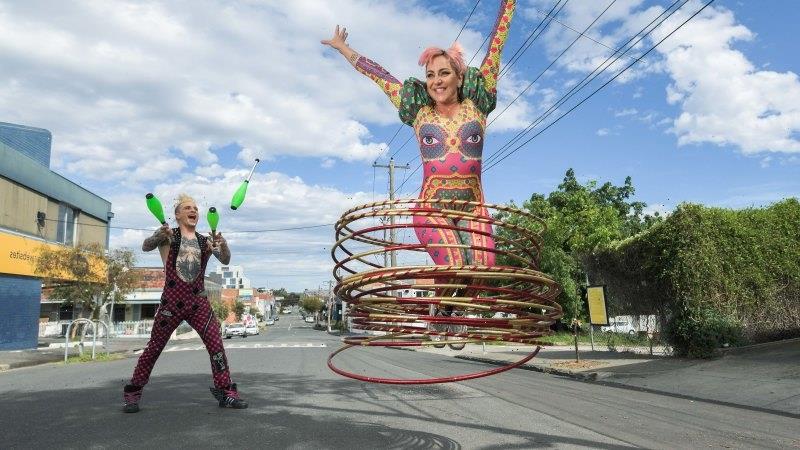 Rehearsals to restart along with grants to give arts a lift

Melbourne Theatre Company was a week away from cancelling its last 2021 production but will now have its performers back in rehearsals this week after receiving the green light from the Victorian government.

Performing artists in major productions such as those produced by MTC, Circus Oz and the Melbourne Symphony Orchestra are all joyfully preparing to re-convene with their colleagues after being suddenly shut down with the rest of Melbourne in August.

“One of our fellows leads a Zoom handstand class each morning, I think they are going to change it to cartwheels after this news,” Circus Oz executive director Penny Miles joked on Saturday.

MTC co-chief executive Virginia Lovett said the company had cancelled nearly 600 performances since March 2020 and feared the production of Shakespeare’s As You Like It starring singer Kate Miller-Heidke would not begin at all until the announcement.

“Hopefully we can help Melbourne’s recovery and give people hope that the theatre will be back going into 2022.

“We were about a week from having to cancel if we couldn’t get back into the rehearsal room, we had worked for a week and a half on Zoom but because this is a play with musicians, we had to be in the room to start putting the show together.”

Creative Industries Minister Danny Pearson confirmed the return of rehearsals on Saturday along with $15 million to support the creative industry through grants to workers and organisations as they cope with the state’s prolonged shutdown.

The funding is split into two packages. 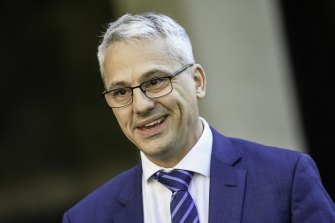 Grants of up to $5000 will be available to individuals including sole traders and freelancers. Collectives, micro-organisations and businesses will be able to apply for grants of up to $10,000.

A further $10 million will be available for larger organisations of state significance. These will include festivals, performing arts companies and others.

The leaders from MTC, Circus Oz and MSO all thanked Mr Pearson for listening to the need to let them have rehearsal bubbles so they can be ready when re-opening begins, with most productions needing at least four to six weeks to prepare.

Depending on where performances fit within the government’s recovery road map, Lovett hopes As You Like It can begin its run in November while the MSO expects its fully vaccinated orchestra will resume playing together on Wednesday morning with hopes of being able to perform as soon as they are allowed to open and soon resume tours to regional Victoria.

With 120 performers, Circus Oz won’t resume its big events until January as performers need time to regain their peak physical fitness as well as preparing for new shows, but it will have some smaller offerings such as its “sneak peak” program that allows people to come and watch works in development.

“You don’t just have to see the finished production to have that engagement with the artists, there is something quite exciting about the near misses and the tension of rehearsals which I’m sure is going to pump those artists with even more excitement to get back on the stage,” Miles said.

MSO managing director Sophie Galaise said her full-time musicians and principal conductor Benjamin Northey planned to be playing together at the Arts Centre on Wednesday. 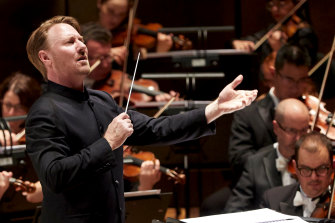 “We are different to the theatre where they need to build decor and bring everything together, we will bring the musicians on stage and start, so we just need a couple of days to reorganise the schedule and timings as that is quite precise,” Galaise said.

“It’s very different to being at home practising your violin in your living room.”

Saturday’s announcement came after some of Melbourne’s major performing arts companies warned they may not be able to reopen as anticipated by the state government’s road map because they could not rehearse or build sets in advance.

Mr Pearson said the move followed consultation between government departments and the industry.

“We’ve now been able to establish the capacity for our national performing arts companies to be able to access that rehearsal bubble,” he said.

“This is a really important step because in order to be able to perform your art, create, perform when restrictions open up, you’ve got to make sure that your artists have had the capacity to be able to try and rehearse.

“This is something that has just recently occurred through the revised directions, and that will be a really important first step to enable artists to be able to come out of that quickly and be able to respond and get back to what they do best.”

Mr Pearson said the changes would apply to large groups such as the Melbourne Theatre Company and the Australian Ballet.

“It’s about allowing them to get back to doing what they do best,” he said.

“There’ll be money that will go directly to some of the creative organisations, so it might be for example the Abbotsford Convent, it might be Bakehouse, it could be the Footscray Community Arts Centre,” Mr Pearson said.

“This is about artist practitioners at the coalface being able to be access involved, and support to keep them going at a really challenging time.”

More information will be available at creative.vic.gov.au/grants-and-support.

Attrition at TCS touches record high; it may get worse, warns management
Technology