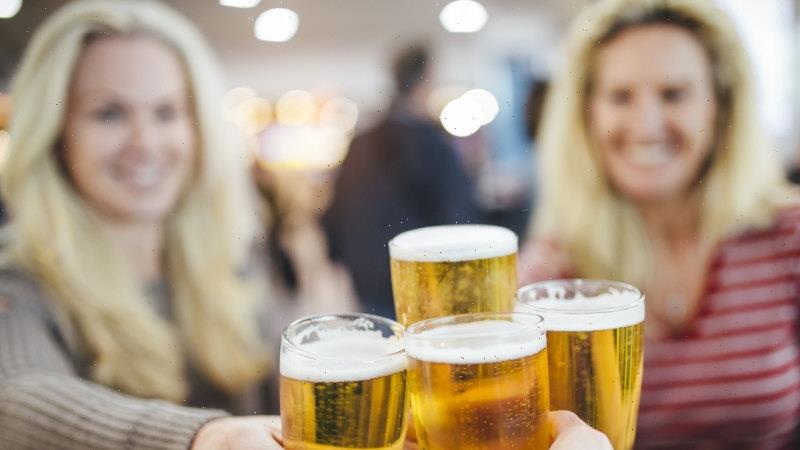 Pubs and restaurants in regional Victoria where COVID-19 cases remain low could open by mid-September under a trial for fully vaccinated customers.

Several hospitality industry sources told The Sunday Age Victoria could potentially begin a vaccine passport trial in areas with low case numbers as soon as the state hit its 70 per cent single dose target, with a pilot program to be trialled in regional areas first. 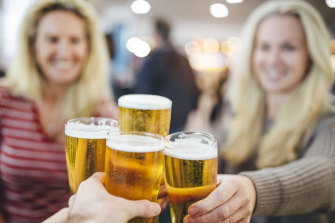 The state government is set to trial reopening pubs in regional Victoria to vaccinated customers.Credit:iStock

Based on the state’s vaccine rollout progress, Victoria is expected to hit a single dose target of 70 per cent by mid-September driven, in part, by a stronger vaccination rates in recent days and more doses of the Pfizer vaccine.

As part of the trial, pubs and restaurants want the state government to introduce a new public health order requiring staff and patrons to be fully vaccinated in order to enter a venue, as a way of protecting businesses from accusations of discrimination.

Industry groups believe the order would provide employers and businesses with adequate protection, and will take the proposal to the Andrews government within days, ahead of any vaccine passport trial.

Restaurant and Catering Association chief executive Wes Lambert said he was aware a trial was being considered and confirmed he had begun early talks with state government representatives. He said regional venues would be keen to sign up to any pilot program.

“It seems Victoria is getting closer to the NSW approach,” Mr Lambert said.

Mr Lambert said the association intended to make a submission to the state government as early as this week requesting the government use a public health order to protect hospitality businesses that refuse service to unvaccinated patrons.

“Discrimination is about something you cannot change, in this case you are choosing whether to be vaccinated,” he said.

“Private businesses always have the right to refuse business for non-discriminatory reasons and a public health order would be consistent with other orders during the pandemic.”

“We expect that the Victorian government will likely have these public health orders to deal with vaccine requirements.”

Australian Hotels Association Victoria chief executive Paddy O’Sullivan said while he had not received a formal proposal from the government regarding a vaccine passport pilot, he was upbeat about the proposal.

“We will be looking to participate in discussions with the government around how the vaccination-only policy can be introduced for Victorian pubs and hotels,” he said.

He backed a push to have the government introduce public health orders, saying it would make it easier for pubs and hotels to enforce vaccine requirements in the same way that restricted activity directions during the pandemic limited the operation of certain businesses.

“We have let them know that this is our approach, and we are looking for a mechanism in which that can be achieved,” he said.

On Saturday Victoria's Industry Support Minister Martin Pakula confirmed the government had initiated conversations with the hospitality industry and event organisers regarding a re-opening trial.

"There is not a concrete date about when that will be in place…but we think that in terms of a trial for those sorts of small gatherings which might be done in a double vaxxed-only environment, we think it makes sense to start that in regional Victoria," he said.

He said the state government was working on a plan to integrate the proof of vaccination certificate provided by Medicare with the Services Victoria App.

“You have got to fill in the details,” he said.

Stay across the most crucial developments related to the pandemic with the Coronavirus Update. Sign up for the weekly newsletter.

Tucker Carlson: Our military has been lying to us for 20 years