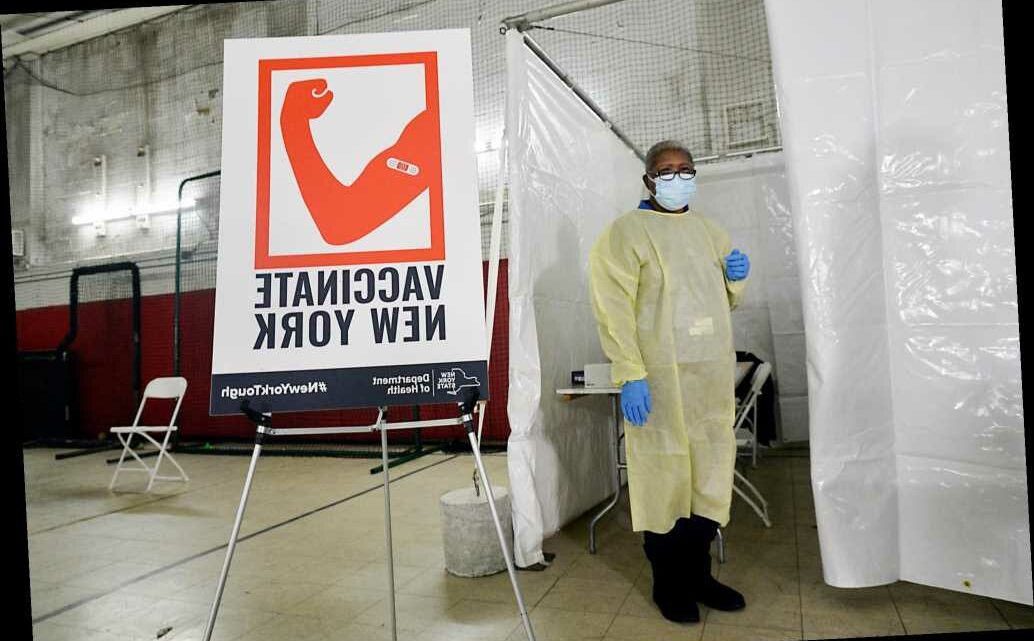 “The information we do have shows a clear disparity,” said Mayor Bill de Blasio during a City Hall press briefing. “What we see is a particularly pronounced reality of many more people from white communities getting vaccinations than folks from black and Latino communities.”

Of the 297,166 adult city residents to receive at least one dose of the two-dose vaccine who provided racial demographic data, 48 percent are white, according to the figures, current as of Sunday morning.

Asian and Latino communities each comprise about 15 percent of vaccine recipients who provided their race, while black New Yorkers make up about 11 percent of the pool.

Ten percent of recipients who provided their race identified as “other.”

However, some 40 percent of vaccine recipients did not provide racial data.

The difference is even starker among senior citizens, who are among those most susceptible to the deadly virus.

The mayor placed the blame on a combination of distrust in the vaccine among minority communities and greater ease of access to the shots for white New Yorkers.

“We’ve got to have a more systematic approach to ensuring that we focus on the places where the danger is greatest,” de Blasio continued.

Data released at the height of the pandemic, organized by ZIP code, showed that the coronavirus disproportionately impacted poor and minority neighborhoods.

To help improve access, de Blasio announced a series of steps, including re-tooling the city’s maligned scheduling web site and adding more vaccination sites in some of the hardest-hit neighborhoods, particularly tied to NYCHA developments.

He also said that hospital application forms for the vaccine — which, as The Post pointed out last week, were available only in English and Spanish — would soon be made available in many additional languages: Urdu, Arabic, Bengali, Haitian Creole, French, Korean, Polish, Russian and simplified Chinese.

The data released Sunday also included a breakdown of recipients who hailed from within the five boroughs versus outside areas.

Three-quarters of those partially vaccinated are city residents, versus 25 percent living outside the city.

Among those fully vaccinated, 72 percent are city residents, versus 28 percent from elsewhere.

The “extensive majority” of those non-city residents vaccinated, however, are believed to be public servants including cops and firefighters, de Blasio said.

Even if the vaccine were distributed equitably, the city and state have been beset of late by pronounced shortages of the shots, leading to the postponement of tens of thousands of appointments and temporary closure of inoculation hubs around the city.