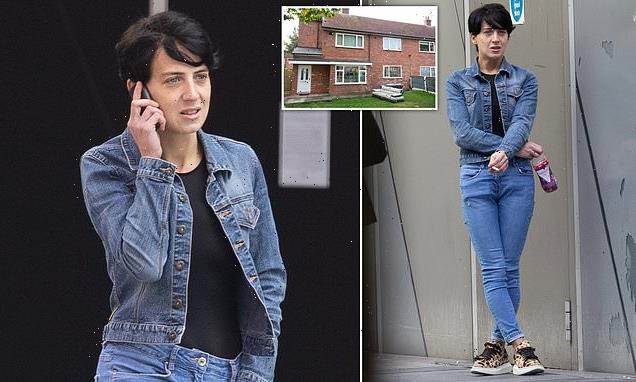 Prostitute, 29, is kicked out of council house for 'working from home'

A prostitute has been kicked out of her council property in Manchester after neighbours complained about her ‘working from home’ during the coronavirus lockdown.

Parry usually plied her trade at a brothel in Manchester city centre but she was unable to work there at the time of the offending behaviour – between November 2020 and February of this year – due to coronavirus restrictions.

She instead followed Government advice about working from home (WFH), and set up her own self-styled ‘House of Sin’ – which saw her and other prostitutes having loud sex at all hours of the day with the windows open, enraging locals.

The court heard how one morning a neighbour was asked by Parry to look after her six-year-old son while she tended to her clients, many of whom were queuing up in their cars outside.

Police intervened after one unnamed local kept a diary of illicit encounters at the house in which she told of multiple prostitutes turning up for liaisons and of one punter propositioning her while she was outside in her garden.

In one incident Parry was seen stood on the roof of her property clutching a warning letter from a housing association about her activities and yelling: ‘You are all f*****g b******s! Which one of you complained about me? I have a f*****g letter now! Which one has done it?’

She was later arrested after an incident in which she stripped naked in the middle of a busy carriageway during rush hour traffic – claiming she needed to ‘attract attention’ from passing motorists because she was fleeing an abusive client.

Parry, who now lives above a massage parlour in Blackpool, admitted charges of keeping a disorderly house, indecent exposure and causing a public nuisance.

The investigation began in November last year after Parry began complaining to neighbours about being unable to work at the brothel due to Covid.

Robin Lynch prosecuting said: ‘At that point, she started to have clients at her home address and she asked a neighbour to look after her six-year-old child at the time when she was working.

‘The neighbours started making a note and recorded multiple working girls coming to the address, working between January 18 and February 7, 2021.

‘On January 22, at about 9:30pm, one of them was looking out the window and saw three working girls enter the property.

‘She had multiple conversations with the housing officer and reported them and the defendant was warned.

‘The aggrieved party said January 27, 2021, was particularly bad in terms of noise at all times of the day and night.

‘The windows were left open when the clients were in the property and the neighbour called the police at 5am, 7.20am and 8.45am because of noises coming from the house.

‘It was people having loud sex, and the number and frequency of males coming to the flat.

‘At one point, there was a queue in the car park of people waiting. Another working girl turned up at 8.30am and the police were called and they made the individuals leave.’

Mr Lynch told the court how the unnamed neighbour was having a cigarette outside the property on February 2 when a punter approached her for paid sex.

Parry received a letter from the housing association warning her about her behaviour three days later, the court was told. 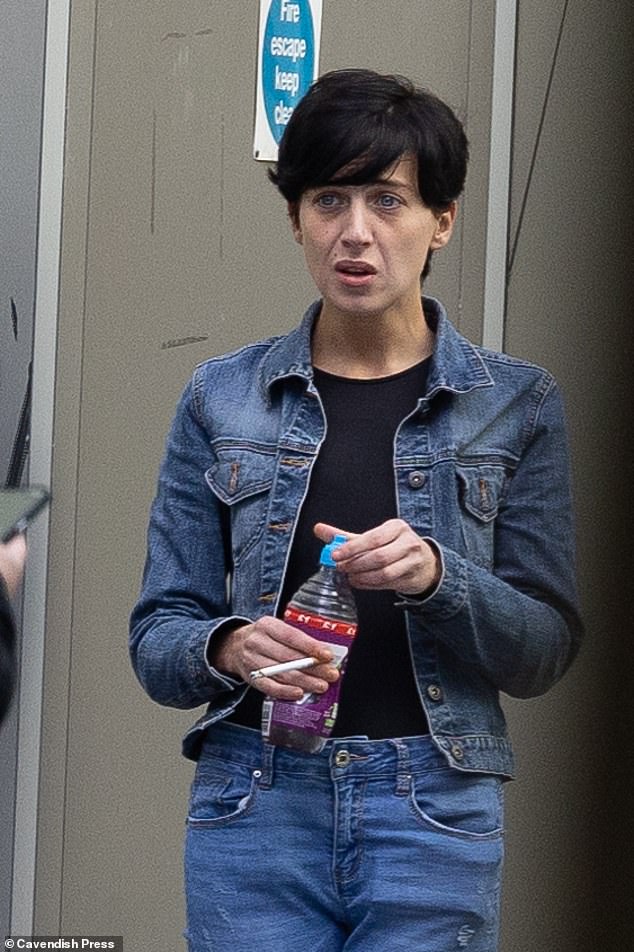 Parry (pictured), who now lives above a massage parlour in Blackpool, admitted charges of keeping a disorderly house, indecent exposure and causing a public nuisance

It was then that she stood on her roof clutching the letter as she ‘screamed’ at her neighbours, asking which one of them had filed a complaint.

Mr Lynch added: ‘On February 6, at 7.30am, the defendant turned up with three males. The noises continued.

‘These three males were coming and going all day. She said that at one point, there were ten males in the property and the noises continued throughout the course of that day.

‘On February 8, there were similar matters, and the police went round.’

Parry was detained in March after an incident in Denton when she went to a friend’s home to meet a punter only to clamber into a neighbouring property before running into the middle of Stockport Road.

She was said to have removed all her clothes and stood in front of traffic until officers arrived.

In mitigation, defence lawyer John Mitchell said: ‘As a result of Covid, she was unable to work, so she decided to work from home.

‘That caused issues, the neighbours got involved and the police are called. She then started working elsewhere, and that lead to the incident in Denton. 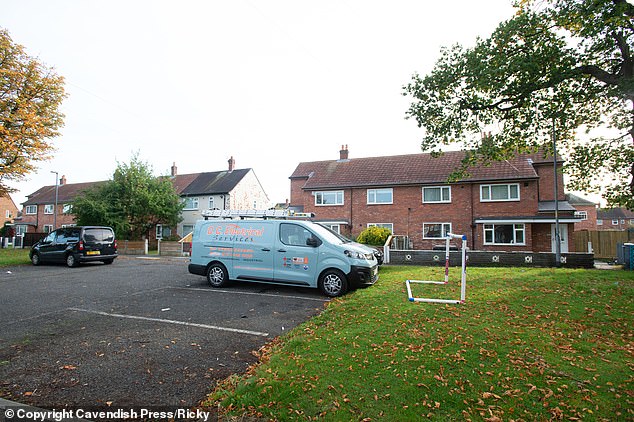 Cars were often pictured outside the property as punters queued, waiting to be serviced by Parry (Pictured: Car park outside Parry’s former property)

‘She was attacked in that house and when she has escaped she has caused the nuisance to attract the police.’

A probation report said Parry had a cocaine problem and added: ‘She has taken her clothes off, is that she was trying to attract attention because she was fearful about a threat to her life. She does currently live and work in a parlour.

‘There are risks in that, but she shouldn’t be subjected to harassing behaviour.

Parry, who also admitted criminal damage and possessing cocaine was ordered to complete a 12-month community order which will include a six-month drug rehabilitation programme.

She was also fined £80 and ordered to pay £180 in costs and surcharges.