PRITI Patel has admitted she would snitch on her own neighbours if they were breaking coronavirus rules.

The Home Sec said today she would turn people over to the police if she knew they were breaking the "rule of six" regulations and putting people at risk. 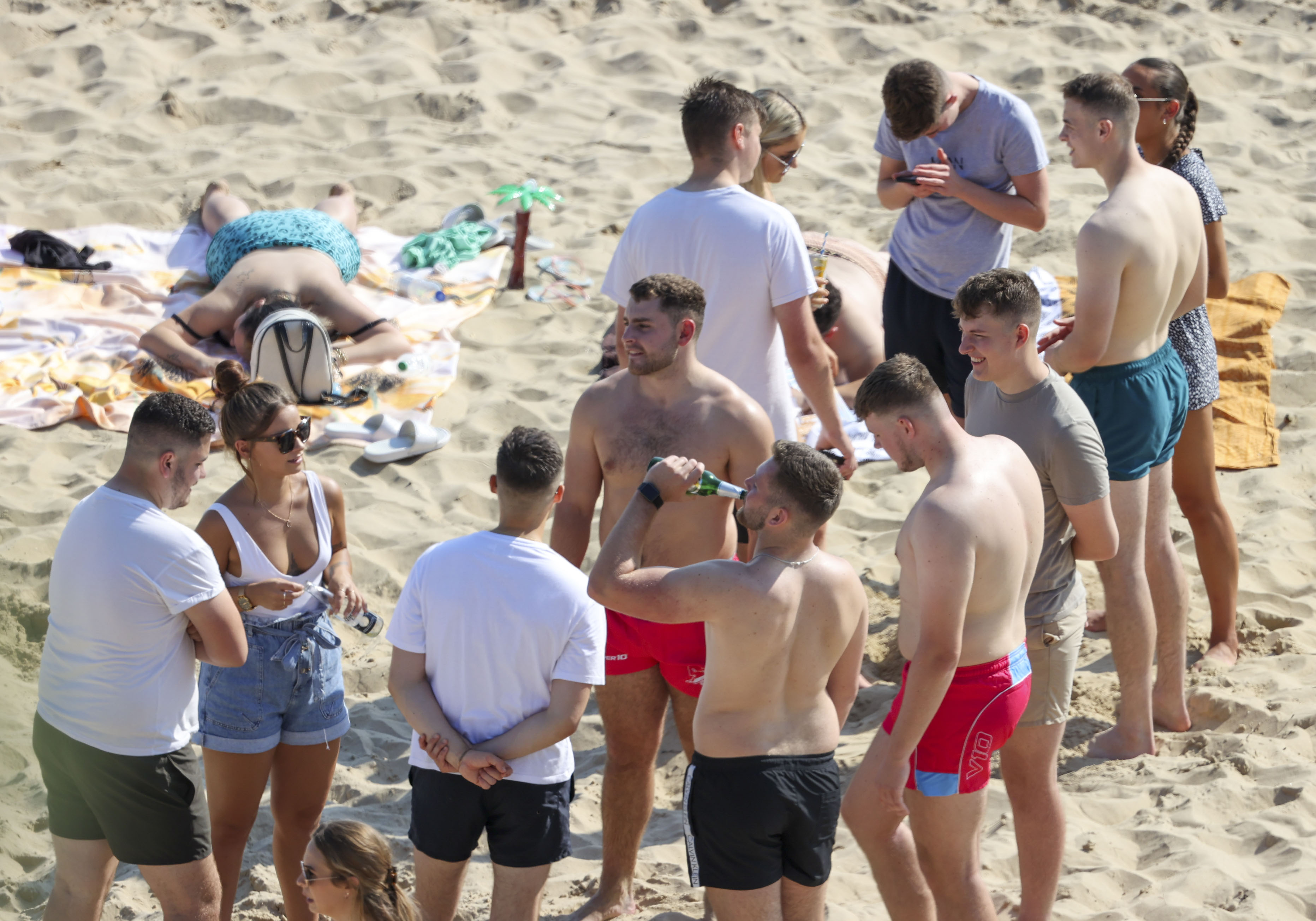 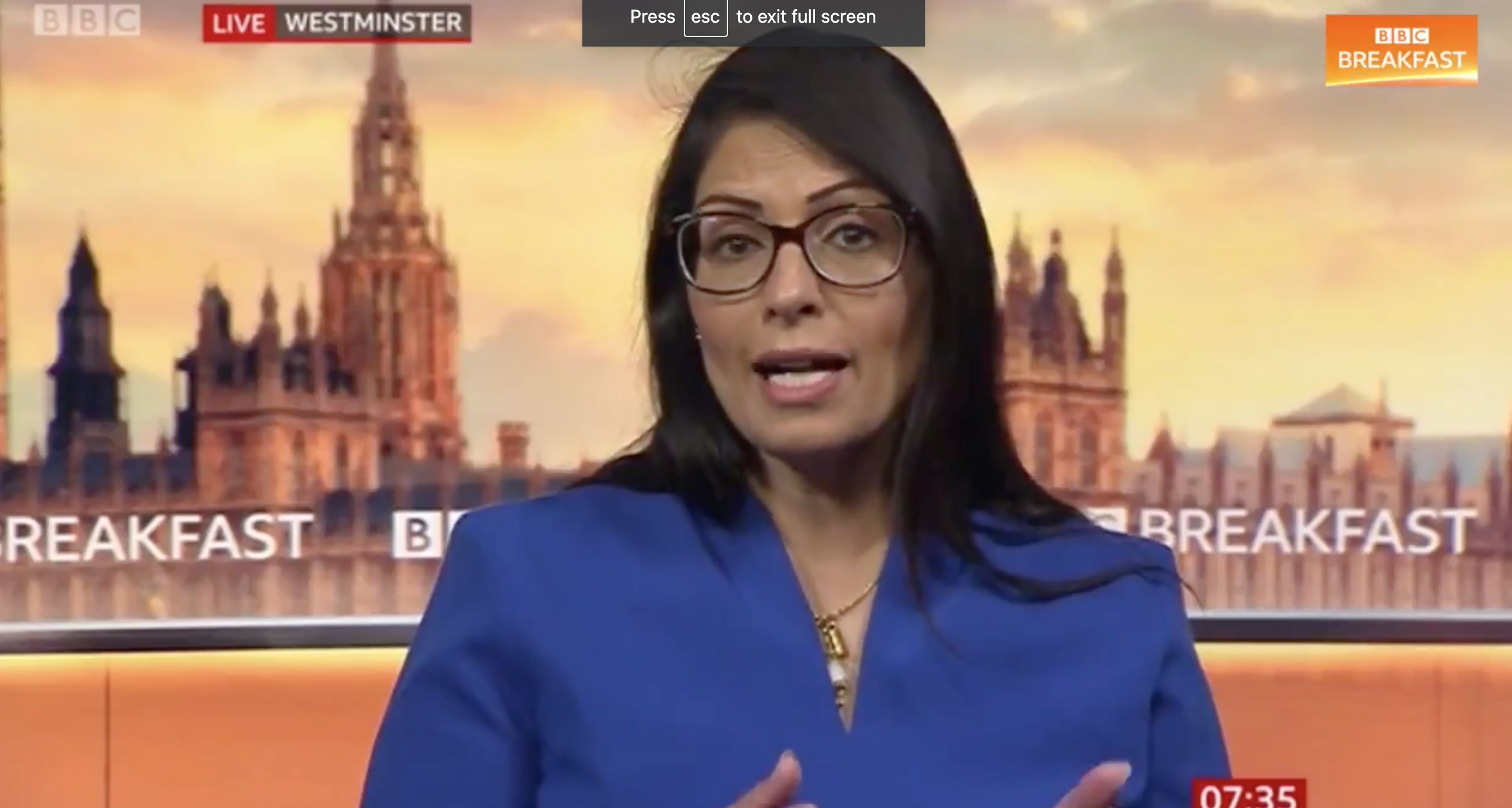 It comes as people were banned from meeting in groups of more than six as of yesterday – though there are a handful of exemptions.

Asked if she would report on neighbours who she believed were breaking coronavirus restrictions, the Home Secretary said today: "If I saw inappropriate behaviour and people behaving in an irresponsible way.

"And even if I went into an area that was not Covid-compliant and people were in there and, obviously, people's health had been put at risk, and it's right to report that."

Pressed on the topic, she said: "I think anybody would want to take responsibility and ensure we're not spreading this awful disease and therefore if I saw gatherings of more than six people clearly I would report that."

But she admitted: "I don't spend my time looking into people's gardens."

Police minister Kit Malthouse encouraged Brits to dob in their neighbours if they spied them doing the wrong thing.

Ms Patel also said that people walking down the street and stopping to chat to a friend could be slapped with a £100 fine if they were over the 6-person limit.

It was revealed yesterday that the new rules outlaw "mingling" with people outside of your group.

Appearing on BBC Radio 4's Today programme, Ms Patel said that two families of four stopping for a chat on the way to the park is "absolutely mingling".

"You have got to put this in the context of coronavirus and keeping distance, wearing masks," she said.

"The rule of six is about making sure that people are being conscientious and not putting other people's health at risk."

The Home Secretary added: "Mingling is people coming together. That is my definition of mingling."

Fines for repeatedly breaking the rules can skyrocket up to £3,200. 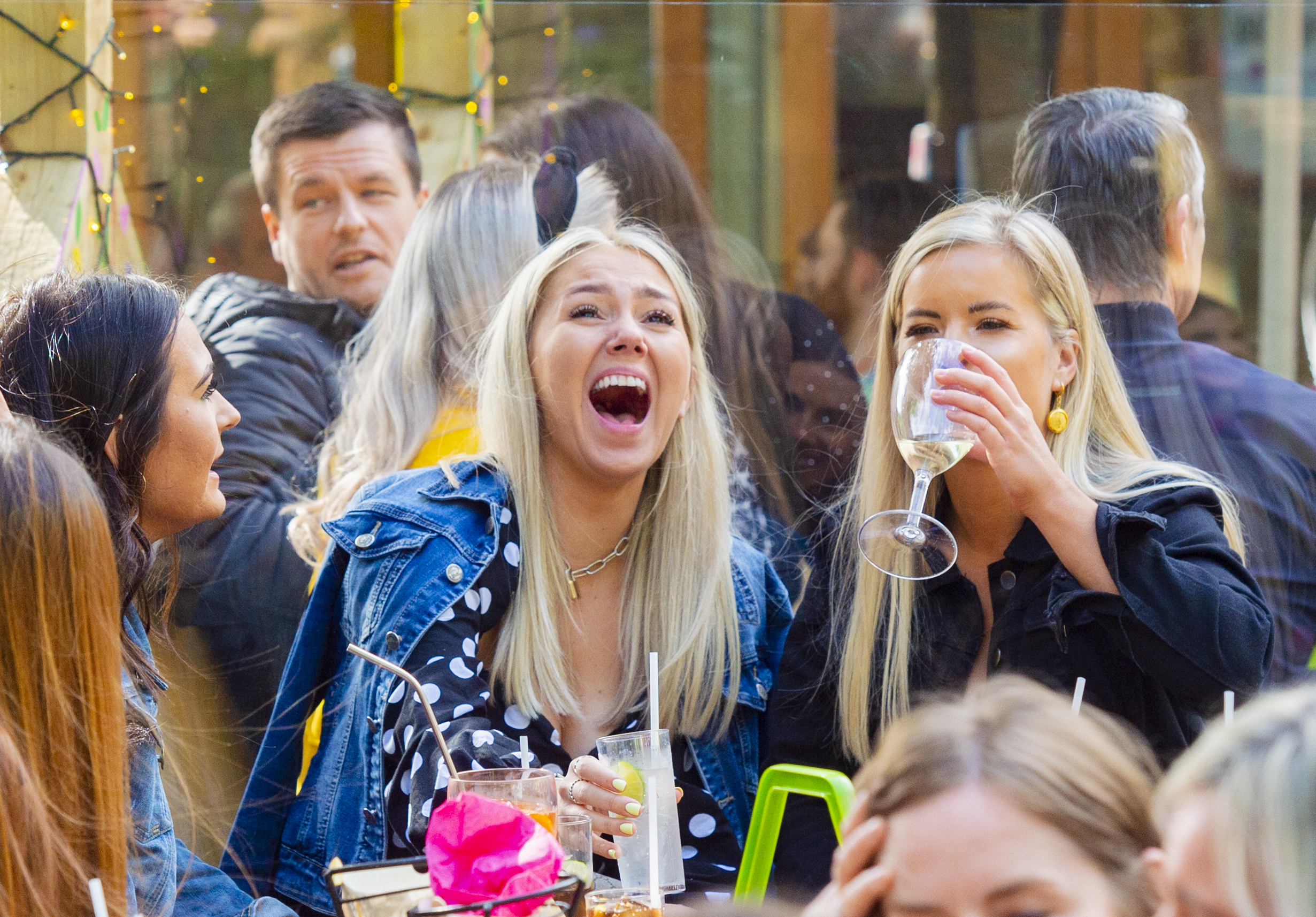 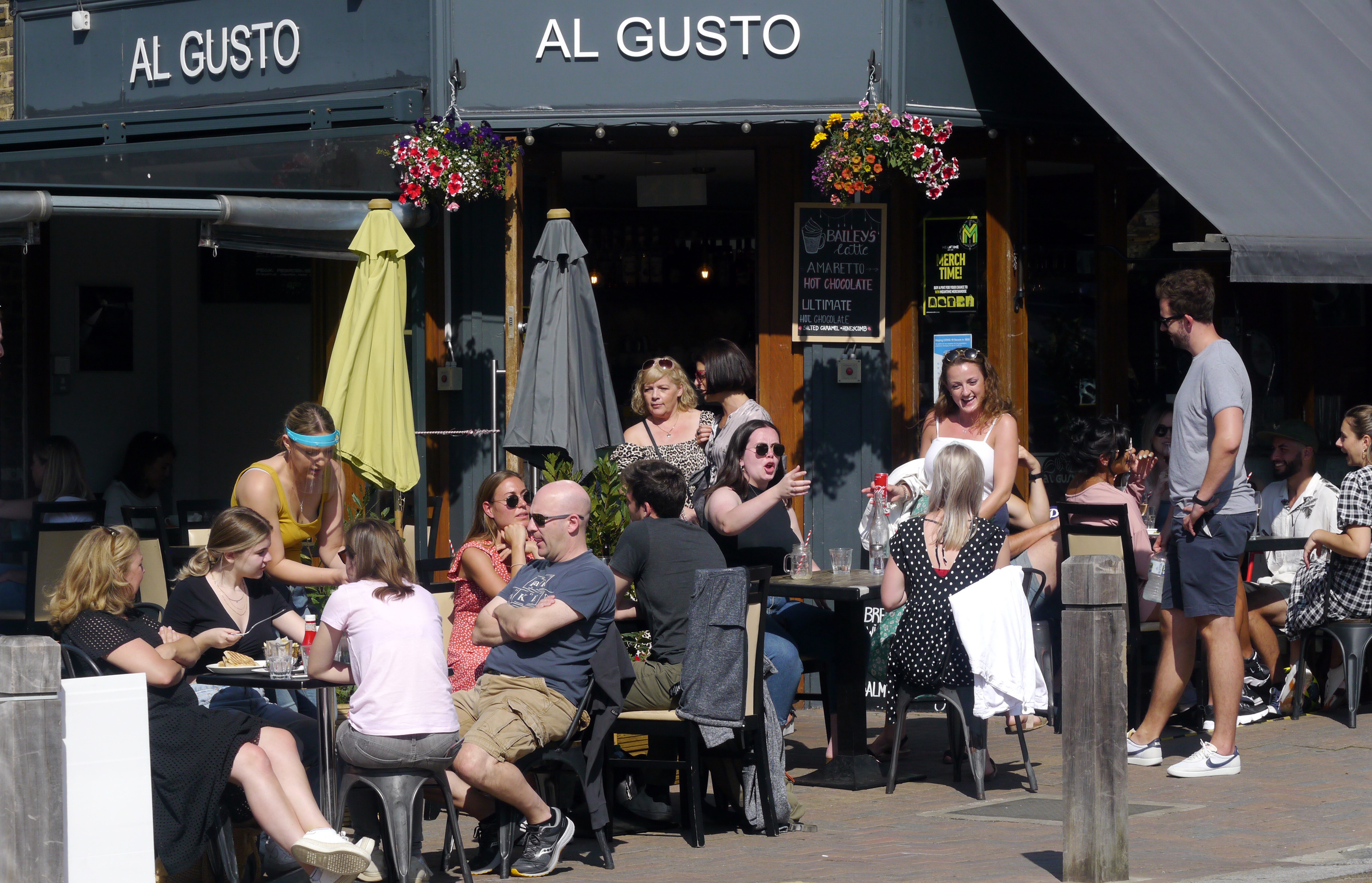 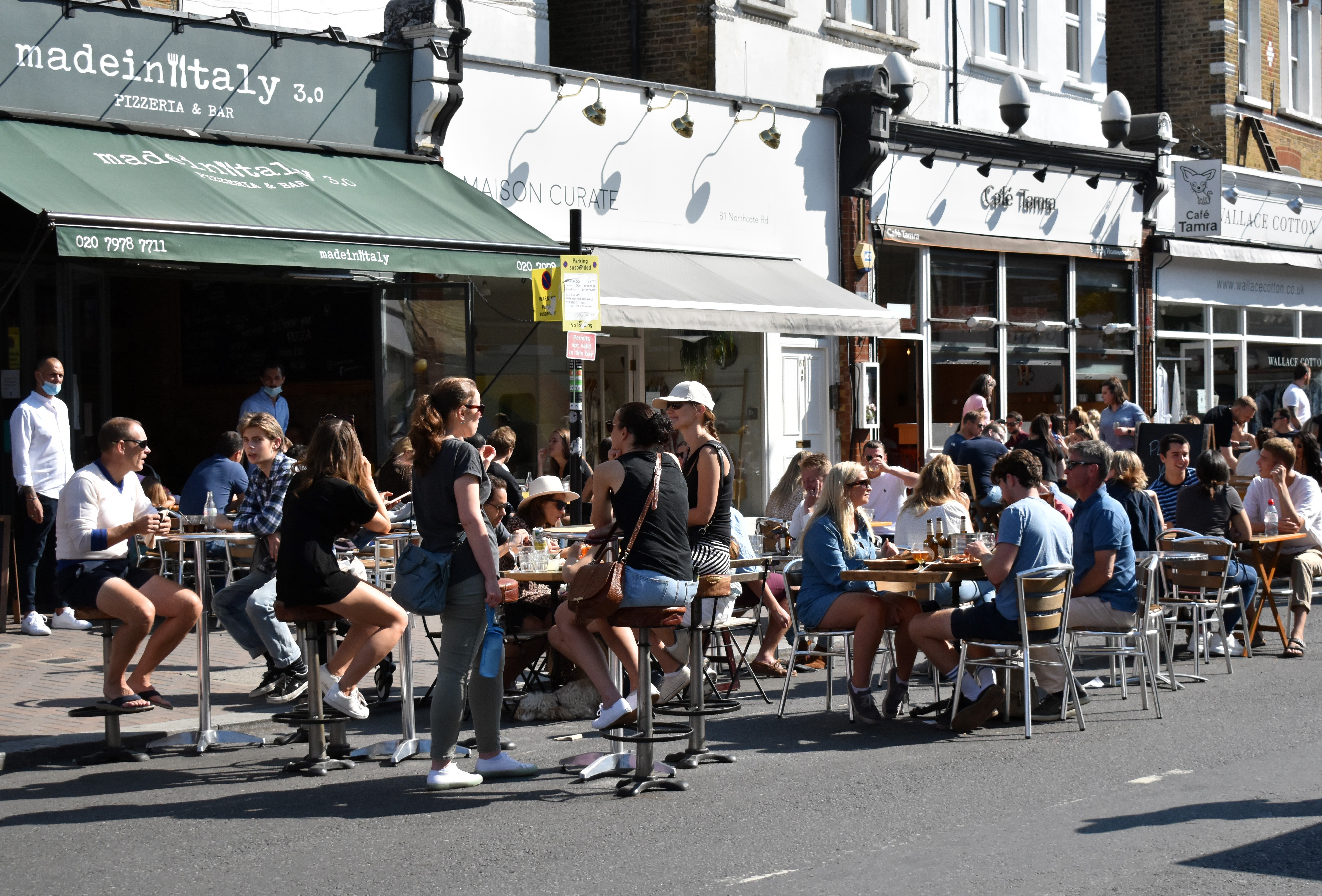 But Government guidance has special carve outs for shooting and hunting, which allow up to 30 people to participate in "outdoor activities".

Young people yesterday were out enjoying the sunshine in big groups, despite the new rule of six.

And No10 suggested people might not be fined for the first few days of the introduction of the rule.

Chairman of the Police Federation of England and Wales John Apter said it would be difficult for police officers to "interpret" the new rules with the host of exemptions available.

When asked on Good Morning Britain if cops needed more guidance, he said: "Maybe we should have 'guidance', because we haven't had any yet."

He said he understood the Government faced a "very fast-moving" situation, adding: "But my colleagues who are on the front line trying to interpret this law, trying to educate and work wit the public, are now being accused of asking (people) to snitch on their neighbours."