Pope Francis has issued a new law requiring all Catholic priests and nuns around the world to report clergy sexual abuse and cover-ups by their superiors to church authorities.

The move is part of a groundbreaking new effort to hold the Catholic hierarchy accountable for failing to protect their flocks.

The church law provides whistle-blower protections for anyone making a report and requires all dioceses around the world to have a system in place to receive the claims confidentially. 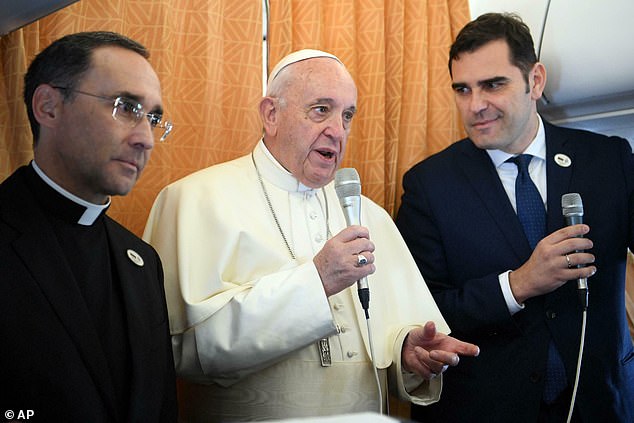 It outlines procedures for conducting preliminary investigations when the accused is a bishop, cardinal or religious superior.

It is the latest effort by Francis to respond to the global eruption of the sex abuse and cover-up scandal that has devastated the credibility of the Catholic hierarchy and his own papacy.

‘We have said for years that priests must conform to certain strict rules, so why shouldn’t bishops and others in the hierarchy do the same?’ said Cardinal Marc Ouellet, head of the Vatican office for bishops.

‘It’s not just a law, but a profound responsibility.’

That means they are required to inform church authorities when they learn or have ‘well-founded motives to believe’ that a cleric or sister has engaged in sexual abuse of a minor, sexual misconduct with an adult, possession of child pornography — or that a superior has covered up any of those crimes.

The law does not require them to report to police. The Vatican has long argued that doing so could endanger the church in places where Catholics are persecuted. 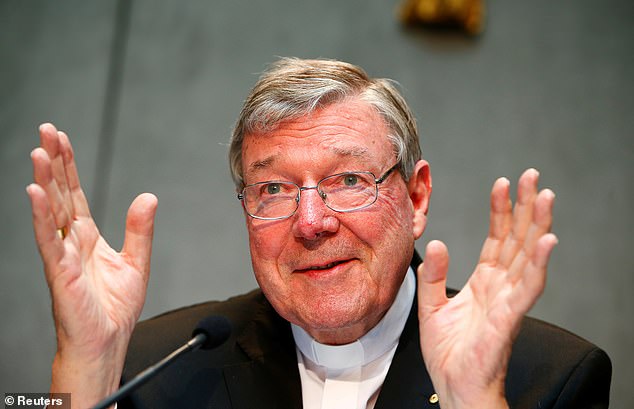 It comes after a series of scandals that have tarnished the church’s reputation and saw its third-most senior Cardinal, George Pell, jailed for historic child abuse

But it does for the first time put into universal church law that they must obey civil reporting requirements where they live, and that their obligation to report to the church in no way interferes with that.

If it is implemented fully, the Vatican could well see an avalanche of abuse and cover-up reports in the coming years.

Since the law is procedural and not criminal in nature, it can be applied retroactively, meaning priests and nuns are now required to report even old cases of sexual wrongdoing and cover-ups.

Previously such reporting was left up to the conscience of individual priests and nuns. Now it is church law. There are no punitive measures foreseen if they fail to report, and similarly there are no sanctions foreseen if dioceses, for example, fail to comply.

But bishops and religious superiors could be accused of cover-up or negligence if they fail to implement the provisions, or retaliate against priests and nuns who make reports.

In another legal first for the Vatican, the Pope mandated that victims reporting abuse must be welcomed, listened to and supported by the hierarchy, as well as offered spiritual, medical and psychological assistance. However, it does not mandate financial reparations.

Binance Hackers Stole Only Bitcoin For This One Important Reason

The budget breakdown of a 22-year-old who lives 'comfortably' on $55,000 a year in LA
Technology