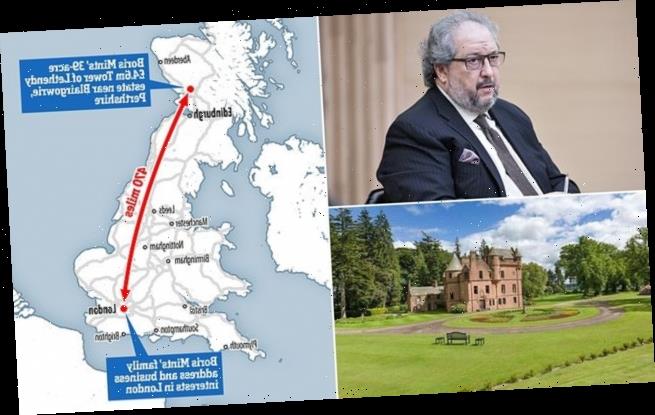 Police visit £4.6m Scottish estate of billionaire Russian oligarch, 62, over fears he and his entourage breached lockdown by travelling there from London

A billionaire Russian oligarch was investigated over fears he broke coronavirus lockdown rules after travelling 470 miles from London to his £4.6m Scottish castle.

Boris Mints, 62, arrived at his 39-acre Tower of Lethendy estate near Blairgowrie, Perthshire, on February 17.

Officers spoke to Dr Mints – who is the founder of the O1 Group investment company – over the journey.

But police said he gave them an explanation for the trip and no further action was taken.

One local said: ‘He’s come from London with all his lackies and entourage. 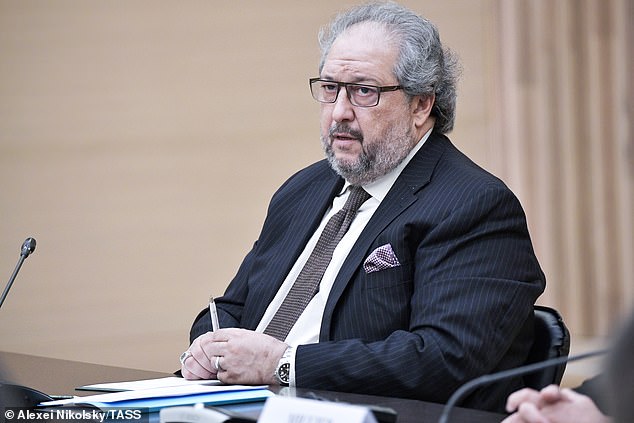 Boris Mints, 62, is said to be worth £1billion and made the journey around February 17 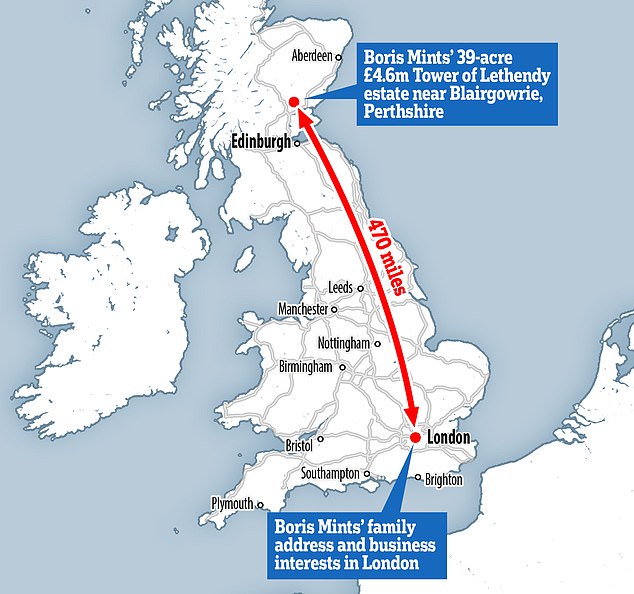 Dr Mints’ family have an address and business interests in London, from where he travelled

‘It’s galling when we’re all staying in. He shouldn’t be doing this. It seems if you have money you can do anything you want.’

In 2019 Dr Mints was locked in a £570m High Court battle with the Kremlin as the Russian government attempted to seize control of the Tower of Lethendy and its castle-like mansion residence.

It was acquired by the Mints Family Trust in 2016. At the time, pop star Taylor Swift was also rumoured to be interested in the estate.

One said: ‘It’s frustrating, where’s he going to do his shopping? 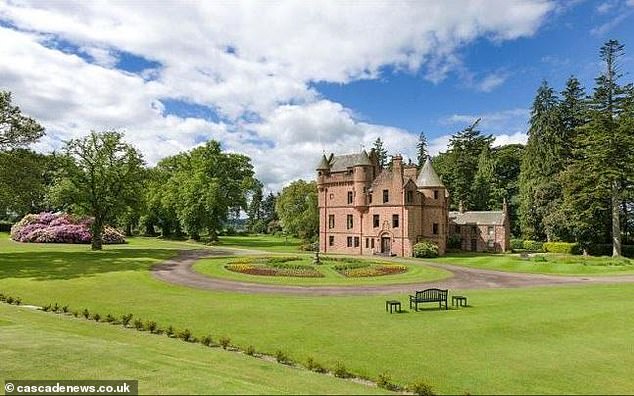 The Tower of Lethendy is owned by the Mints Family Trust and is worth £4.6million

Under current Scottish law, given the state of the epidemic, unless you have a reasonable excuse you must not travel between Scotland and England.

But there are some exceptions to the ban listed on official government guidance.

They include for work or an activity associated with seeking employment if it cannot be done at home.

Travel for childcare or parental support services, social care or assistance for a vulnerable person is also among many exeptions

‘We’re quite a close-knit community and it’s not on.’

Dr Mints has been contacted for comment on the controversy but has not yet responded.

A Police Scotland spokesperson said: ‘Around 7.50pm on Wednesday February 17, officers received a report of an individual having travelled from London to Perthshire in breach of coronavirus regulations.

‘Officers engaged with the individual and explained the regulations involved.

‘An explanation was provided for the journey and no further action was required.’

Mr Mints is not the first powerful Russian to face criticism over lockdown restrictions in Tayside.

Last May, Andrey Yakovlev, the Russian consulate general in Edinburgh, was criticised for his ‘crazy’ 200-mile round trip visiting war memorials in Dundee and Highland Perthshire.

The diplomat took a delegation from the Scottish capital to Dundee before visiting the remote Highland Perthshire village of Fearnan to mark the 75th anniversary of the end of the Second World.

Prince Philip, 99, to stay in hospital for 'several more days' as he recovers from infection
Technology