The work of the royal commission into police informants has faded into the background for most Victorians. It has been going for a long time, there’s plenty else to think about and the tenor of the evidence has long been clear – that police misused a lawyer as an informant, in breach of her duties to her clients, to secure convictions in serious criminal cases which as a result have been thrown into doubt. But the recommendations of the counsel assisting, released late on Tuesday, should shock all of us.

The submissions made by Chris Winneke, QC, named some of the most senior police in the state and a raft of their underlings, and confirmed that a large number of criminal cases appear to have been seriously compromised. His report to the royal commissioner furthermore indicates that we have seen not just the poor behaviour of a few individuals, but the corruption of the police force from the top – and a badly compromised legal system in which a rogue operator such as Nicola Gobbo can, undetected for years, breach the basic confidentiality obligations of her profession.

So-called “noble cause” corruption it might have been, in the words of the report – wrongdoing in pursuit of jailing bad guys – but it’s no less corrupt than a police officer fabricating an admission of guilt from someone they “just know” did the crime. 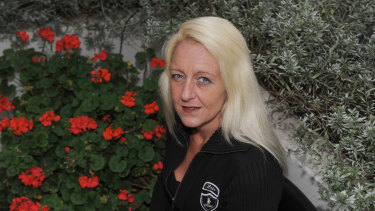 It must be emphasised that these are the recommendations of the counsel assisting, not the final findings, and we won’t know what commissioner Margaret McMurdo makes of them until we see her final report in November. But it’s increasingly clear that the courts will be sorting through the mess in relation to up to 124 convictions for years to come, involving some of the worst crimes in the state over 15 years.

The Age believes that the error here is with both individuals and systems. Individual police officers who allegedly engaged in criminal conduct should be fully investigated and, depending on the determination of Director of Public Prosecutions Kerri Judd, charged. The system is harder to hold to account and the faults go back some time.

In about 2004, as Nicola Gobbo began co-operating with police, the out-of-control gang war and the whiff that some police officers might be involved, led The Age to call repeatedly for a royal commission into police corruption. Similar inquiries in NSW had cleaned out the stables.

But the then Bracks Labor government resisted those calls, saying there was no evidence of “systemic and endemic” corruption in police and that a beefed-up Ombudsman, with a parallel agency called the Office of Police Integrity, was sufficient to weed out any problems. It has now emerged that the OPI was involved in joint investigations with police in which Ms Gobbo was used as an informant.

The clear message to police was their number-one priority was to crack the gangland code of silence and send bad guys to jail. As former chief commissioner Graham Ashton said in 2018: “Police were under a lot of pressure to bring about a conclusion to those underworld killings”. As it turns out, they had one primary weapon to crack the code and her name was Nicola Gobbo – a weapon this royal commission has revealed was thoroughly compromised.

So what is Victoria to do in the wake of this swingeing critique of an entire system? Individuals might face criminal charges or the loss of their jobs. The police might face reforms to the Police Act, or explicit rules about management of informers. But what could possibly hold an entire system to account? And do we now, in IBAC, have a body sufficiently well resourced, robust and fearless to make sure this can never happen again?

These are questions the state of Victoria will need to address. Many of them lead to the door of another Labor attorney-general, Jill Hennessy. She has shown a willingness to tackle major legal reforms, but this reform would be the biggest she has ever faced. The tens of millions spent on this royal commission will be wasted unless this government is prepared to give its anti-corruption body the independence, money and authority to hold all institutions to account.

Note from the Editor

The Age’s acting editor Michelle Griffin writes a weekly newsletter exclusively for subscribers. To have it delivered to your inbox, please sign up here.