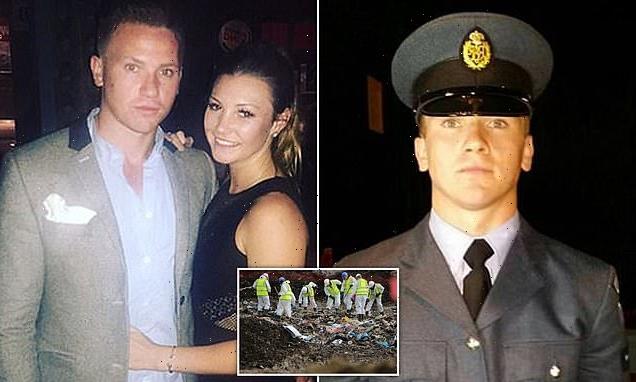 Police will reveal fresh theories about the disappearance of Corrie McKeague – but remain convinced the RAF gunner climbed into a bin which was tipped into a waste lorry, inquest hears

Alternative theories on the disappearance of RAF gunner Corrie McKeague will be presented at an upcoming inquest, it has been revealed.

The 23 year old, from Dunfermline, Fife, vanished in the early hours of September 24, 2016, following a night out in Bury St Edmunds.

Suffolk Police believe the father-of-one climbed into a bin which was then tipped into a waste lorry, ruling out other theories.

But as part of an inquest in March next year, the force’s other lines of inquiry are set to be made public in a 30-page document.

Peter Taheri, counsel to the inquest, told a pre-inquest hearing in Ipswich that Chief Superintendent Marina Ericson of Suffolk Police had prepared a ‘statement on alternative hypotheses’.

The witness statement was put together to show what police had considered. 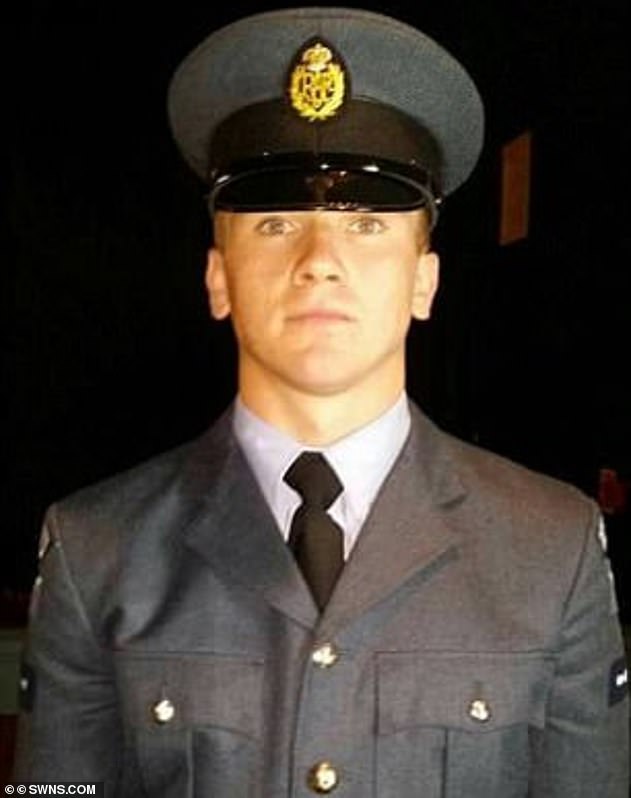 Corrie McKeague (pictured), 23, from Dunfermline, Fife, vanished in the early hours of September 24, 2016, following a night out in Bury St Edmunds. 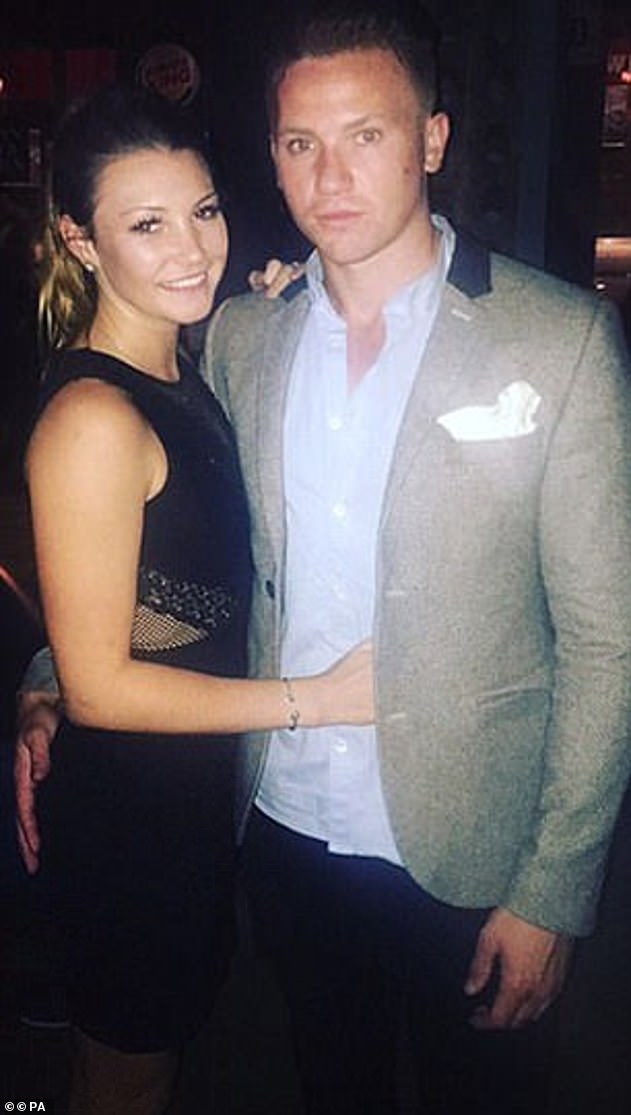 Suffolk Police believe the airman climbed into a bin which was then tipped into a waste lorry, ruling out other theories. But as part of an inquest in March next year, the force’s other lines of inquiry will be made public in a 30-page document  (pictured with girlfriend April) 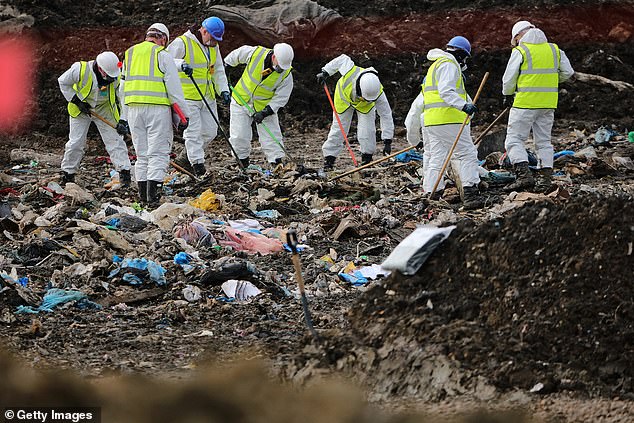 Police officers search a landfill site in search of missing RAF airman Corrie Mckeague on March 8, 2017 in Milton, near Cambridgeshire in England

Mr Taheri said he was awaiting confirmation from the force that this statement was ‘ready for onward disclosure’ with those involved in the inquest.

Mr McKeague was reported missing two days after he vanished, at 3.42pm on September 26, by colleagues at RAF Honington – and no trace of him has been found since.

An independent review of the police investigation was completed by the East Midlands Special Operations Unit in 2017.

It concluded that the force completed a ‘thorough’ investigation and explored all reasonable lines of inquiry.

A full inquest, listed for a four-week period from March 7, will consider topics including the collection of the bin, the police search and results of the investigation.

It will also examine ‘any risk-taking behaviour’ by Mr McKeague, his recent mental state and consumption of alcohol, Mr Taheri said.

Nigel Parsley, senior coroner for Suffolk, said that the disciplinary records of bin lorry driver Martyn Thompson will be shared with counsel to consider whether they ‘show a propensity for diligence or not’.

Hayley Saunders, for Mr Thompson, said that Mr Thompson’s evidence is that he checked the bin. 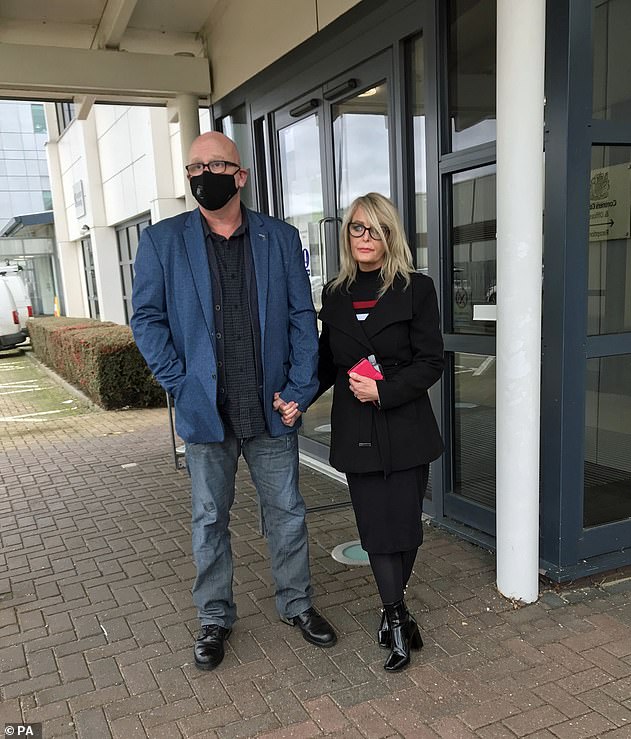 Martin McKeague, the father of Corrie McKeague, and his wife Trisha, attend the opening of an inquest in November 2020 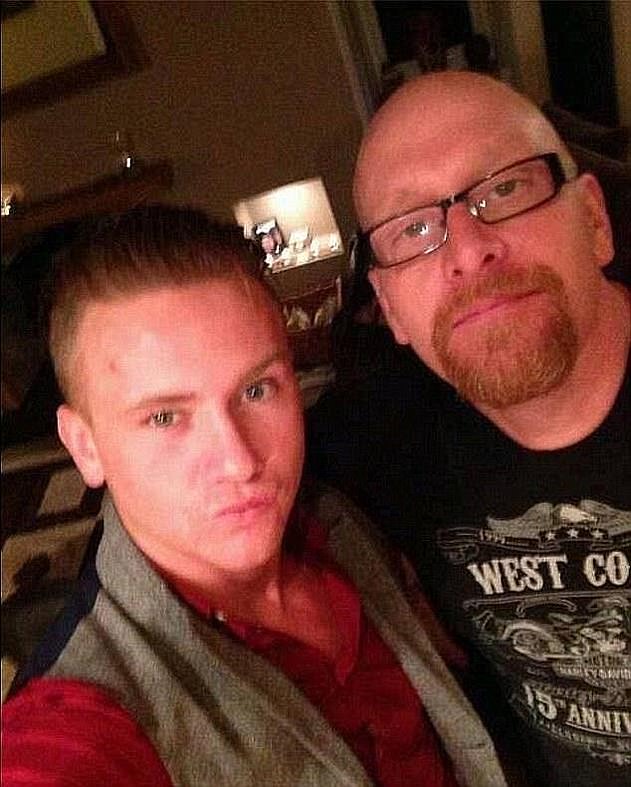 Martin said on September 16, on what would have been his son’s 28th birthday, that his life ‘stopped’ the day he went missing (pictured with son Corrie)

Mr Taheri said that he did not believe he ‘spotted anything directly relevant’ in Mr Thompson’s disciplinary records but that they ‘could show a degree of carelessness’.

Mr Parsley said that the disciplinary records will be shared with counsel and he would hear any further submissions on their possible inclusion in the inquest at a later date.

Thursday’s hearing in Ipswich was attended in person by Mr McKeague’s father Martin McKeague, and his wife Trisha.

A further pre-inquest review hearing is to be heard on a date to be fixed.

Martin said on September 16, on what would have been his son’s 28th birthday, that his life ‘stopped’ the day he went missing.

Speaking to The Mirror about the impending inquest, he said: ‘I’m still really struggling to come to terms with it.

‘It’s really important for us as a family – the McKeague family. It will all come out in the end, the truth will be coming out.

‘I believe it’s important the files and evidence will be read out for everybody to see.’

Timeline: How Corrie McKeague vanished without a trace after a night out in Suffolk

Corrie McKeague drives into Bury St Edmunds and meets up with RAF colleagues to go drinking and socialising. He drinks so much he is asked to leave Flex nightclub and is later seen asleep in a doorway with a takeaway.

3.25am – CCTV footage shows him entering a horseshoe-shaped area in Brentgovel Street, behind a Superdrug and a Greggs shop, where there are several industrial waste bins.

The rubbish is taken to a transfer station at Red Lodge. Records suggest it then went to the Milton landfill site, but police have not discounted it being taken elsewhere. 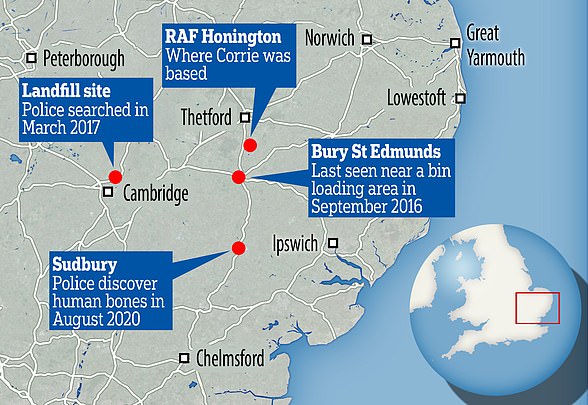 Two searches of a 120-acre landfill site are held at Milton in Cambridgeshire over the course of 27 weeks. Officials sift through 9,000 tons of rubbish but find no sign of Mr McKeague.

The first search is called off in July and the second resumes in October and lasts approximately six weeks.

Suffolk Police announce his disappearance has been moved to the major investigation cold case team.

Suffolk Police say they believe Mr McKeague’s body is at a landfill site in Cambridgeshire.

On the third anniversary of Mr McKeague’s disappearance, his mother, Nicola Urquhart, says she has accepted her son is dead – but adds that she hasn’t given up hope of finding his remains.

A murder inquiry is launched after human remains are found in two bin bags in the River Stour in Sudbury. A post-mortem examination carried out by the Home Office proved inconclusive. Mr McKeague’s mother thought the remains could have been her missing son’s.

Police confirm the remains found in Sudbury were not Mr McKeague’s.

Chief Coroner of England and Wales confirms that he has directed that an inquest be held.

Mr McKeague’s inquest in Ipswich is opened and adjourned. Marina Ericson, Temporary Chief Superintendent of Suffolk Police, tells the hearing it is believed that Mr McKeague climbed into a bin which was emptied into a waste lorry where he subsequently died.