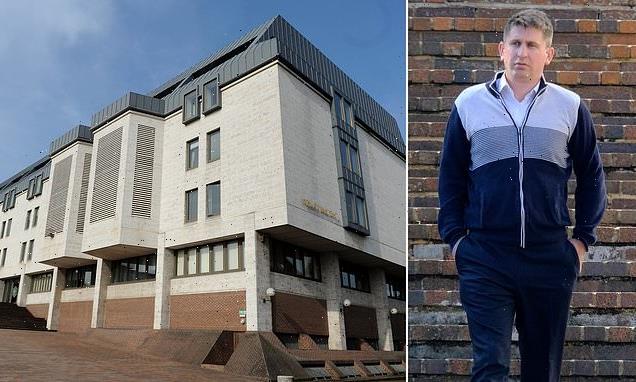 Father-of-two police officer, 38, who downloaded sickening child abuse images and used ‘cleaning’ software to cover his tracks is spared jail – after being sacked from the force

Thomas Blant, who was a constable, was found to have four category A – the most serious – and 17 category C images depicting girls aged between 10 and 12 on a Leveno laptop and Samsung phone.

But a court heard the police investigation was hindered by his use of software designed to ‘disguise and hide’ the extent of his depraved viewing.

This included an internet browser which granted users anonymity and a ‘cleaning’ app which deleted data.

All the images found were in inaccessible areas on the devices, indicating they had been erased after viewing, and appeared to be stills taken from movie clips, the court was told. 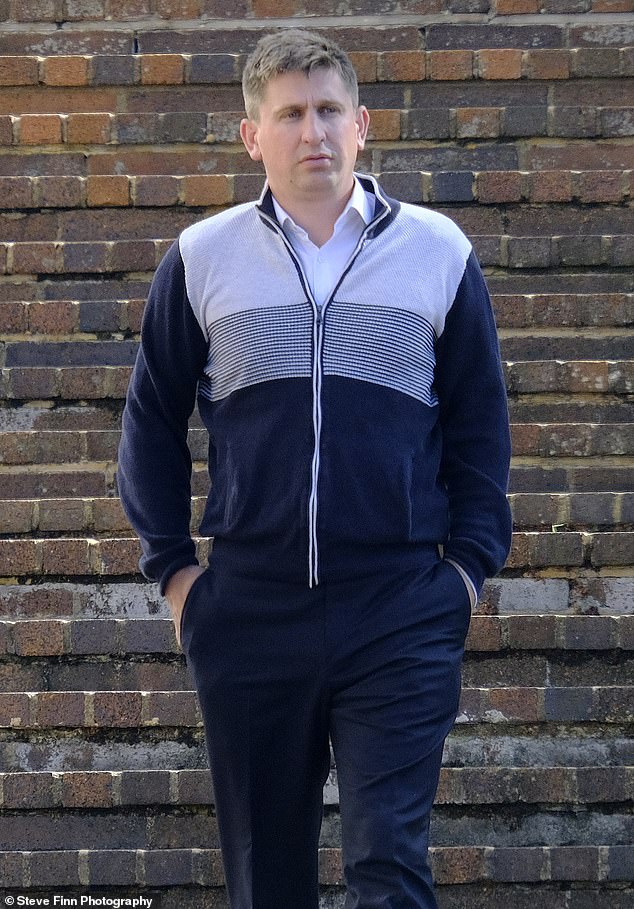 More than 100 ‘borderline’ abuse images were also found, as well as folders with titles indicative of an interest in child sex abuse. However, their contents could not be recovered by police.

Evidence also showed certain illicit search terms had been used as early as 2011.

The married 38-year-old, a Kent police officer for six years who was based in Canterbury, was suspended from duty following his arrest by the National Crime Agency in January last year and ultimately dismissed at a disciplinary hearing in August.

Dad of two Blant, from Ashford, Kent, but now living in Southend, Essex, admitted two offences of making indecent photographs of a child.

His crimes were carried out while off-duty and using his own personal devices.

Imposing a 12-month jail term suspended for two years, Judge Philip Statman said his use of highly sophisticated software to ‘cover his tracks’ was an aggravating feature. 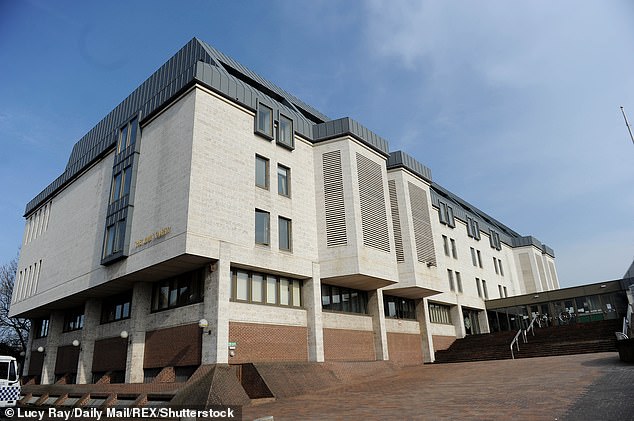 But he added that although his crimes were committed at home and did not make use of police equipment, he said a police officer was ‘never off duty’.

‘Of all people you, as a serving police officer, knew the difference between what was right and what was wrong, and you made the decision that you took in the confines of your own home to break the criminal law, despite all that you had in your background as being one who was regarded as a pillar of the community, a police officer who could be looked up to,’ Judge Statman told Blant.

‘I am absolutely certain that you never ever thought you would be in a position where you would be caught. That was the protection you thought you had at your disposal, having downloaded the software.

‘I’m also satisfied you have a sexual predilection to female children and with each of the female children in those images I see a victim, a child victim, effectively under the control of someone very much older.’

In deciding to impose a suspended sentence, Judge Statman remarked it was not ‘a let off’, and said he had taken the delay in bringing him to court into consideration, how best to protect the community, and the help Blant had sought since his arrest through counselling and child protection charity, the Lucy Faithfull Foundation.

A search warrant was executed on January 19 last year when both he and his wife were at home. He said he knew nothing about the allegation but admitted he had previously downloaded the TOR browser.

He also refused to give the PIN for his phone and laptop until he had had legal advice, and later gave three ‘no comment’ interviews.

As part of his sentence, Blant must complete 40 rehabilitation activity sessions, sign on the sex offender register for 10 years and be subject to a sexual harm prevention order in respect of his internet use for five years

His wife was able to confirm however that she was at work on the day the abuse website was accessed, while worksheets for Blant showed he had been off-duty.

The court heard that delays forensically analysing his six devices seized meant he was not charged until March this year and he pleaded guilty before magistrates in July.

Testimonials were provided by his wife, who was not at court, and his brother.

Kerry Waitt, defending, also told how Blant had tried to kill himself since his arrest and said he had already ‘been punished in many ways’.

‘He has had to endure the pain and embarrassment of opening up to his wife and family about his predilection to look at pornography online and the nature of it,’ he said.

‘He has had to endure disciplinary proceedings at work, resulting in his dismissal, with the loss of status and esteem, and the humiliation within the community.

‘He has lost his career, his employment, and many of his friends and associates have simply melted away.’

As part of his sentence, Blant must complete 40 rehabilitation activity sessions, sign on the sex offender register for 10 years and be subject to a sexual harm prevention order in respect of his internet use for five years.

He has also been barred indefinitely from working with children and vulnerable adults.

‘His role as a police officer was to protect the public. Instead, he sought out images of child abuse for his own sexual gratification. Offenders who view such material online only encourage those willing to sexually abuse children in the real world.

‘Combatting this threat remains one of the highest priorities for the NCA. We are committed to targeting the most dangerous offenders and those who, like Blant, go to great lengths to hide their activity, believing they can operate with impunity online.

‘As this investigation shows, there is nowhere to hide. We will use all of the tools at our disposal to identify those who pose a sexual threat to children and ensure they are brought to justice.’

Detective Chief Superintendent Jon Armory, Kent Police’s Head of Professional Standards, said: ‘It is abhorrent that Blant has committed these offences, particularly while working as a police officer.

‘His actions helped fuel the demand for children to be exploited which is a complete betrayal of his duty to protect the vulnerable.

‘Blant was suspended from our force as soon as the allegations were first received and we fully supported our colleagues in the National Crime Agency with their criminal investigation. As soon as he admitted the offences in court, we progressed with special case proceedings which led to his dismissal on August 17.

‘The vast majority of our officers and staff do an outstanding job serving the public in line with the highest standards of professionalism and conduct, and we expect no less from them. Those who fall short will face scrutiny.’