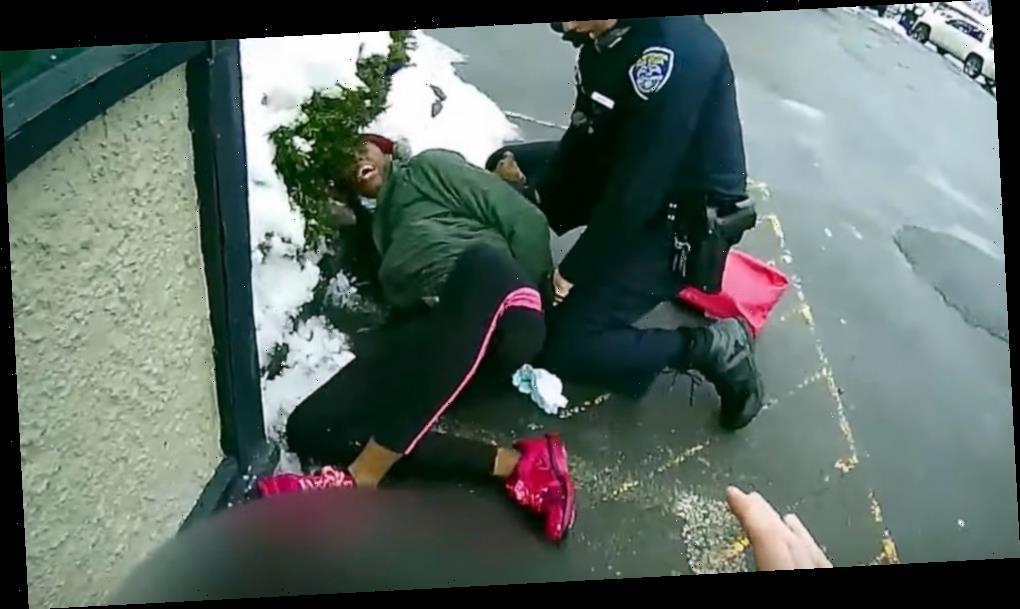 ROCHESTER, N.Y. — A Rochester police officer has been placed on administrative duty after using pepper spray on a woman suspected of shoplifting who tried to escape with her 3-year-old child in her arms, authorities said Friday.

Video of the Feb. 22 incident has been made public at a time when the Rochester Police Department is under intense scrutiny over its interactions with Black residents, including the death last spring of Daniel Prude.

Body camera video of the latest encounter shows the woman, who is Black, bolting from a white officer who had stopped her in the street and told her she had been accused of stealing from a convenience store.

The officer chased the woman down the sidewalk, then struggled to subdue her while trying not to injure the screaming toddler. Another officer arrived and carried the child several yards away.

A statement from the police said the woman was pepper sprayed during the arrest.

“The child was not pepper sprayed or injured during the arrest,” the statement said.

The woman, whose name was not released, was ultimately charged with trespassing.

The city’s Police Accountability Board, an entity created by a 2019 voter referendum to look into allegations of police misconduct, said it saw “troubling parallels” with another incident in which officers pepper-spraying a distraught 9-year-old girl they had handcuffed and placed in the back of a police cruiser during a family dispute.