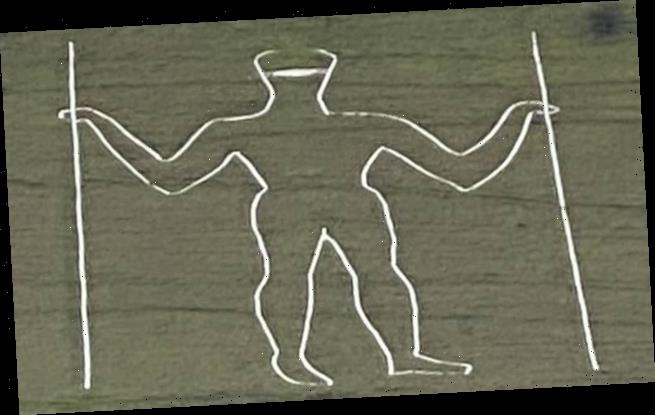 Vandals have painted a covid mark onto a mysterious and historic 325ft chalk hill figure, prompting a police investigation into the “criminal damage”.

The contemporary addition to the protected archaeological site, on the slopes of Windover Hill near Wilmington, East Sussex, was discovered on Tuesday, Sussex, Police said.

The monument’s origins are mysterious and have puzzled experts for decades. It is Europe’s largest portrayal of the human form and is at least 311 years old, dating back to around 1710.

Shockingly, the addition of Personal Protective Equipment is not the first time the local landmark has been altered, with environmentalists writing on it five years ago and a phallus appearing in 2010. 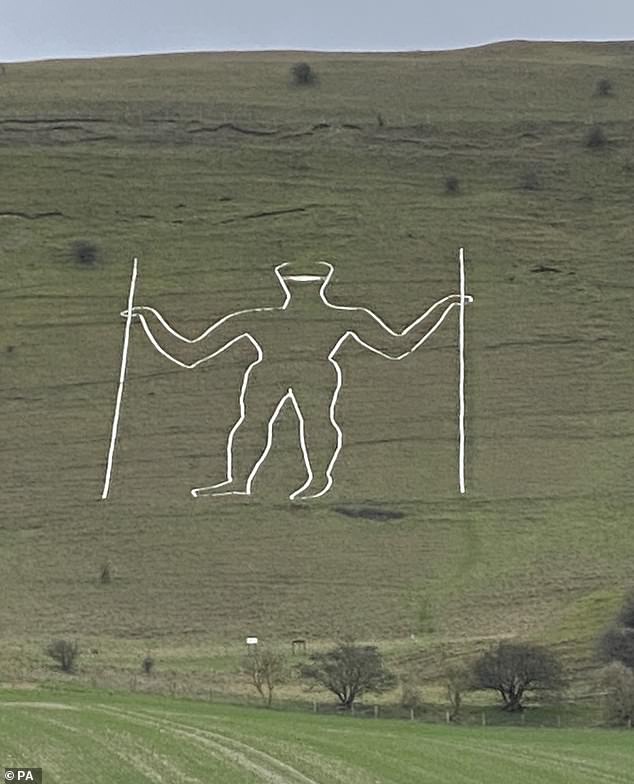 The 235ft figure, carved into a chalk slope in East Sussex, is now sporting the familiar garment worn to slow the spread on the coronavirus. The mask appeared on Tuesday night and police are investigating.

Sergeant Tom Carter from Sussex Police said: “Whilst this damage may have been perpetrated for humour or some other reason, the actions that have been taken are unacceptable.

He added that the “figure is well known and enjoyed by the local community and this criminal damage is an affront to those who work to maintain this heritage asset for the enjoyment of all.”

Owner of the Long Man, the Sussex Archaeological Society, wrote on social media that, whilst they were disappointed, there was no long-term damage and they had managed to “remove much of the paint.”

They said in a statement : “This week we had some sad news. We found out that our property, the Long Man of Wilmington was subjected to vandalism.

“There was thankfully no long-term damage to the monument, but this was a heritage crime and we are working with the police to find those responsible.

“It’s important we protect and treasure monuments like these, so they survive for future generations to enjoy.” 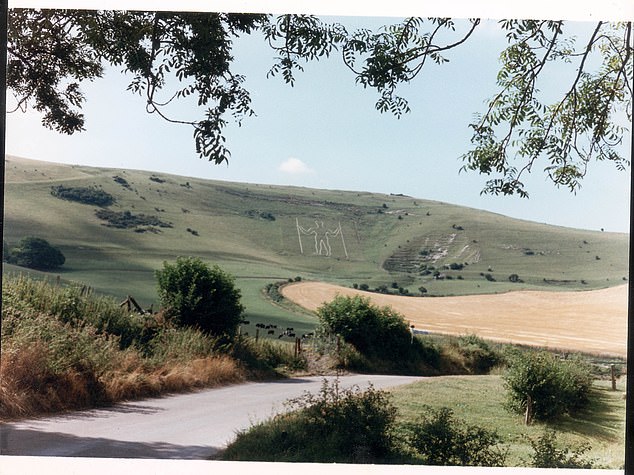 Here the monument is pictured before the vandalism, in April 1997. It is at least 300 years old but was once thought to date back thousands of years. It has puzzled experts for decades.

Mark Harrison, of Historic England, said they had also been contributing to efforts to fix the Long Man and catch the perpetrators.

He said: “Historic England is working closely with Sussex Police Rural Crime Team to identify the offenders who have caused damage to this protected archaeological site.

“We will also be liaising with the owners in order to provide advice and guidance to restore the Long Man of Wilmington.”

“To be safe, he probably needs to pull it down a touch [to be honest].” 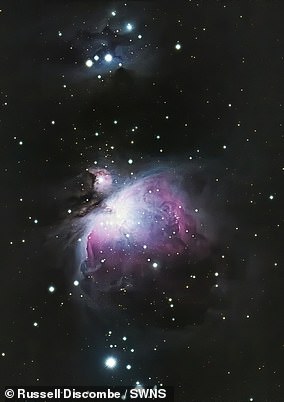 Some experts have said the mystery monuments is linked to figures in the stars such as Orion, picture above

The figure was once thought to have dated back thousands of years, perhaps to the neolithic period, when humans had just started farming, or even earlier to the Iron Age.

Other ancient monuments, such as “long barrows,” are situated nearby and one expert said that the mysterious Long Man might correspond to constellations and figures in the stars such as Orion.

However, investigations in 2003 revealed it was from the so-called “early modern” period in the 16th or 17th centuries. It is made from lime motor and painted breeze blocks.

During the Second World War, it was painted green to hide it from German bombers and spy planes, who could have used it as a landmark or even destroyed it.

The figure is known locally as the “Green Man” and has been vandalised twice before. A giant phallus was painted on in 2010 and the words “FRACK OFF!” were added above the Long Man by anti-fracking protesters in 2015.

Trump's fall from grace won't just damage his political career. His businesses will suffer too, according to a PR expert.