Police face an uphill battle to prevent escalating violence after a "horrific and unacceptable" melee in a Brisbane suburban park left 19-year-old Girum Mekonnen dead and 10 others injured, according to the lead detective.

Investigators were currently tracking down a "number of persons of interest" after the deadly attack at O’Callaghan Park in Zillmere on Sunday night, Detective Superintendent Tony Fleming said. 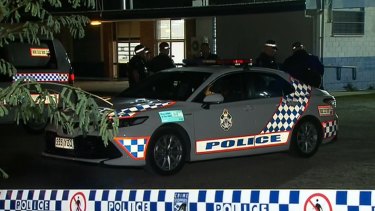 Superintendent Fleming said some of the victims' family and friends became "animated and aggressive" at the Royal Brisbane and Women's Hospital and "it took some effort to keep the peace".

He was concerned the park attack was retribution for an assault on September 8 at Redbank Plains, west of Brisbane, "involving African people inflicting significant injuries on an African man" who was still in hospital.

"I think we’ve got an uphill battle here and that’s why I’ve said there’s two parts to this from our point of view. We will put extra effort again into that community engagement and we will look to try to understand what might be driving some of this," Superintendent Fleming said.

A pre-arranged meeting in Ipswich would take place on Monday between police and the local community to discuss the response to the September 8 assault.

Meet the exec behind Microsoft's $10 billion JEDI Pentagon cloud contract win and its efforts to woo industries like healthcare, finance, and government