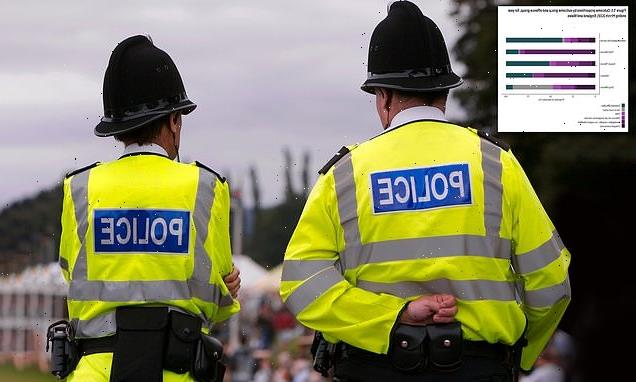 Police bring charges in just seven per cent of violent crimes and in only 1.5 per cent of rapes, figures show

Less than seven per cent of violent crimes ended in anyone being charged – with sexual offences even lower at just 3.5 per cent and rape only 1.5 per cent.

Theft figures were nearly as bad, with just 5 per cent of cases going to court, followed by robberies at just 8.2 per cent.

The statistics – released by the Home Office – suggest a challenging picture of justice and few offences leading to prosecution.

They show over 1.6million violent offences were reported in the year leading up to March 2021 of which around 139,000 saw charges from the Crown Prosecution Service.

Shadow policing minister Sarah Jones said: ‘Under the Conservatives, criminals have never had it so good. 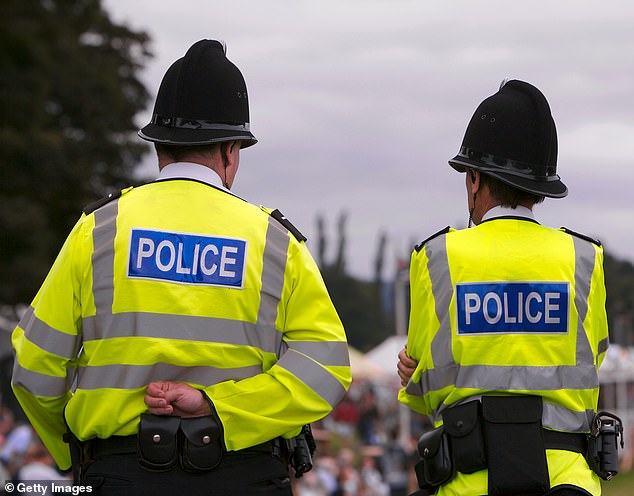 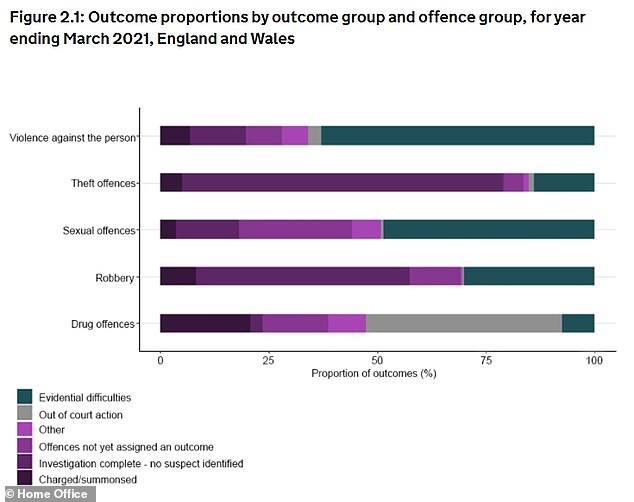 ‘It is shocking so many crimes don’t even lead to a charge and victims of the most serious violent offences, like rape, are being denied justice.

‘Labour would put victims first, boost community policing and bring criminals to justice,’ she added to The Sun.

There were only 6,800 charges brought from 55,227 robbery investigations after police could only find suspects in a third of them.

No potential criminals could be found in 238,000 of the yearly crimes looked at by detectives over the past year.

The Home Office report said with violent cases there were difficulties in investigating, due to victims often not being prepared to help,

It said: ‘Violence against the person is a broad offence group covering a wide spectrum of offending from homicide and serious violent crime through to lower harm and less serious common assault. 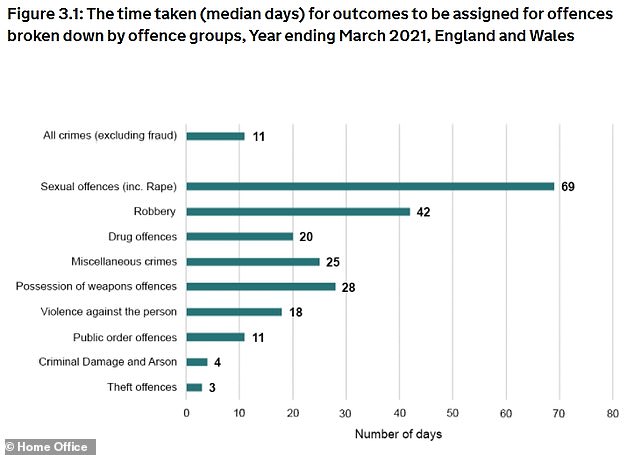 ‘It also includes offences involving emotional rather than physical abuse, such as harassment and stalking.

‘Generally violence against the person offences were most likely to result in victims not supporting police action – 44 per cent – and 19 per cent were closed due to evidential difficulties with victim supporting action.’

The Home Office warned that the unique features of the coronavirus pandemic and the multiple lockdowns had hit crime statistics.

‘The scale of reduction varied by crime type with the largest falls seen in theft – down 32 per cent – with smaller falls in sexual offences – down ten per cent – and no change in violence against the person offences.

‘There was a large increase in drug offences 13 per cent compared with the previous year.’