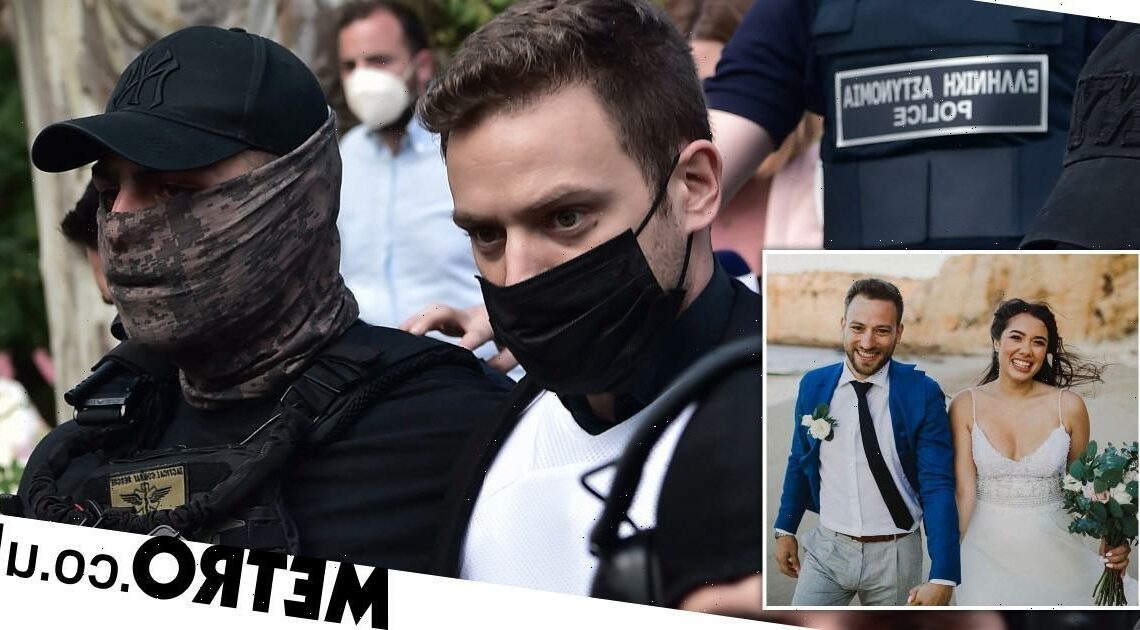 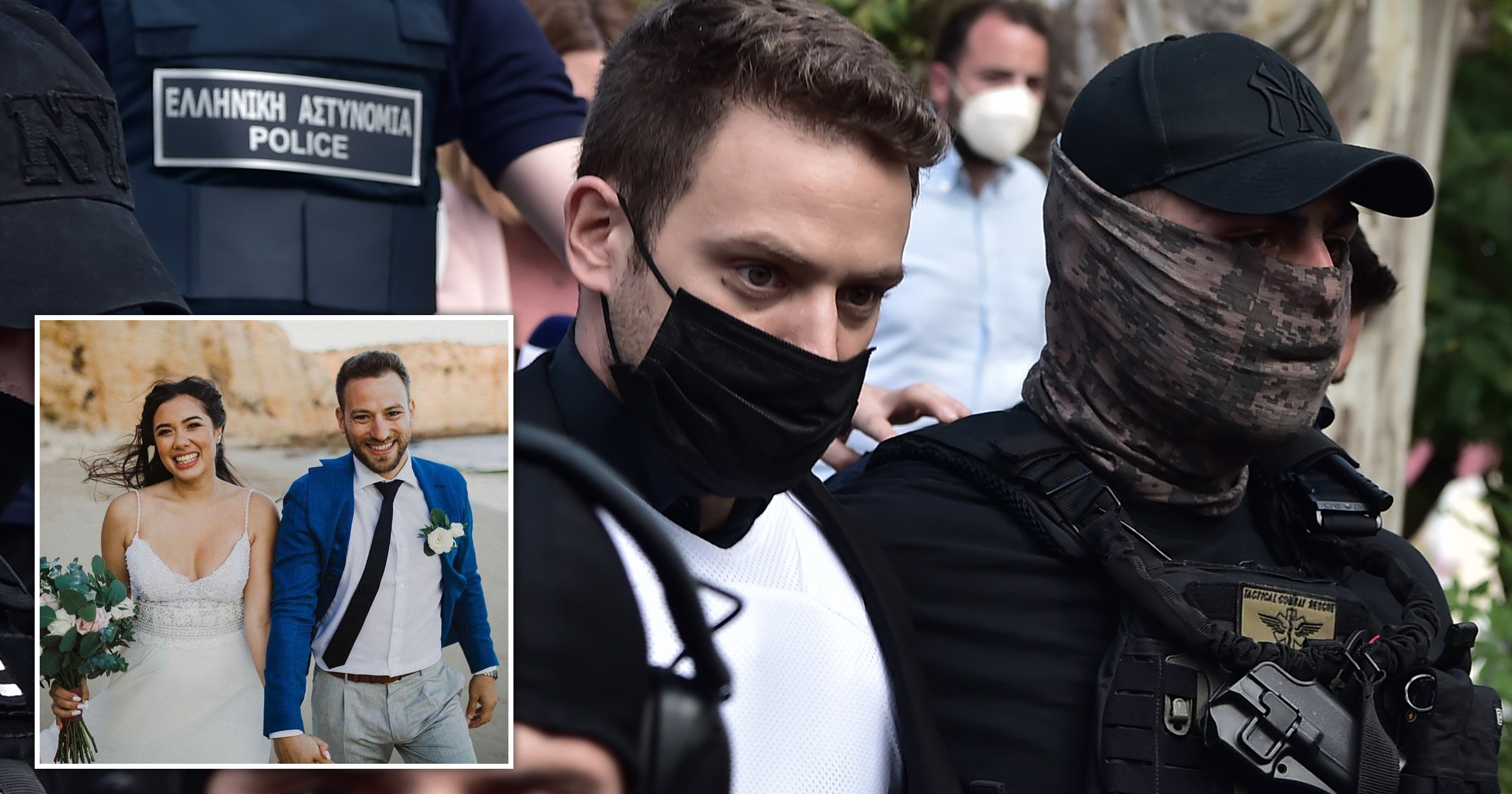 A Greek helicopter pilot who killed his British wife has said he tried to cover up the murder because he wanted to stay out of jail to raise his daughter.

Babis Anagnostopoulos, 33, initially planned to make the body of Caroline Crouch ‘disappear’ but instead decided to stage an elaborate fake robbery to cover up what he’d done, according to his police testimony.

Anagnostopoulos has admitted suffocating his wife with a pillow after she threatened to divorce him and take their baby daughter, Lydia.

He killed the family’s dog to make the staged robbery seem more plausible and appeared on TV in the immediate aftermath of the tragedy.

But his story unravelled after police found data on his smart watch that showed he had been moving around the house, when he’d claimed to have been tied up.

According to local media reports, Anagnostopoulos told police: ‘I thought of making one last attempt so that [Lydia] might at least grow up with her father.

‘I thought of disappearing [Caroline’s] body, but it was impossible for me to do so. Just looking at her, I cried.

‘The next thing I thought was to say that someone else did it. I would tell the police that robbers entered the house. I was in a panic. I did not know what to do. I thought that in order to look more plausible and to believe that rogue robbers had entered, I would have to hurt the dog.

‘No one would have thought that I could harm a dog. With heartache I hung the dog leash on the railings of the stairs.’

In the aftermath of the killing, Caroline’s diary entries have also emerged, showing she had tried to leave her husband on numerous occasions after ‘blazing rows’.

But she decided to stay after becoming pregnant as she wanted her daughter to grow up with both parents.

Anagnostopoulos, appeared in court wearing a bullet proof vest in Athens on Friday and was arraigned for the May 11 killing of Caroline, 20.

He was led away from the court in handcuffs and is due to return next week to give evidence.

In brief remarks to reporters, his lawyer confirmed that he had confessed to the crime, adding that he had expressed remorse for his actions.

Anagnostopoulos was detained after authorities summoned him for questioning Thursday while he was attending a memorial service for Caroline on the Aegean Sea island of Alonissos, where she grew up.

He was seen hugging his late wife’s mother, Susanna, in the hours before police took him away.

The suspect was flown to Athens by helicopter from the nearby island of Skiathos, and interviewed for more than six hours before police announced he had confessed.

The case had shocked Greece and prompted government officials to announce a 300,000-euro reward for information about the crime.

In a May 16 post on Instagram, Anagnostopoulos uploaded an undated photograph of the couple on a trip to Portugal for a wedding photoshoot, writing: ‘Always together. Farewell, my love.’