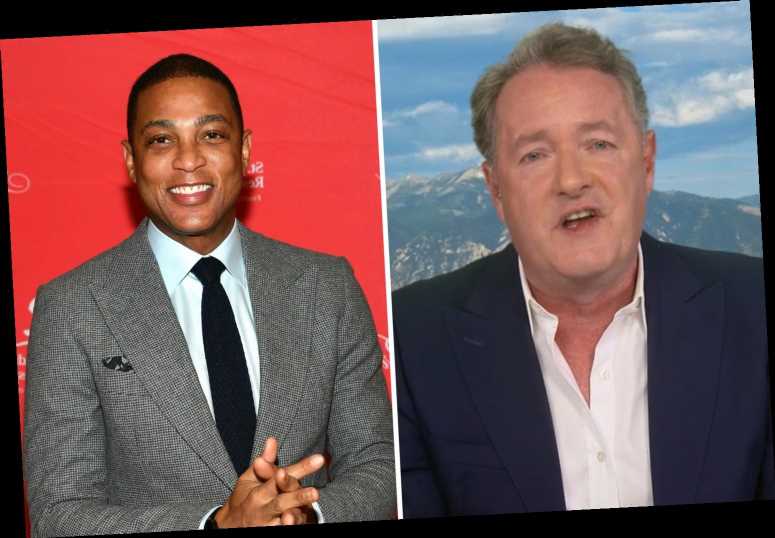 PIERS Morgan has blasted Don Lemon for branding him a "racist" for his remarks about Meghan Markle, insisting he thought the CNN host "was a friend".

The former Good Morning Britain and CNN host made the comments during a "tell-all" interview with Tucker Carlson on Fox Nation on Monday afternoon. 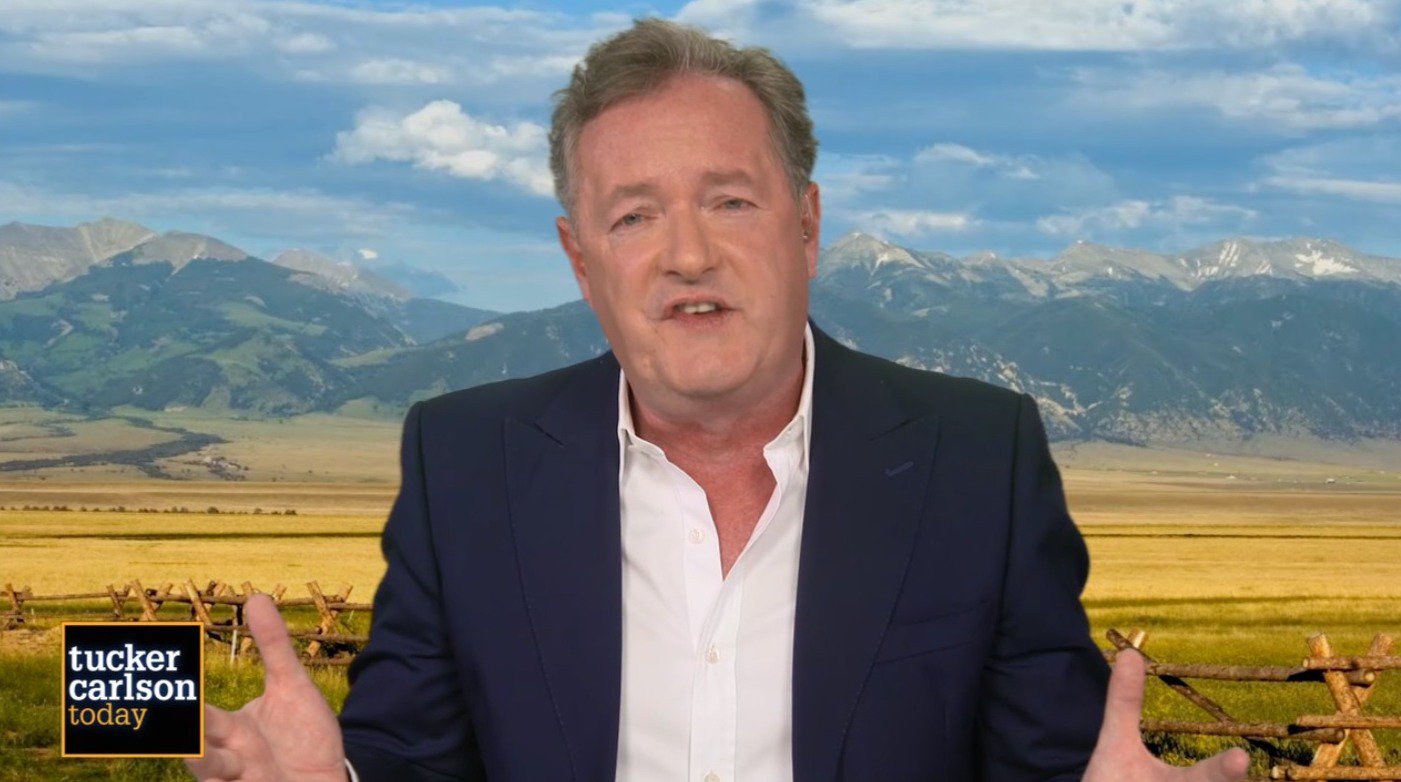 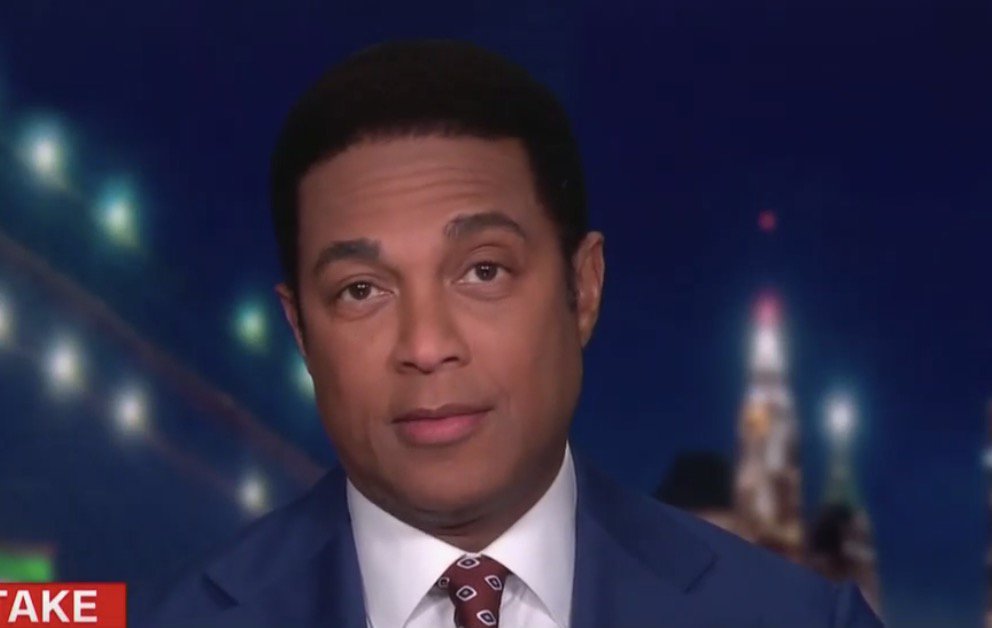 Piers, 56, came under fire for his comments about not believing Meghan's claim in an interview with Oprah that she had been turned away from the Palace when she asked for help following suicidal thoughts.

Morgan said he "didn't believe a word" she said during a broadcast the day after the interview aired.

Responding to Morgan's commentary in a March 16 broadcast, Lemon accused Morgan of commuting an "act of racism" by dismissing the duchess' claims.

When pushed by Carlson on the matter on Monday, an exasperated Morgan replied: "I’ve seen Don Lemon at CNN – the guy who sits in my old office, who I thought was a friend – actually say on his show that I’d committed an act of racism.

"But disbelieving someone, that’s an act of racism?” 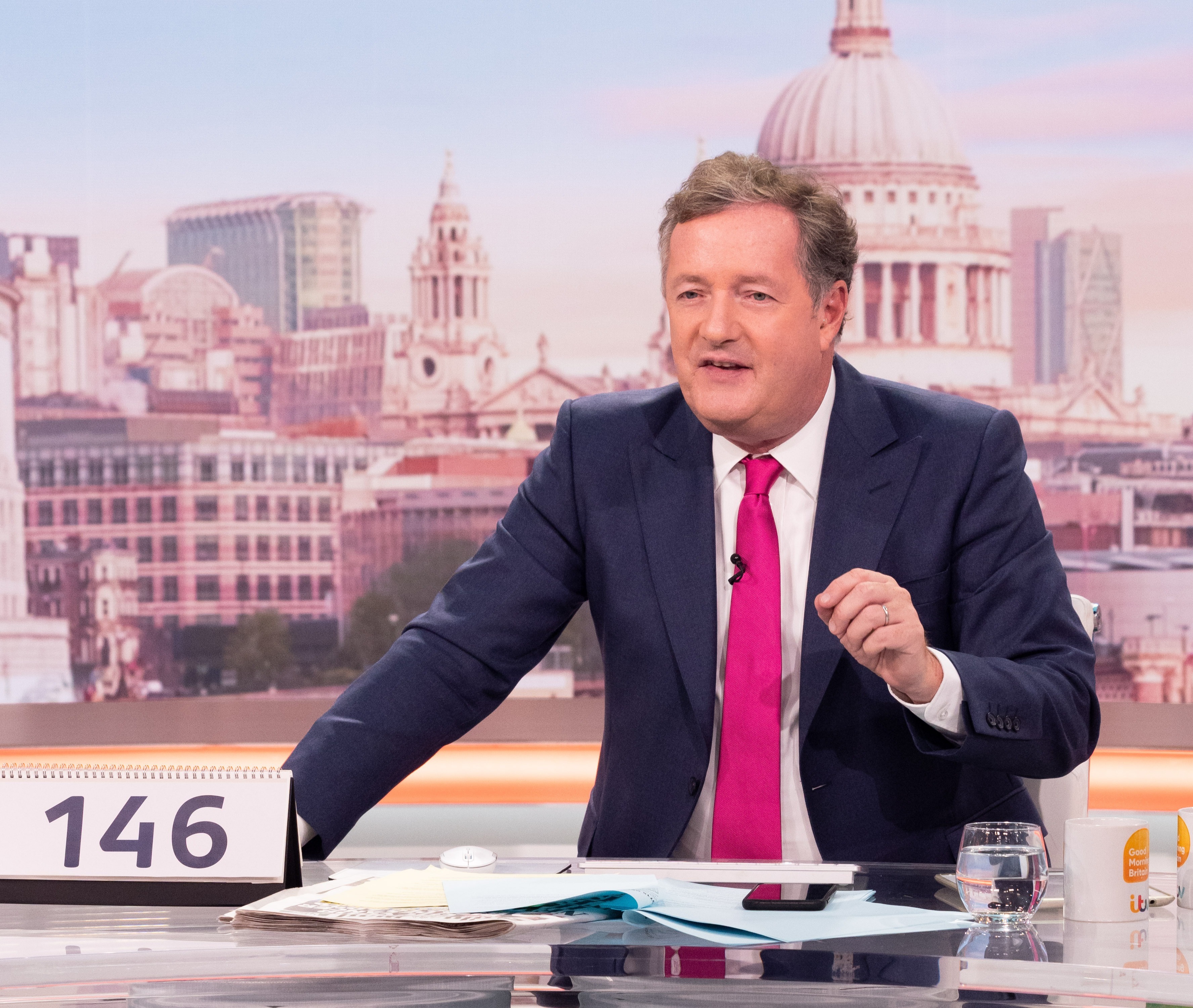 "You're accusing two people in the palace of being unspeakably cruel simply to protect the brand of the Royal family, if that is true let's have the names of these people and let's go to them and ask them is this true," Piers told Carlson.

"'Did you tell a suicidal woman, who told you she was suicidal, not to get help?' – because I find that impossible to believe."

Markle made the comments about her mental health during an interview with Oprah Winfrey that aired last month.

The 39-year-old said she had been told she would not be able to seek help as it "wouldn't be good for the institution."

Also in the Winfrey interview, the Duchess of Sussex said there had been conversations with herself and Prince Harry about their unborn son and what color his skin would be – and "what that would mean or look like." 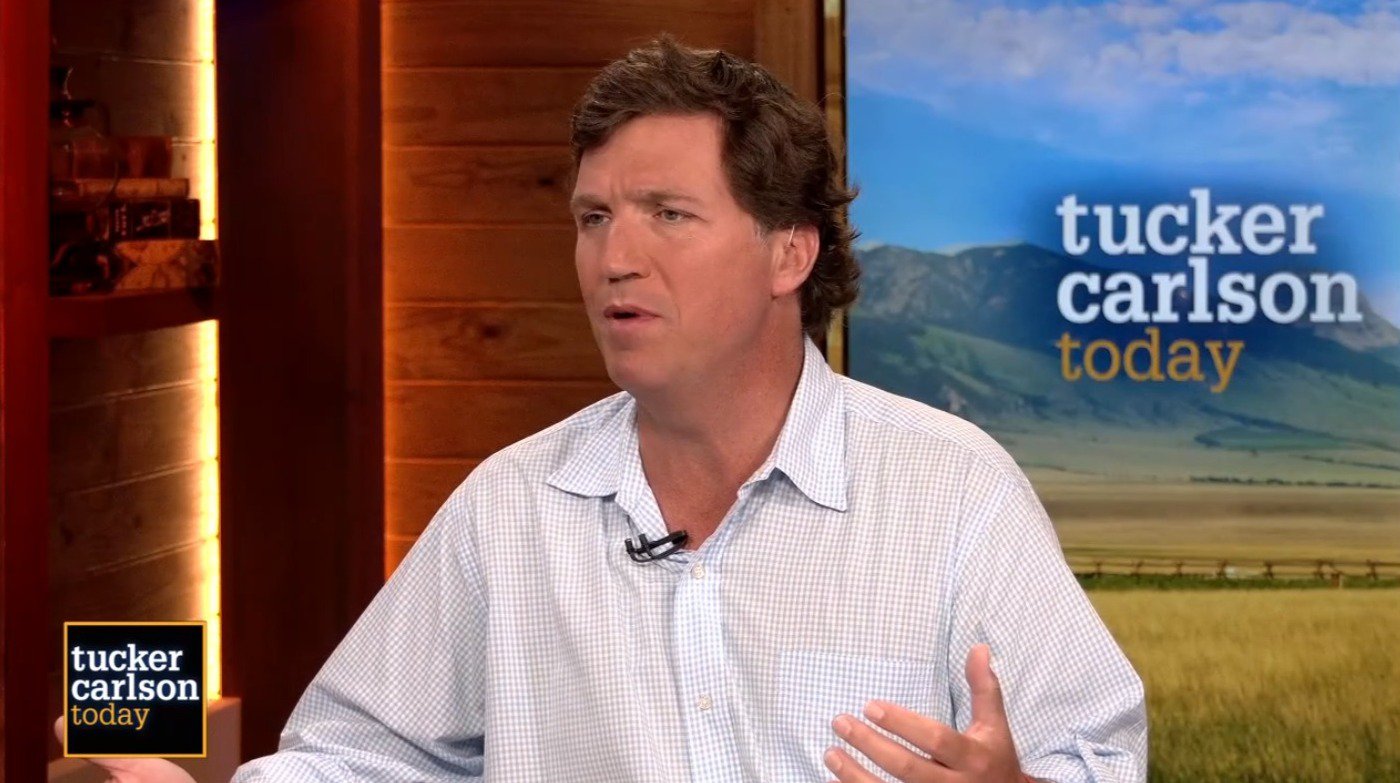 However, in the fresh chat with Piers, the journalist insists that "we don't know the context, we don't know what was said."

He added that Markle was "accusing the Queen and the Monarchy and the institution as being racist," adding "that's really what was going down here."

Piers said that if the question was as "innocent" as somebody saying "given Meghan's father is white, her mother's black, what color would the baby be" that he believes this would be an "innocent question."

However, he said that if it were "loaded with a sense of derogatory tone or concern, then it becomes racism."

Speaking about Markle's claims to Oprah that Archie was banned from being prince after royals questioned how "dark skinned" he would be, Piers blasted that this is "completely untrue."

"It's not just a sense of her lived experience being untrue, it is factually incorrect. That boy was never going to be a prince until Prince Charles, Harry's father, becomes king on the death of the Queen.

"And that's gonna happen whatever the skin color of Archie's mother, that's set-in-stone – it's been the case for 100 years."

Piers added: "So for Meghan Markle to try and create a story that says that the decision to not make Archie the title of prince was based on his skin color is a lie." 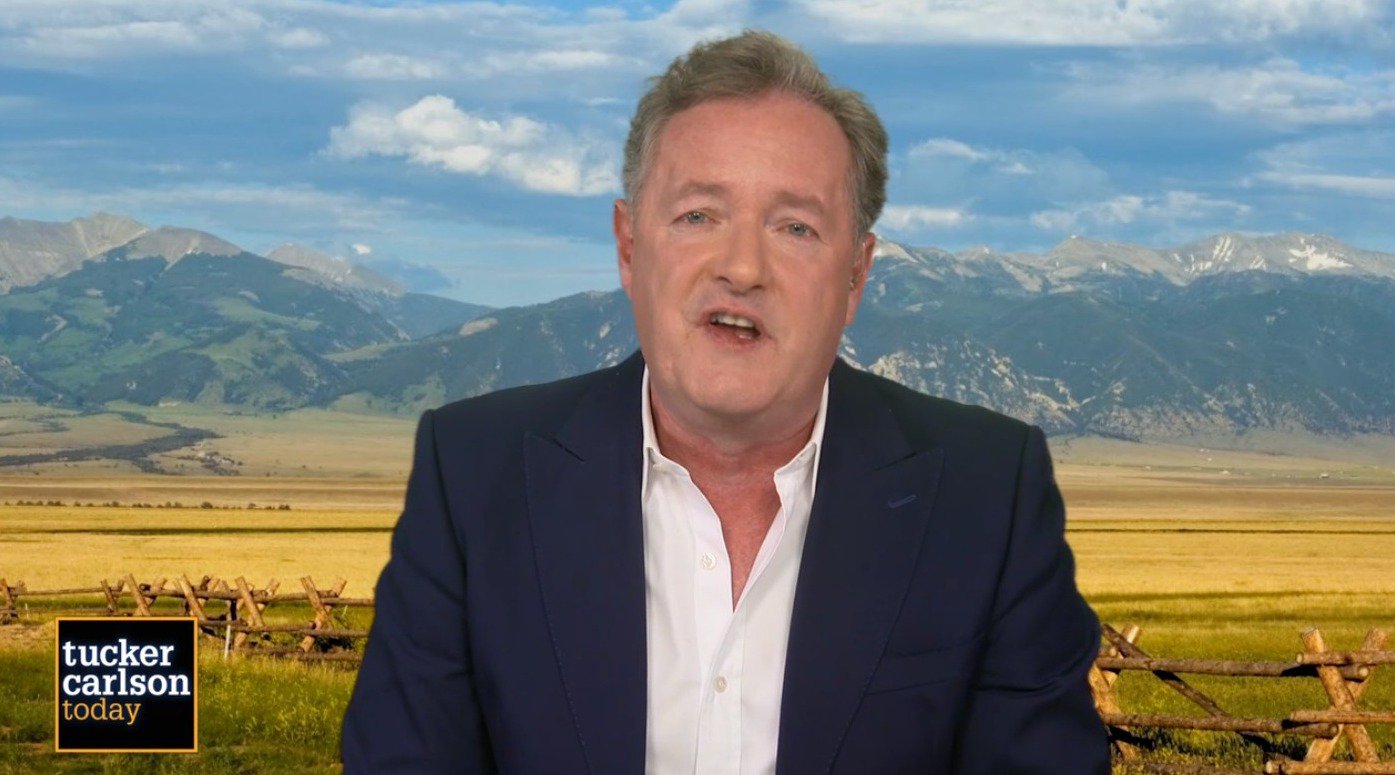 Morgan then questioned whether Markle was "deliberately lying" or "completely delusional" before claiming that he does not care.

He added that Markle is claiming that the Queen is a racist, which Morgan denied as being true.

The Sun revealed that Piers, who quit the British TV show after being asked to retract comments he made about Meghan, thought carefully about where to speak out.

An insider told us: “Piers knows full well that he is talking to a tough crowd in America.

“The majority of people across the States love Meghan and Harry. The Oprah interview sent shockwaves round America and, if anything, only made them even more popular and interesting to people there.

“But America hasn’t followed all the twists and turns since the interview – and Piers is keen to make sure people know what happened next.

“Some of what Meghan and Harry said has already unraveled – like the suggestion they were married in secret before their wedding. And the fact Meghan freely travelled the world despite claiming her passport was taken away.

“Plus some Amercians may not be fully aware of the Royal Family’s reaction to all of this and the fact they have already said on record their recollection of events differs.

“So Piers is keen for US viewers to get the full story and he of course will make his feelings crystal clear again about what Meghan and Harry claimed and speak his truth.

“He hopes people might look at the Oprah interview a little differently afterwards.”

Ahead of the interview, Tucker Carlson promoted the show in a clip as: "So Piers Morgan was banished from television for asking a simple question: how is it that the most privileged people in our society get away with posing as the most oppressed?

"For asking that, they crushed him and took his job away. On Monday we will speak to Piers Morgan for his interview on live television since he was cancelled."

Piers has since called Meghan a “fake virtue-signaling hypocrite” – and blasted Oprah for failing to challenge the Duchess.

On the same day Piers quit, the outspoken TV host stormed off after becoming engaged in a row with co-star Alex Beresford.

Piers was told to apologize on air, but refused and chose to walk instead.

Piers has been on the ITV show since 2015 where he has fought off thousands of Ofcom complaints for his robust interviewing style.

Your ultimate unlockdown guide for England from April 12
Technology