PFIZER'S Covid vaccine is now 95 per cent effective, has passed safety checks and will be ready for sign off "in days".

It means the first jabs could be rolled out within weeks if regulators give it the green light. 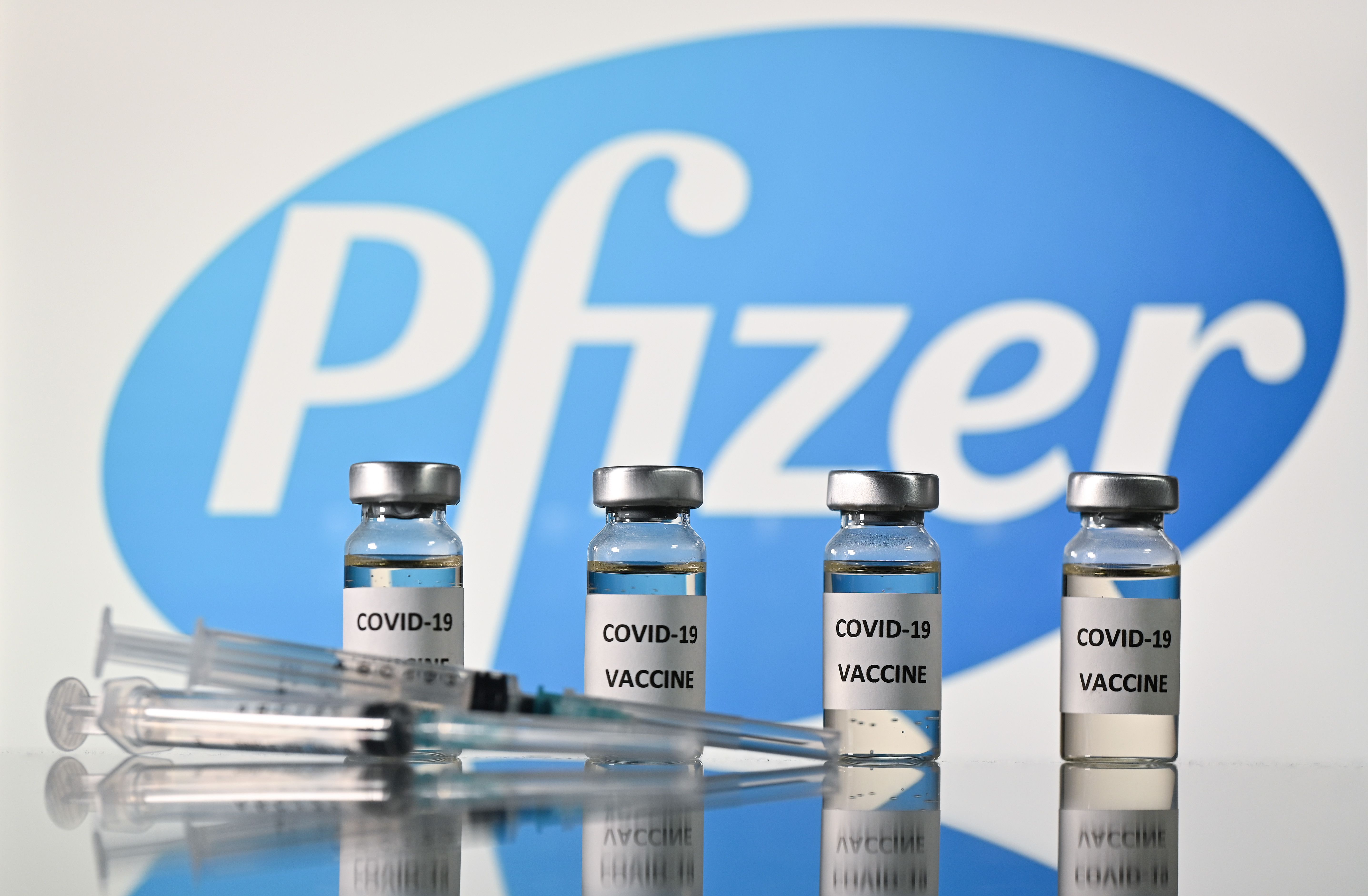 The Pfizer-BioNTech vaccine has met the safety criteria needed for emergency authorisation, the firms said today.

And company bosses plan to submit the vaccine to the regulators in the US for emergency use approval "within days" before sharing with others around the world.

UK regulators are poised to fast-track authorisation of the vaccine.

That could mean it'll be rolled out to priority groups in just a month.

The UK Government has 40 million doses of the Pfizer jab on pre-order, with 10million available for roll out before Christmas.

It means the two-dose jab could be used to immunise five million Brits by the end of the year, with enough doses to protect 20million people.

It DOES work in elderly

In an important step the latest findings show the jab does work in the elderly, with efficacy in the over 65s found to be 94 per cent.

Interim guidance from the Joint Committee on Vaccination and Immunisation (JCVI) advises that care home residents, care home workers and those over 80 should be first in line to get any Covid vaccine.

Now Pfizer has published its safety data it is likely the JCVI will be able to confirm the priority order for the UK roll out.

The final analysis comes just a week after the initial results showed the vaccine was more than 90 per cent effective – making it the first Covid jab to reach the milestone. 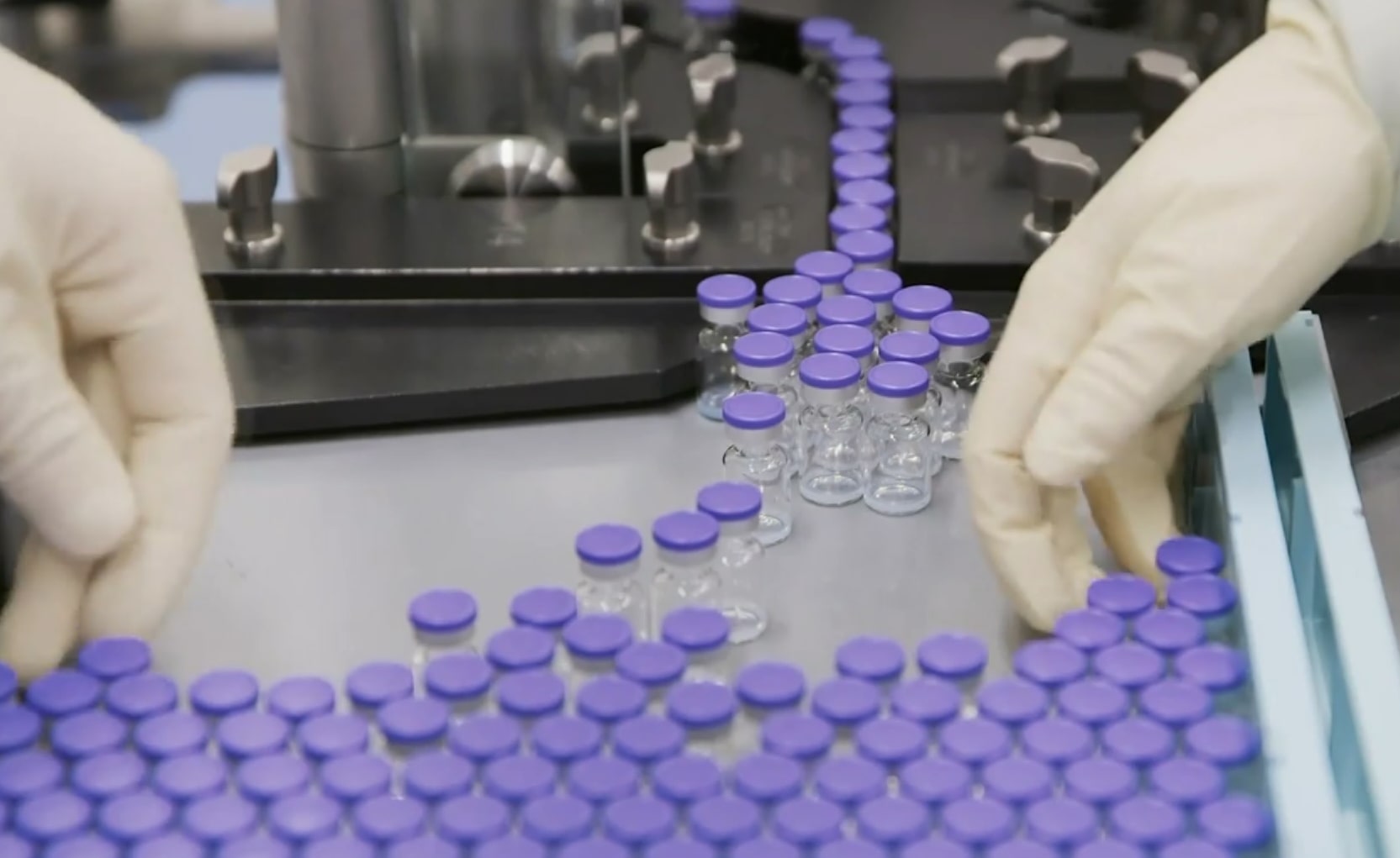 Who will get the first Covid vaccines?

The Joint Committee on Vaccination and Immunisation (JCVI) has examined data on who suffers the worst outcomes from coronavirus and who is at highest risk of death.

Its interim guidance, which assumes the jab is safe and effective in all groups, says the order of priority should be:

The JCVI said the prioritisation could change if the first jab were not deemed suitable for, or effective in, older adults.

On Monday, Moderna followed suit and revealed its coronavirus vaccine was 94.5 per cent effective.

Matt Hancock confirmed on Monday evening that the Government had managed to secure five million doses but warned they won't be available until Spring "at the earliest".

The Health Secretary has said the NHS will be ready by December 1 to start the roll out of any jab approved.

The better-than-expected data from the two vaccines have raised hopes for an end to a resurgent pandemic that has killed more than 1.3 million people globally and wreaked havoc upon economies and daily life.

Pfizer said on Wednesday there had been 170 cases of the disease in its trial of more 43,000 volunteers, of which 162 were observed in the placebo arm and eight were in the vaccine group.

Ten people developed severe Covid-19, one of whom received the vaccine. 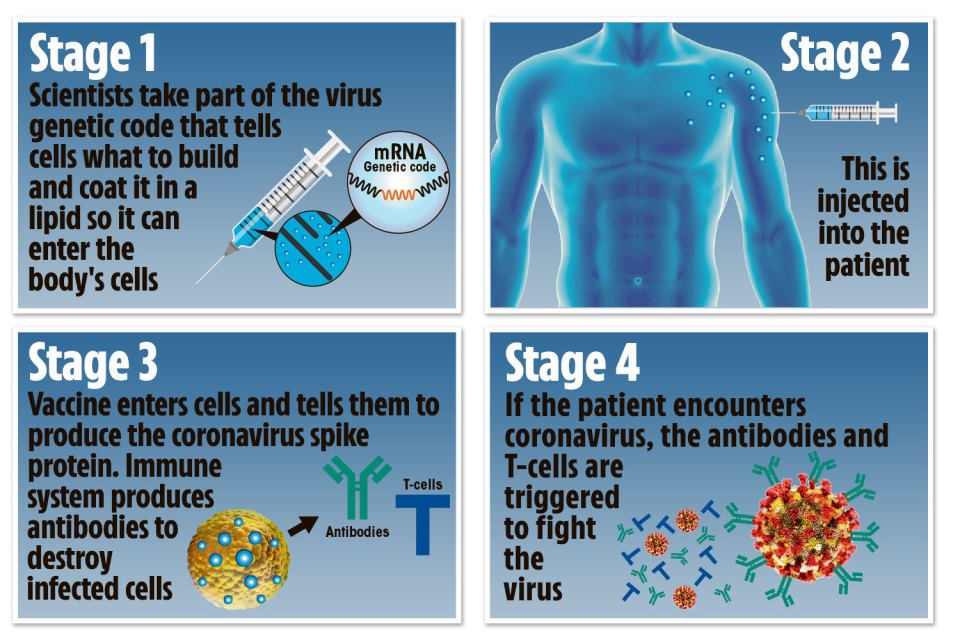 It also said the vaccine was well-tolerated and that side effects were mostly mild to moderate and cleared up quickly.

The only severe adverse event that affected more than 2 per cent of those vaccinated was fatigue, which affected 3.7 per cent of recipients after the second dose.

Pfizer and BioNTech expect to be able to produce up to 50 million vaccine doses globally in 2020 and up to 1.3 billion in 2021.