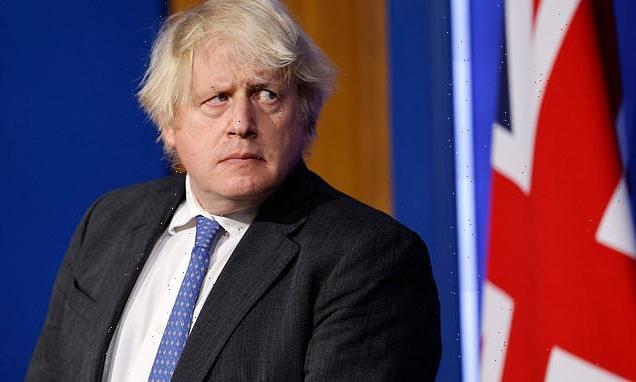 Party? What party? Boris defends staff over law-breaking party in No10

Party? What party? Boris defends staff over law-breaking party in No10 saying they have ‘worked blindingly hard for a very long time’ and events have been ‘mis-characterised’

The Prime Minister insisted events had been ‘mischaracterised’ as he held a press conference in the very room where aides last year joked on camera about an illicit gathering.

He was asked whether he would welcome a police probe into a series of parties in November and December 2020 that are currently being investigated by Cabinet Secretary Simon Case.

It came as former Tory London mayoral candidate Shaun Bailey apologised after being pictured at a party in Conservative Party headquarters last December, while such gatherings were banned in the capital.

Mr Johnson said: ‘I think you completely mis-characterised the events in this place where people, to the best of my knowledge, have worked blindingly hard for a very long time in co-operation with people around the government and across the whole of the public services to do our very best to keep people safe. 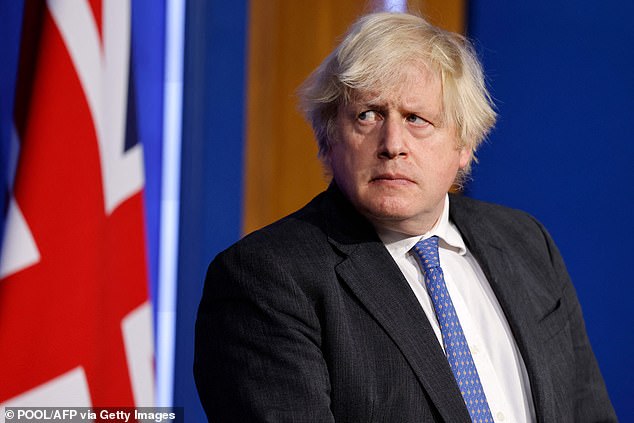 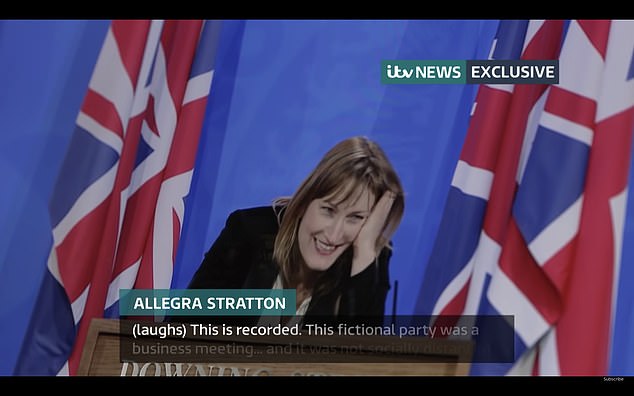 By far the most damaging has been reports that a party was held at Downing Street during a 2020 Christmas lockdown when such festivities were banned, with a video emerging this week which showed staff laughing and joking about it. 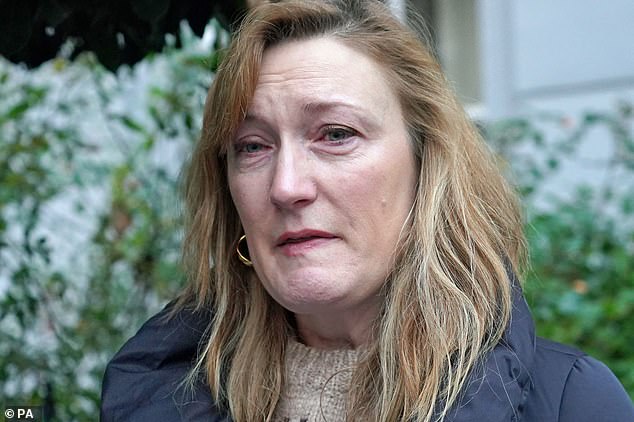 It prompted the tearful resignation of the PM’s former press secretary, Allegra Stratton.

‘But we will of course hear from the Cabinet Secretary about what he believes has happened and indeed if the police think there is anything to follow up – I am sure that they will.

‘If I may say so, I think that the public can readily distinguish between these types of reports, these types of accounts and the overwhelming imperative that we have now together to tackle this disease in the two pronged way that we are.

‘I think those are the messages that I’m seeing the public understand very, very loud and clear, and really responding magnificently.’

By far the most damaging has been reports that a party was held at Downing Street during a 2020 Christmas lockdown when such festivities were banned, with a video emerging this week which showed staff laughing and joking about it.

It prompted the tearful resignation of the PM’s former press secretary, Allegra Stratton.

Last night it was claimed No10 staff who stayed in Downing Street to take part in an alleged ‘lockdown-busting’ Christmas quiz last year were told to ‘go out the back’.

Downing Street is accused of holding four parties that broke Covid restrictions last year, including a quiz attended by dozens of staff and which the Prime Minister helped to host on December 15 – three days before another Christmas party which is being investigated.

No10 previously insisted that Downing Street were ‘often required to be in the office to work on the pandemic response’ during the various lockdowns, and therefore ‘those who were in the office for work may have attended virtually from their desks’.

But the Mirror said a message sent by No10’s head of HR on the night of the quiz advised that those who had stayed behind to take part ‘go out the back’ when they left.

The paper also unearthed the team names used that night, including ‘Professor Quiz Whitty’, ‘Rebels without a Claus’, and ‘Hands, Face, First Place’.

The quiz night is one of at least six parties across Whitehall from November to December last year when the Government was ordering the public to stay at home and protect the NHS. Tier 2 restrictions in London on December 15 said there could be no mixing of households indoors, apart from support bubbles, and a maximum of six people outside.

Mr Case has been tasked with investigating alleged gatherings or parties held in Government buildings during restrictions. It has been suggested he could come back with his findings as early as this week. 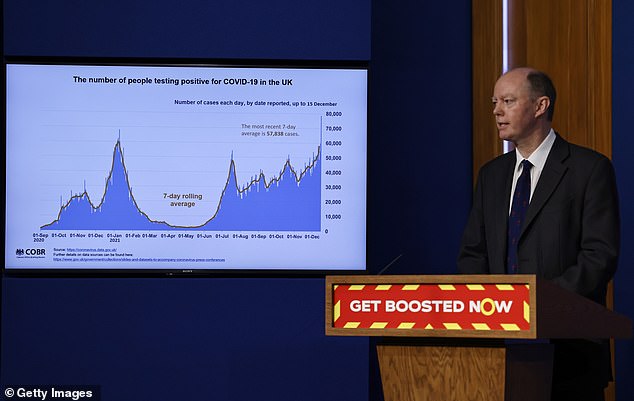 Chief medical Officer Prof Chris Whitty said he felt people could separate their feelings of unfairness over the breaching of lockdown rules and how they acted in the interests of public health.

‘I’m not commenting on individual cases or commenting on the rights or wrongs of anything, to be honest, I never have throughout this and I don’t intend to start now.

‘What I do think is most people actually separate that out from their absolute need to think seriously about what’s good for them, their communities, their families, their workplaces, and the wider country.

‘People, I think, really are taking that very seriously and I don’t think those two are in conflict. I think people basically can do both simultaneously.’