Paris will close all its bars starting on Tuesday for two weeks as the city’s coronavirus alert level is moved to maximum to combat rising case numbers.

Restaurants and bistros that serve alcohol will be allowed to stay open, provided they register all guests on a track and trace system, maintain social distancing, and close no later than 10pm.

Working from home should be prioritised ‘now more than ever’, Prime Minister Jean Castex said, while university lecture halls should be no more than half full. 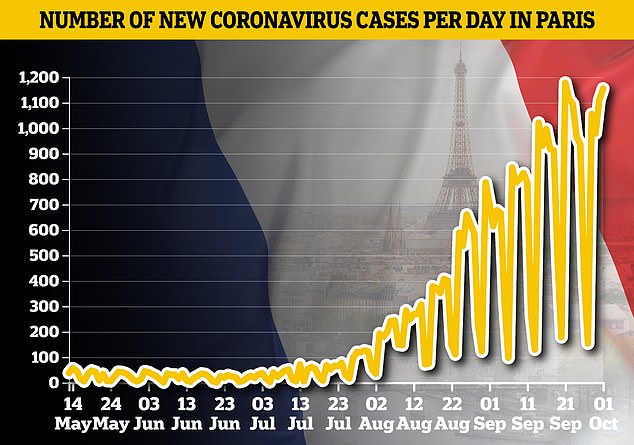 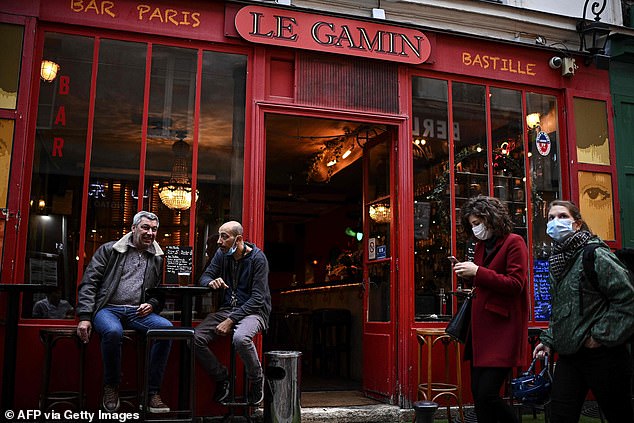 Bars will be banned from opening altogether, restaurants will be allowed to open no later than 10pm, and home working is being strongly encouraged (file image)

It comes after Paris breached the maximum alert threshold of more than 250 infections per 100,000 people, with more than 30 per cent of intensive care beds reserved for coronavirus patients.

The city breached the criteria last week, but officials had been waiting to see if the situation improved before going ahead with extra measures.

Mr Castex announced on Sunday that extra measures would be needed, after the number of new cases kept rising.

According to government data, there were 1,155 new cases of coronavirus in Paris on October 1, the most recent data to be made public.

It also comes after the city of Marseille, which is at the centre of a second wave of coronavirus in the south of France, went into a similar lockdown last week. 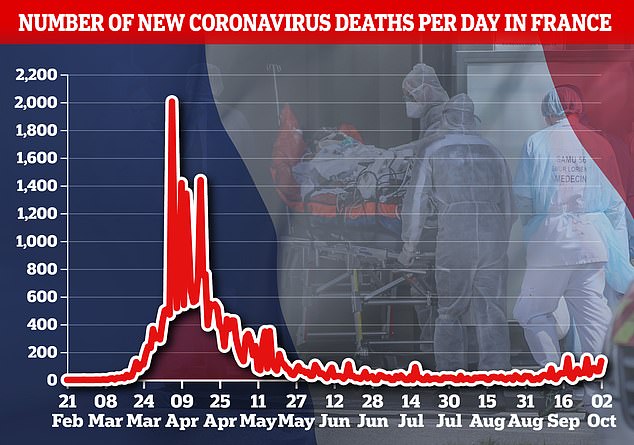 Despite cases soaring deaths have not followed suit – however, the country is reporting a rise in hospital admissions and pressure on intensive care beds

More details about the Paris lockdown, which will also apply in three departments around the city, will be announced by mayor Anne Hildalgo on Monday.

‘These measures, indispensable in the fight to curb the virus’ spread, will apply to Paris and the three departments immediately surrounding it, for a duration of two weeks,’ an announcement published on Sunday said.

Interior Minister Gerald Darmanin admitted that the new measures would be difficult for Parisians, but insisted that they were needed to keep people safe.

‘We are French, we love to drink, to eat, to live, to smile and to kiss each other,’ he told French TV channel LCI.

France reported 12,565 new cases of coronavirus on Sunday, along with 32 new deaths from the virus.

Trump eager to return to campaign trail after COVID-19: aides