The Washington Post describes it as “surprisingly not abominable”, but Australian sexologists say Gwyneth Paltrow’s hands-on take on sex therapy is potentially harmful, especially given the huge increase in demand for sex and relationships counselling in Australia. 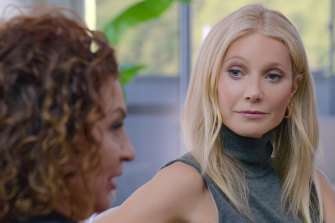 Actress and lifestyle entrepreneur Gwyneth Paltrow in a secene from ‘Sex, Love & Goop’, which premiered on Netflix late last month.

Kerrin Bradfield, chair of the Society of Australian Sexologists, and other registered psycho-sexual therapists, say the series could lead patients to believe these practices are part of conventional therapy, and potentially expose therapists and patients to danger.

Ms Bradfield said the message that sexologists touch or have sex with, or in front of, clients and the use of non evidence-based approaches “is potentially very harmful and could have a lot of unintended consequences” at a time when the pandemic has led more Australians than ever to seek sexual therapy.

“The biggest misconceptions about this field are that a sexologist will need to touch you, watch you have sex, involve nudity, or even disclose details of their own sex lives to help you. That simply isn’t true,” Ms Bradfield said. 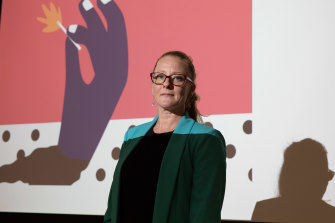 “These kinds of misconceptions … can lead some members of the public to assume that sexologists are ‘up for anything’ which has resulted in everything from unsolicited dick pics to stalking.

”How will [clients] know that it isn’t OK for someone claiming to be a sexologist to touch them or ask them to do something sexual?” she said.

In Australia, sexology is a registered qualification offered as a post-graduate specialisation. The Society of Australian Sexologists is the peak body for regulation and accreditation and has a rigorous application process, but the title “sexologist” is not protected, so anyone can claim it.

While Paltrow is a strong supporter of sexual pleasure for women, some of her website’s products and claims have been shot down by medical experts, including “steaming” the vagina and inserting jade eggs into it.

Goop was prosecuted and agreed to pay $US145,000 for claims the $US66 “yoni eggs” can “balance hormones, regulate menstrual cycles, prevent uterine prolapse, and increase bladder control”.

These kinds of misconceptions … can lead some members of the public to assume that sexologists are ‘up for anything’.

Even so, there were some positives to the series, including “that it discussed the impact of colonisation of sexuality particularly for cis women [women who identify as the gender they were born with] … exploration of shame, and at times gloved consensual touch.

”The show is very focused on somatic body workers who call themselves sexologists and sexuality educators. As it isn’t a protected title anyone can use it, however it creates a lot of confusion and harm.“

Lisa Torney, a Melbourne clinical psycho-sexual therapist, said demand for sexual counselling had increased enormously as people reassessed what they wanted from their lives and intimate relationships. She urged clients to research their intended therapist’s qualifications. 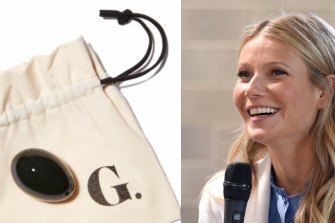 “We have had an influx of young women in particular wanting to talk about relationship difficulties … and couples with issues around sexual boredom and some incompatibility,” Ms Torney said. “I’ve been inundated with referrals in the last two weeks; COVID has changed the way we think about a lot of things … and that applies to sexuality.”

Consent was crucial when doing any kind of hands-on work, and it should be done within strong ethical guidelines.

Dr Chris Fox, a senior lecturer in sexual health (sexology) at the University of Sydney, and a sex and relationship therapist, said the kind of “sexological body work” shown in Sex, Love & Goop exists in Australia but “is very unregulated”.

He agreed demand had increased enormously during the pandemic and that clients should check sexual therapists’ credentials. But he warned clients not to believe everything they saw on the Netflix series, which premiered late last month.

Fascinating answers to perplexing questions delivered to your inbox every week. Sign up to get our new Explainer newsletter here.