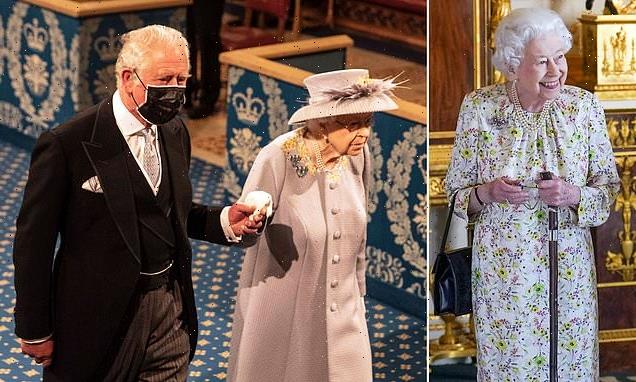 The public must start assuming the Queen will not attend public events, a palace source has told The Mail on Sunday.

In recent months, Buckingham Palace has been forced to make several last-minute announcements that the Queen has ‘regretfully’ pulled out of engagements due to mobility issues.

Under a new strategy, aides will now confirm her attendance only on the day of an event.

‘The assumption must now be that the Queen will not be present at events,’ the source said. ‘If Her Majesty does attend, it will be decided on the day and she will be accompanied by another member of the Royal Family.’

During her record-breaking 70-year reign, the Queen’s attendance at most engagements has been planned for months and often announced publicly weeks in advance.

But the presence of the Monarch – who marks her 96th birthday on Thursday – will now be a bonus, rather than guaranteed. The decision means an even greater role for Prince Charles, under whose leadership – in large part – the Monarchy is effectively continuing. 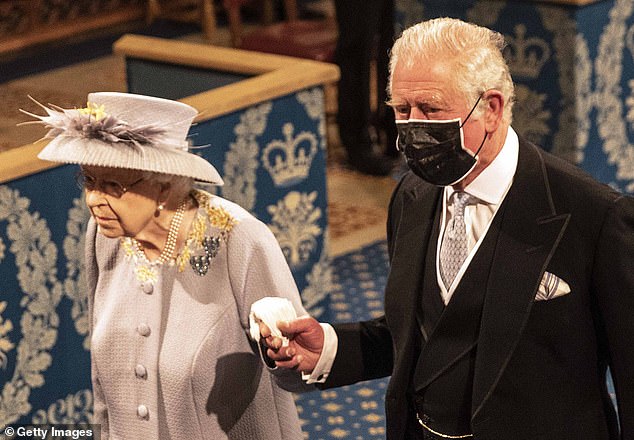 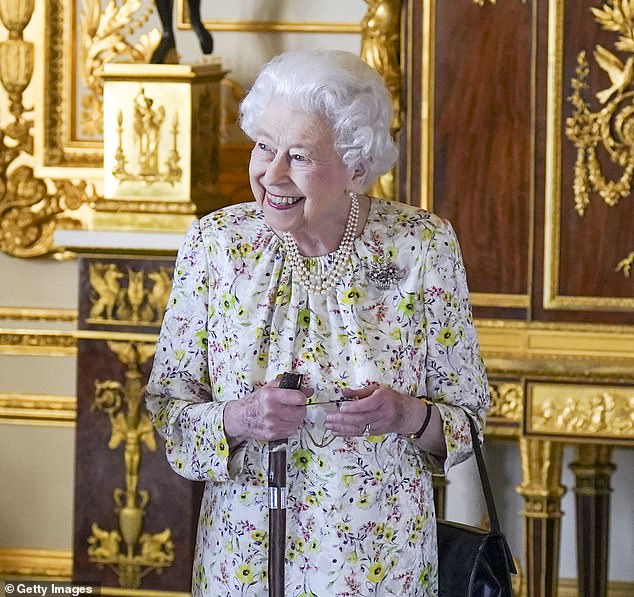 The Queen has been dealing with ongoing mobility problems, but has seemed well during recent virtual engagements

‘This year I had the enormous privilege of representing Her Majesty The Queen at the Service for Maundy Thursday, when Christians remember that humility and sacrifice are at the heart of our faith.

‘At that service, which he attended with my mother so many times over the years, my father, The Duke of Edinburgh, always used to read the Gospel which tells how on the night of the Last Supper, Jesus knelt before his disciples and washed their travel-weary feet.

‘Our Lord told them that he was doing this to give them an example of how to look after and to serve one another. It is a message they never forgot, and it is as challenging today as it was then.

‘Today, millions of people find themselves displaced, wearied by their journey from troubled places, wounded by the past, fearful of the future – and in need of a welcome, of rest, and of kindness.

‘Over the past years, I have found myself heartbroken at the sufferings of the innocent victims of conflict, or persecution, some of whom I have met and who have told me stories of unutterable tragedy as they have been forced to flee their country and seek shelter far from home.

‘But amidst all this sadness and inhumanity, it has been profoundly moving to see how so many people are ready to open their homes to those in need, and how they have offered their time and their resources to help those facing such soul-destroying sorrow and hardship.

‘This Easter, as always, we are reminded of Our Lord’s timeless example of goodness in the face of suffering, of courage in the face of fear, of faith in the face of despair. His light triumphed in that dark time. I pray with all my heart that his inspiring example might help us all dispel the darkness of the world.’

On Thursday, Charles stood in for the Queen when she missed the Maundy Service for the first time in 52 years. While the Queen is not suffering from a new illness and has appeared well during virtual engagements, continuing mobility problems meant she could not attend the ceremony at St George’s Chapel near her apartments at Windsor Castle.

Her most recent public appearance came on March 29 at the thanksgiving service for her late husband, the Duke of Edinburgh, at Westminster Abbey.

But over the past six months she has withdrawn from several other events historically central to her diary, including the Remembrance Sunday service at the Cenotaph and the annual Commonwealth Service.

Aides are hopeful the Queen will be able to attend some of the events organised to mark her 70th jubilee in person, although it is expected these will be few in number.