A PET owner has been left heartbroken after his nine-week old cockapoo puppy died from allegedly swallowing a £2.50 dog toy from B&M.

Joe Green, from Daventry in Northamptonshire, claimed his cockapoo Stanley died two weeks ago following complications during surgery to remove parts of the Puppy Play Pack from his gut. 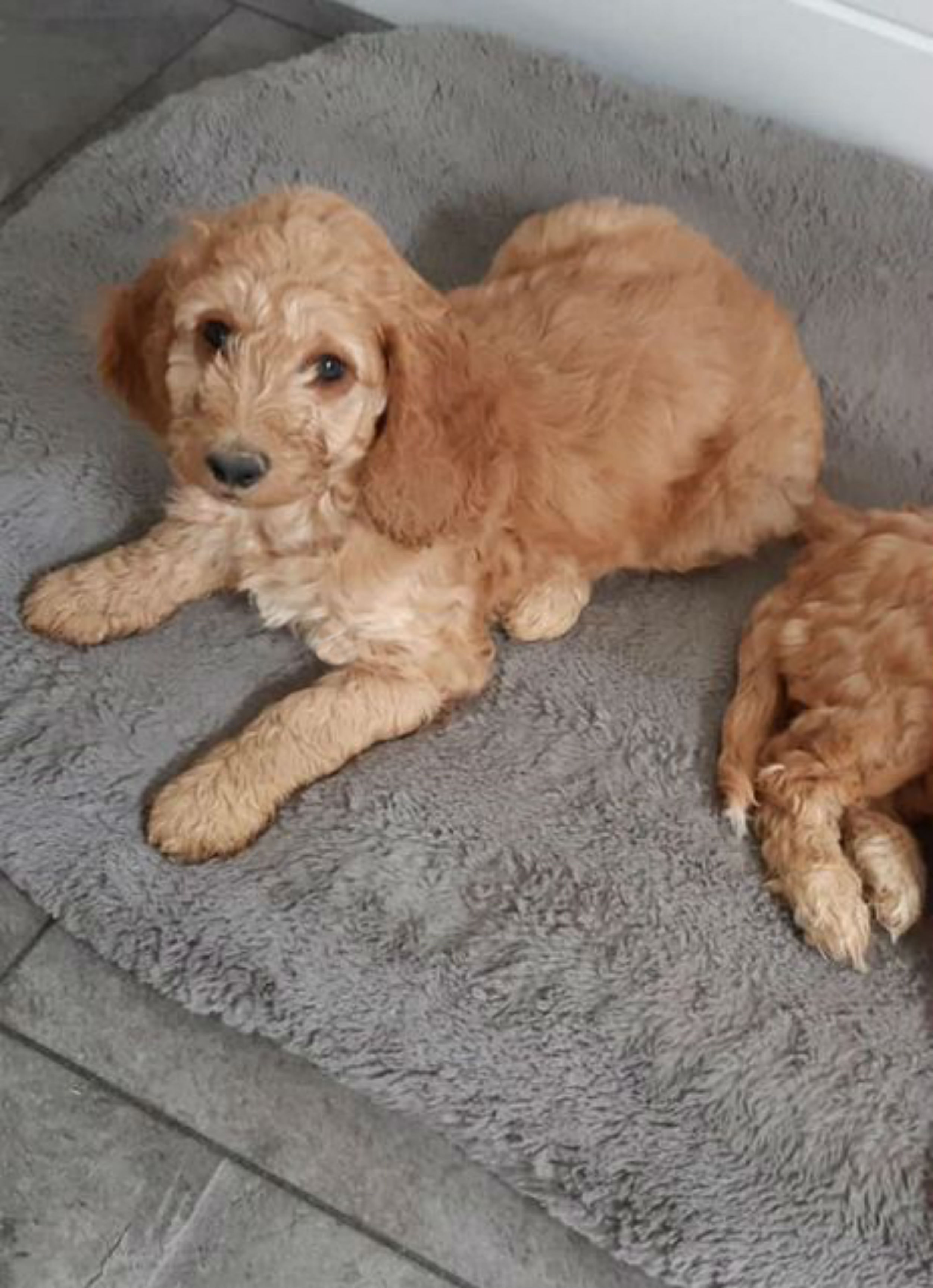 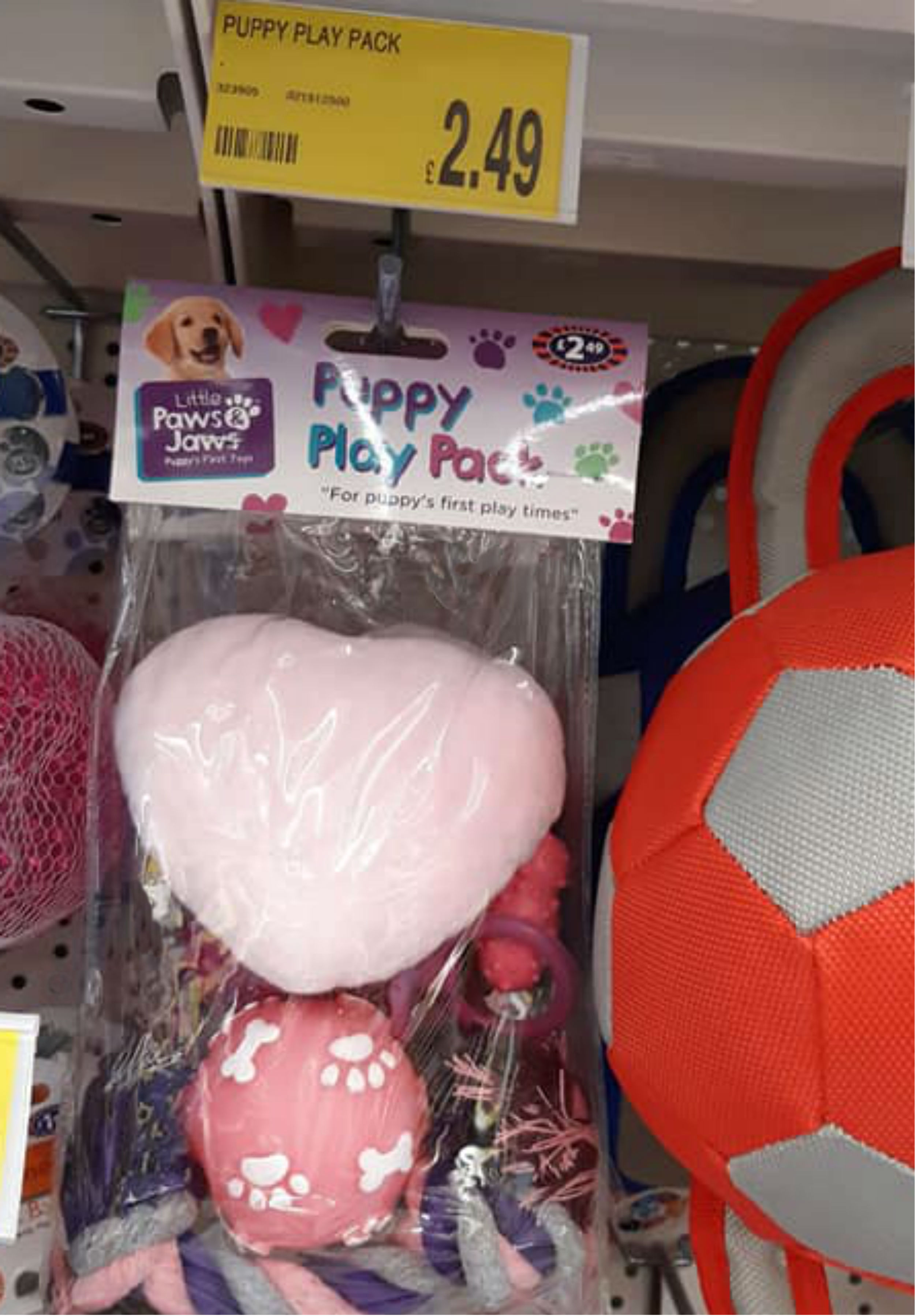 The pooch had been chewing on the rubber toys which included a ball, rope and other parts.

Stanley ended up swallowing several pieces of the chewed-up rubber, which later became lodged in his gut.

He was rushed to the vets for surgery but owner Joe said his pet “didn’t stand a chance” and passed away shortly after.

Joe has been left fuming after B&M allegedly told him they would continue to sell the £2.49 item until it was "proven that they are unsafe".

He took to Facebook two weeks ago on September 5 to warn other pet owners not to buy dog toys from B&M.

Sharing photographs of Stanley, he wrote: “Please be aware. Do not buy dog toys from B&M.

“This was our nine-week-old cockapoo pup Stanley. He was the most loving and caring little guy. Sadly he died last night following complications from surgery – he was bought a Puppy Play Pack from B&M.

“The toys are not safe for pups. As you can see from the picture there are two colours of toy from two different packs (one pink one blue) this shows that neither of the products are safe.

“He should never have been able to eat it in the chunks that he did. They became lodged in his gut, poor guy didn't stand a chance."

Joe wrote that he was told by B&M that the until the toys are proven to be unsafe they will continue to be sold.

“I do not wish for another pup or family to go through what little Stan and our family has. Please share this, spread the word," he wrote.

Joe’s post has had over 14,000 shares and attracted over 2,000 comments from social media users.

He said he also wanted to thank Daventry Veterinary Clinic for their "hard work trying to save" Stanley.

In 2018, Lynn Barton from Liverpool watched her six-year-old labrador Maddie slip away after a major operation to remove parts of a £1.99 Christmas themed rubber toy from B&M.

The beloved pooch was rushed to the vets after becoming ill and started vomiting up pieces of plastic. An X-ray showed pieces of the toy were causing a major blockage in her stomach.

Maddie’s owners had to put their dog to sleep as complications from the surgery had left her stomach leaking digestive fluid. 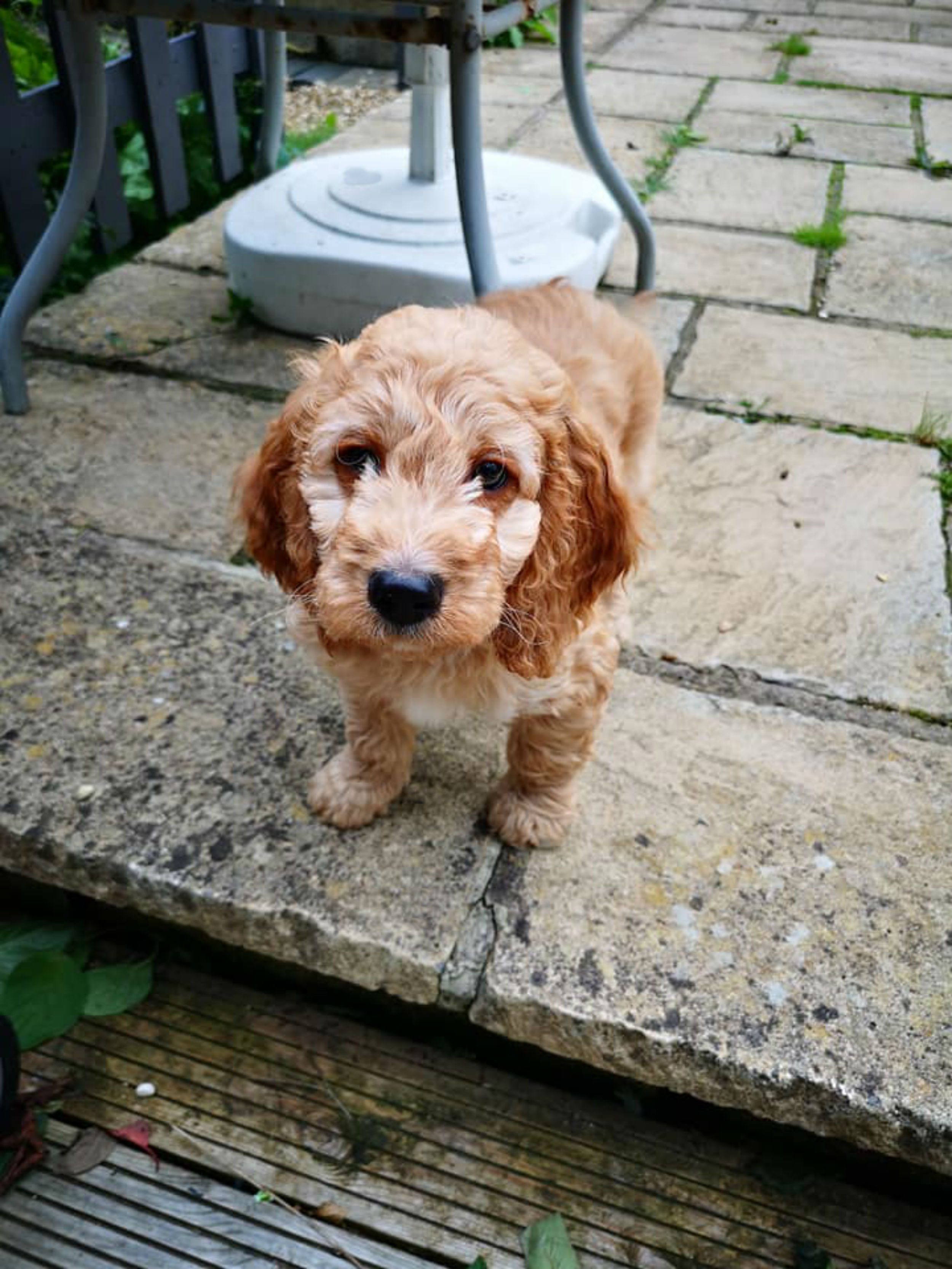 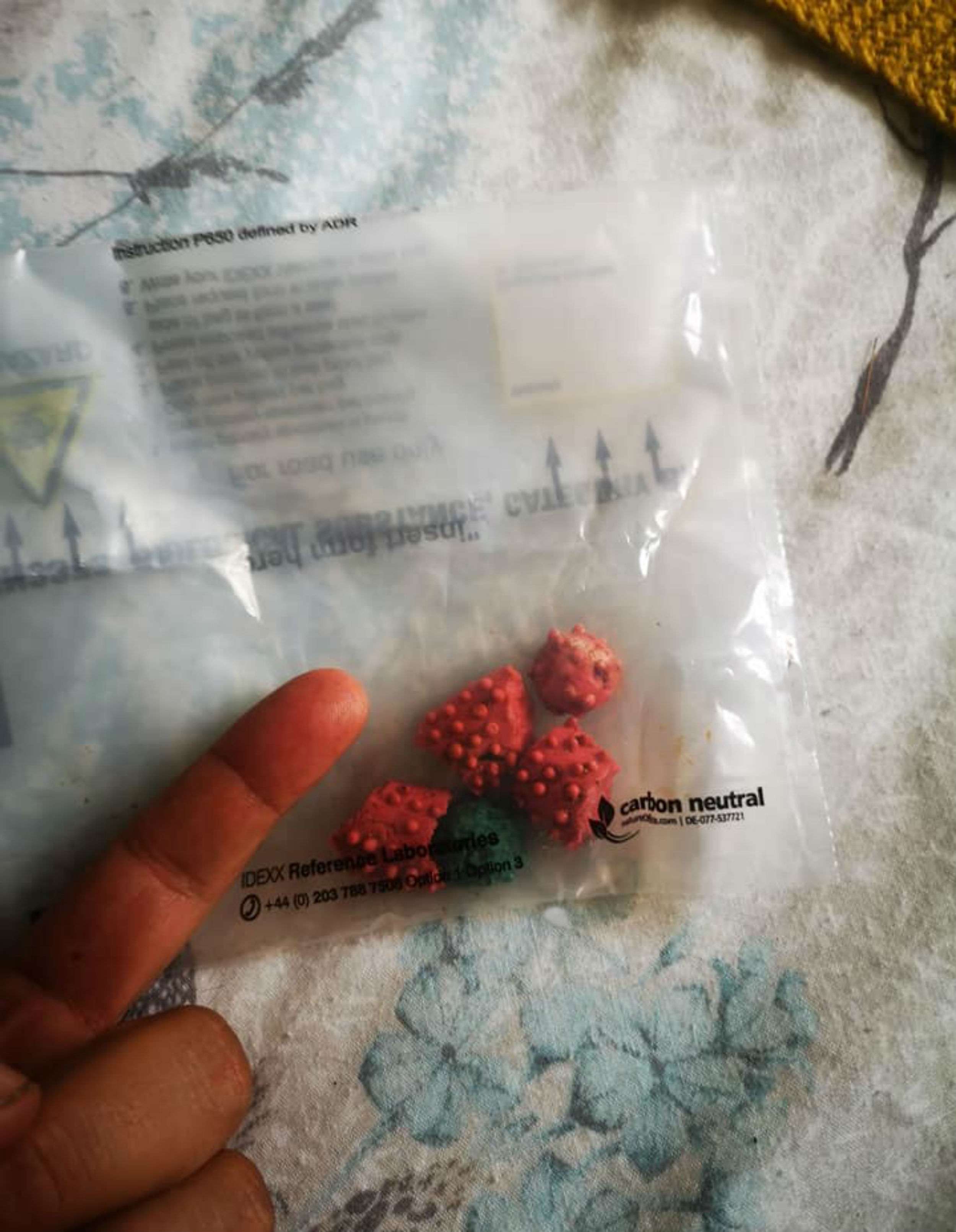 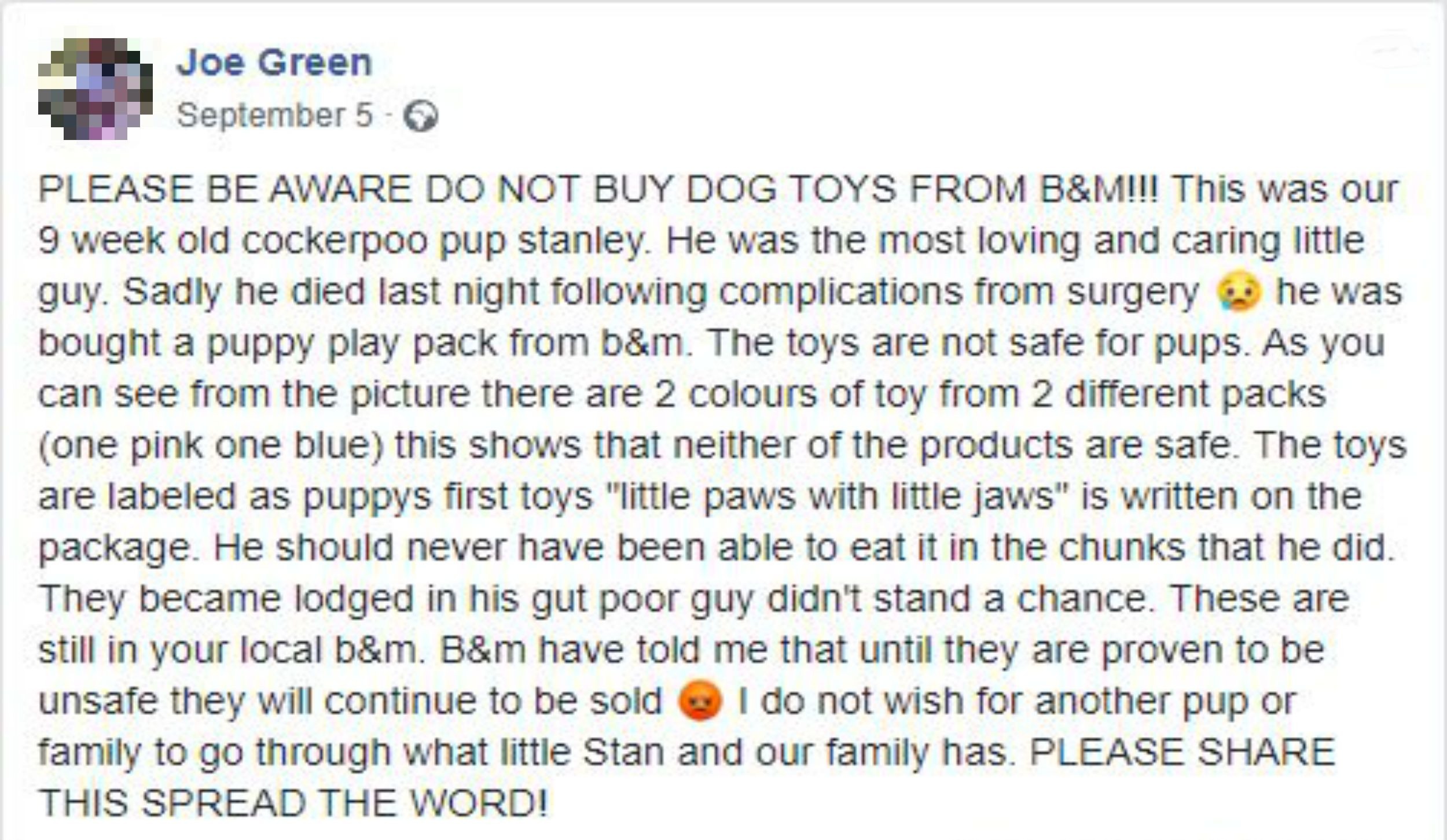 Billionaire investor Chamath Palihapitiya unloads on the ‘wasted’ first round of economic stimulus, and laments the unnecessary funding of ‘zombie’ companies

This CEO is hiring 10,000 seasonal workers—here's his advice for landing a new job
Technology