Oregon wildfires – ‘You loot, we shoot’ signs threatening thieves spring up across the state as thousands flee homes

SIGNS warning looters they will be shot have sprung up in Oregon after thousands of people evacuated their homes.

Wildfires continue to rage in the state, leaving many towns in ashes and forcing others to flee for their lives as the flames advance. 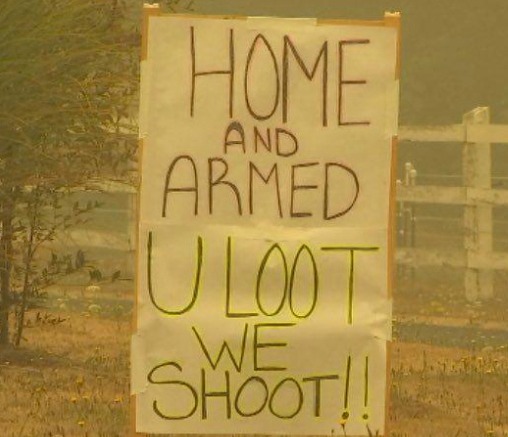 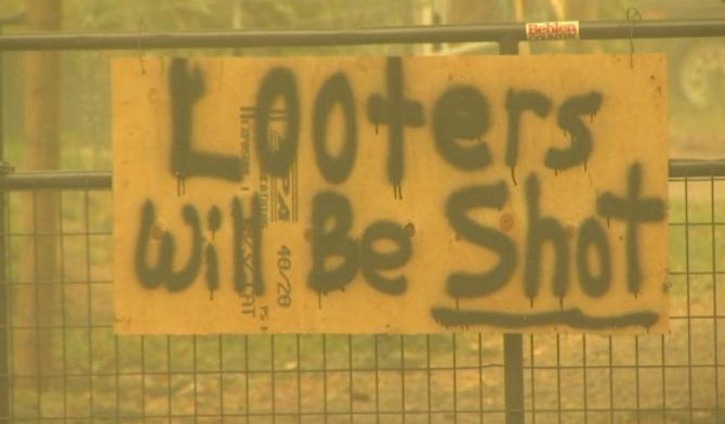 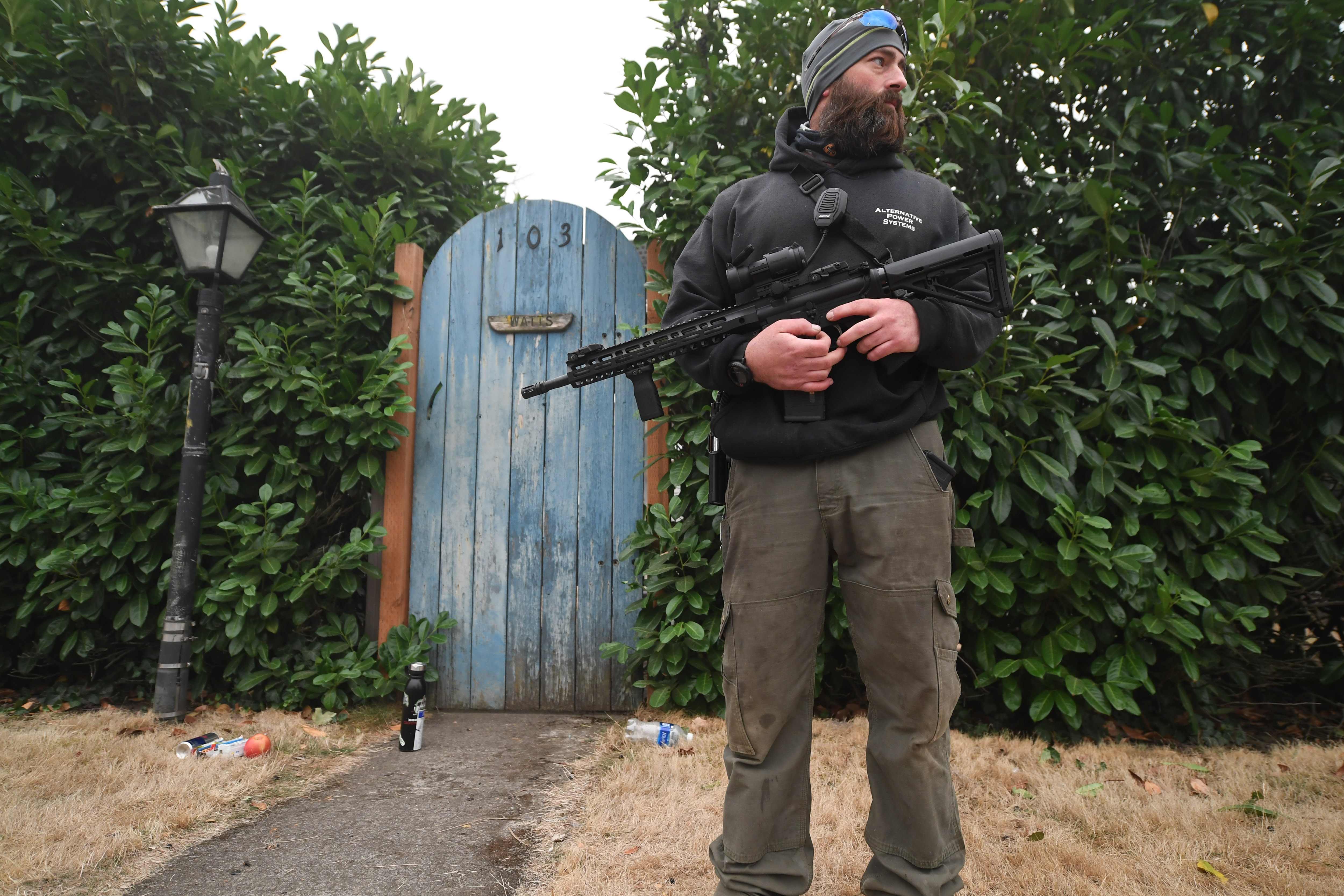 The death toll from the fires in stood at 31 and is expected to rise sharply with most of the fatalities were in California and Oregon.

Two alleged looters were arrested after they led cops on a high-speed chase in fire-ravaged Clackamas County, Oregon, authorities said.

Signs have now been spotted in the county saying “Looters will be shot” and “Home and armed, U loot, we shoot”, Kiro7 reports.

“We won’t call your family. Your body will never be found,” another sign read, followed by an emphatic “Bang, bang” drawn in red ink.

Matt Watts has been standing watch at his property to keep potential pillagers at bay with a semi-automatic rifle in hand and pistol in his belt.

"I hear nothing but looters and arsons on the radio (scanner), I did not feel in fear of my house catching fire so I decided to hang around and protect it," Watts said.

"I hope to be a deterrent for somebody that means harm."

Anthony Travis Bodda, 21, and 36-year-old Alexander Justin Jones sped off from deputies responding to a report of a suspicious van near the city of Detroit, east of Salem, sheriff officials say.

Firefighters reported seeing the van earlier in the town of Idahna and were concerned it was involved in recent lootings. 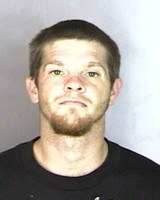 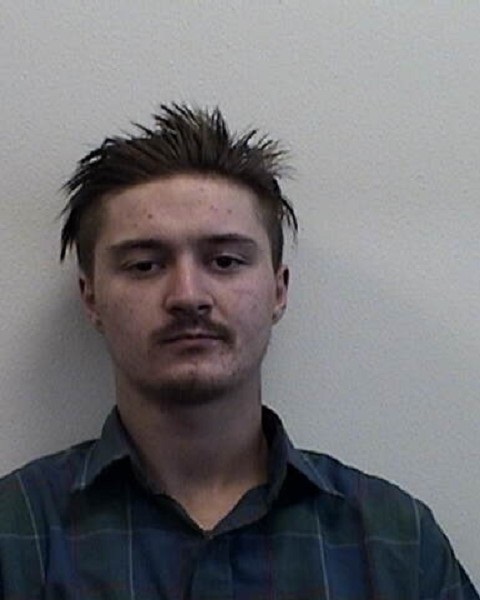 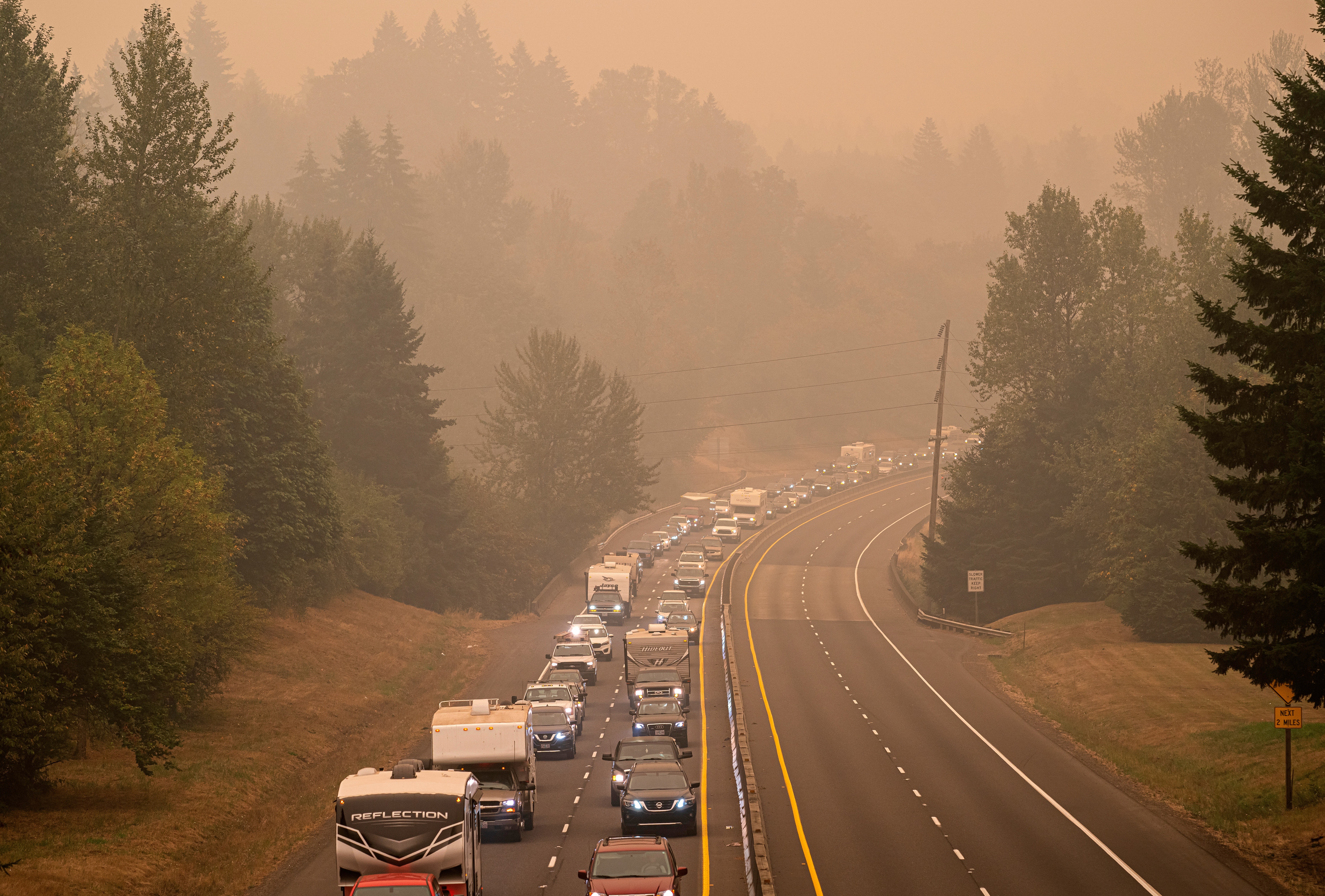 During the pursuit, Bodda and Jones tried evade deputies by driving through a golf course.

One was caught while trying to break into an unoccupied house and the other was found trying to hide in a goat shed, according to authorities.

They are facing charges including burglarly, reckless endangerment, criminal mischief and criminal trespass.

Sheriff officials said several stolen items were recovered from inside the van.

"I am disappointed that while in a state of emergency these people would victimize members of our community,” Marion County Sheriff Joe Kast said.

“The women and men of the Marion County Sheriff's Office are committed to holding people accountable if they chose to victimize residents from our evacuated areas.”

Four people have now been arrested on the West Coast for deliberately starting blazes as wildfires rage.

Cops detained two men in Washington, man in Oregon and woman in California as the desperate battle to contain the fires continues. 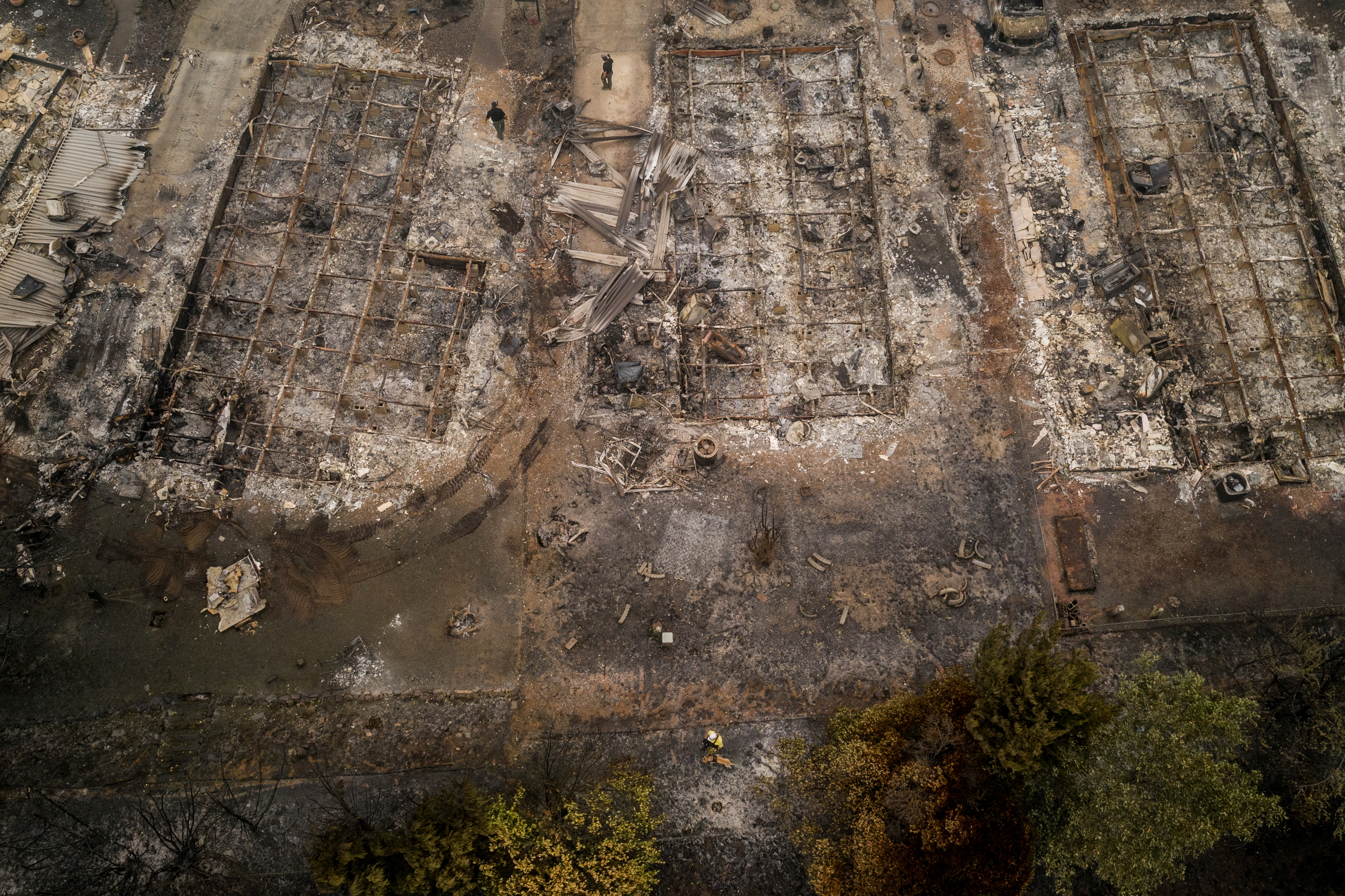 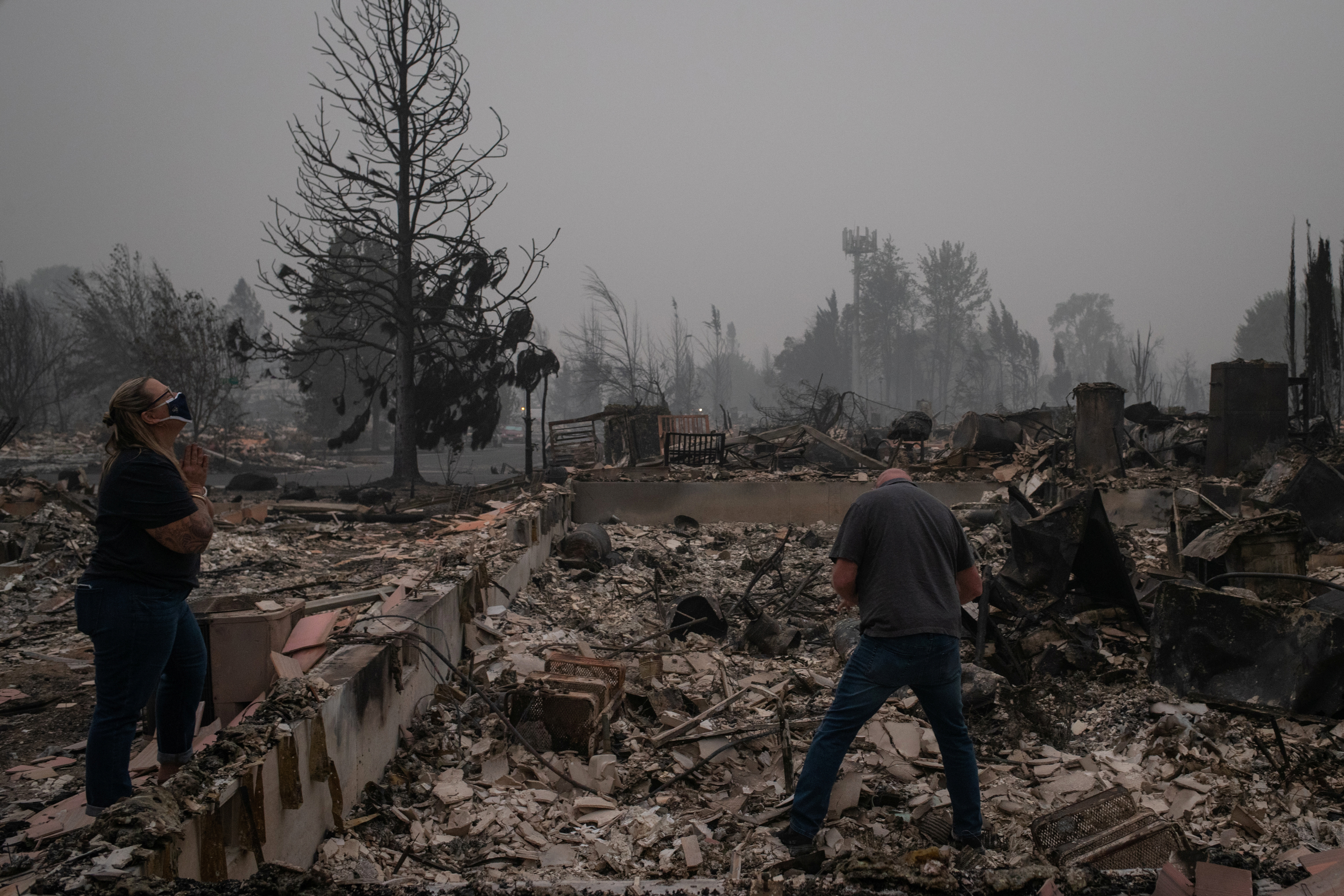