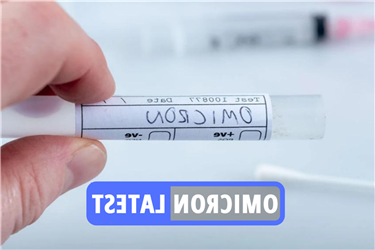 A NEW Covid super-strain was officially named a "variant of concern" by the WHO last night – amid fears it has already spread to the UK.

It has been reported that two cases of the Omicron Covid variant have been found in Britain, Sajid Javid confirmed.

Boris Johnson will hold a press conference on the matter at 5pm this afternoon.

It comes as fears of a second Christmas lockdown grow, with Prof Adam Finn, from the Joint Committee on Vaccination and Immunisation, warning Brits to be "ready for the possibility of a change in the restrictions”.

Read our Omicron live blog for the latest news and updates…