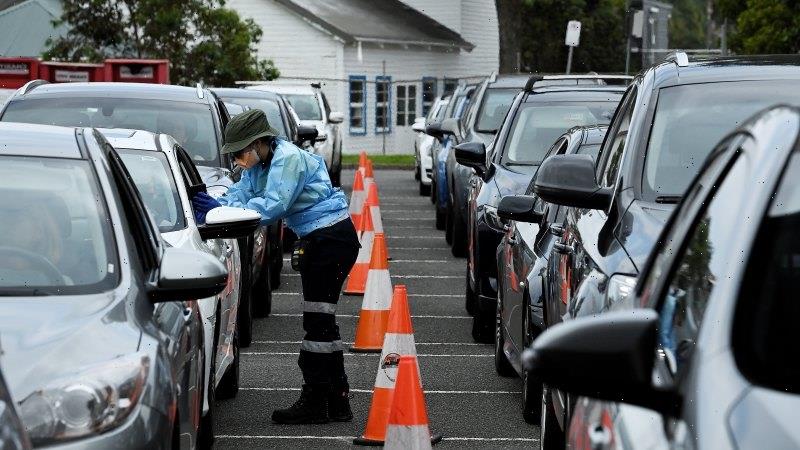 Omicron demands we bring back some restrictions

We should bring back some restrictions on how people mix for a few weeks, while we get more information on Omicron’s severity and its ability to evade vaccines.

The combination of greatly increased transmission rates and uncertain levels of disease severity and vaccine protection means that for the next few weeks, and until the uncertainties are resolved, we must rethink our opening-up plans. These plans were based on modelling using the Delta variant, not Omicron, which is suspected to be the strain responsible for most of the positive cases reported in NSW on Sunday. 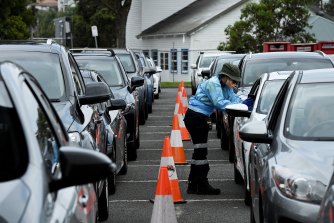 Most straightforward is the return of indoor mask requirements, which represent a minimal imposition and cost virtually nothing. Cancelling or at least heavily restricting large indoor events at which people gather in close proximity and alcohol is served will be unpopular, particularly over the Christmas New Year period, but must be understood as a temporary measure.

Australia has unquestionably managed the COVID-19 pandemic better than virtually all other rich countries. If our death rates per capita were similar to Britain, we would have seen 54,000 deaths by now instead of 2,000. We have succeeded because governments, both at the national and jurisdictional level, took hard decisions when needed, based on the best available evidence, and because the vast majority of the population understood and supported those decisions.

Yes, there were problems with quarantine leaks and thousands of Australians were stranded overseas, but the border restrictions effectively limited spread in the pre-vaccine era. The vaccine program was slow to start but our double-dose coverage is now among the highest in the world, helped along by the urgency of the Delta outbreak that began in Sydney in June. Reports of waning immunity within six months of vaccination led to the recommendation of a booster program, which commenced in November. 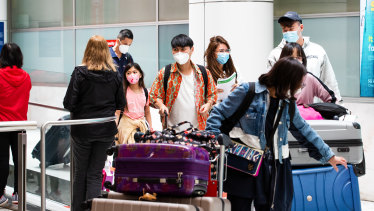 Armed with the presumed security of vaccine protection, governments have committed to “opening up” in line with the achievement of target levels of vaccine coverage, at which numbers of cases, and particularly those resulting in serious disease, are deemed manageable.

At these levels, it is assumed that hospitals and their intensive care units will be able to cope, providing the best possible care to people who do become sick with COVID-19 and not undermining other essential services.

The understandable caution in jurisdictions that largely avoided the Delta outbreak has led to differences in both the timing and manner of opening-up plans, but there has been a general national consensus that they must proceed.

The appearance of the Omicron variant in Australia just three weeks ago forces us to reconsider the assumptions underlying these plans. What we know so far is that the variant is highly transmissible, on a scale that may be well beyond that of Delta, and is already becoming the dominant strain in Australia.

The two big unknowns are the severity of the disease it causes, and the extent to which current vaccines are protective from either infection or disease. Early data from South Africa, where Omicron was first detected, indicates milder disease than Delta but that is in a setting of high prior COVID-19 infection and low vaccine coverage, so vastly different to Australia.

Early data on vaccines indicate that their protection is greatly reduced for protection against infection in people who have received a two-dose course, but that boosters can restore immunity. Protection against severe disease is likely to be maintained to a greater degree but we still need more information about how much. We therefore need to put the brakes on transmission by restoring some restrictions to allow scientists to gather, analyse and report information on these key unknowns.

If it turns out that Omicron causes much less disease than Delta, the most we will have lost is a few weeks of unrestricted gathering. In the reverse scenario, we will have prevented many thousands of transmissions and put ourselves in a much stronger position to defend the health system.

One of the greatest challenges in our journey with COVID-19 over the past 22 months has been living with uncertainty. We have managed this extraordinarily well, putting trust in science and in our public health policymakers, supporting each other and making personal sacrifices for the benefit of the larger community. A short-term return to limited restrictions is entirely consistent with the approach that Australia has taken, while we wait for the information we need to take the next steps.

The evidence that will emerge quickly from the other countries a few weeks ahead of us in their Omicron waves will be invaluable. Compared to the northern hemisphere, we have the summer season and outdoor living in our favour, but we should not put our faith in sunny optimism when it comes to managing the next chapter of the pandemic.