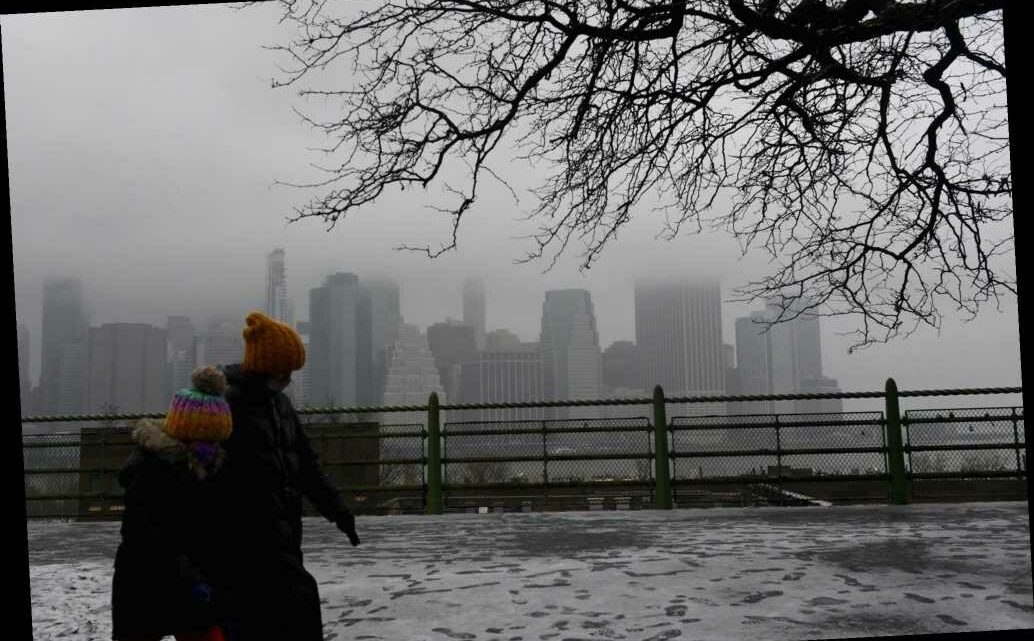 Massive snowstorm set to pummel NYC into an ‘ugly mess’

A heavy storm is expected to pummel New York City on Monday with as much as a foot of snow – bringing gusty winds that will make the winter wonderland feel “near freezing,” forecasters said.

The Big Apple can expect to see flurries around midnight that will intensify throughout the day and into Tuesday, bringing six inches to a foot of snowfall, Accuweather senior meteorologist Dan Pydynowski said.

“By the time most people get up tomorrow morning, it will be snowing,” Pydynowski said.

“The snow will be light at first, so if people are waking up at 7 a.m. tomorrow, it won’t necessarily be snowing hard but it will be snowing.”

The storm — which started in North Carolina and traveled up the East Coast — is expected to leave the tri-state area blanketed with a hard-to-shovel snowfall.

“When it first arrives later tonight, it might be relatively powerfully and fluffy but as the storm progresses, I think it’s going to be a fairly wet snow, which isn’t uncommon for us when we have these storms coming up the coast,”  Pydynowski said.

By Monday afternoon, the tri-state area “should have enough snow to do some sledding.”

But those hoping to venture out in a winter wonderland will need to brace for frigid conditions — with lows in the 30s that will feel like “near freezing” due to strong winds that will persist after the snow stops Tuesday, Pydynowski said.

“You’ll have to bundle up to tolerate some winds, certainly have enough layers,” Pydynowski said.

This Is The State With The Worst Vaccination Effort
Technology