NXIVM co-founder Nancy Salzman has been sentenced to three-and-a-half years in prison.

Back in March 2019 Salzman plead guilty to charges of racketeering conspiracy, admitting her fundamental role in NXIVM – a "sex cult" that sex trafficked and branded women. 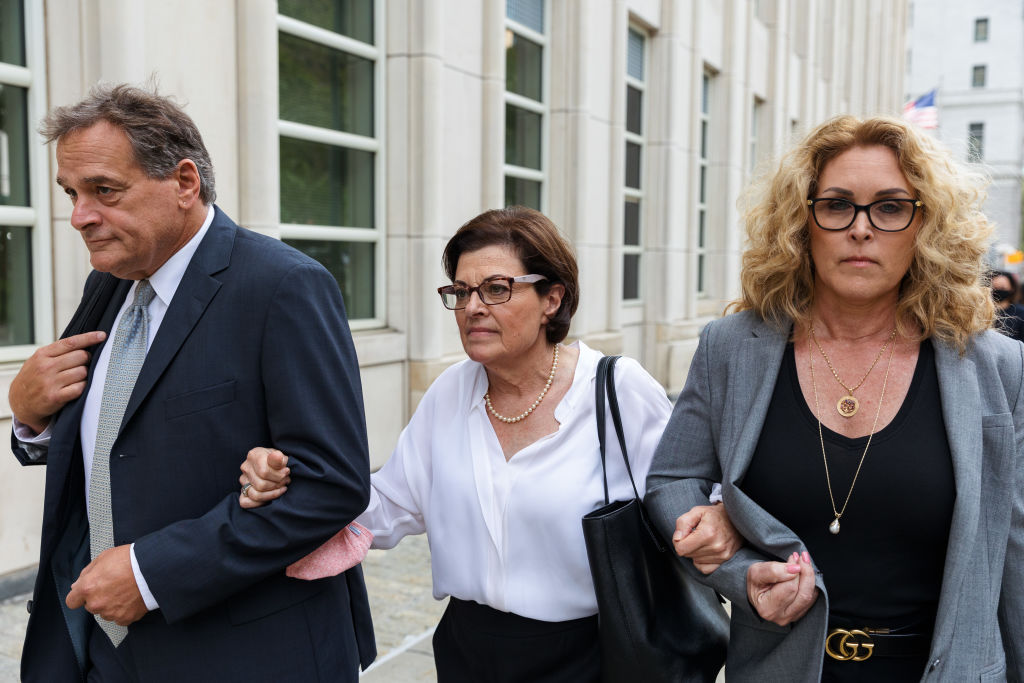 Salzman, who wore a special gold pendant to show her standing in the group and was known as “Prefect”, served as second-in-command to "cult leader" Keith Raniere.

Before her sentencing in in Brooklyn Federal Court, a tearful Salzman said she was "horrified and ashamed" of her involvement with Raniere.

She called him a “narcissistic sociopath” who she confused with an “oddly quirky, socially awkward, gifted genius,” as reported by the New York Daily News.

Prosecutors had asked for a prison sentence on the "high end" of the recommended range of 33 to 41 months, as reported by the Daily Beast.

They argued that even though Salzman had cooperated in the case against NXIVM co-founder Raniere, she also benefited from his crimes for decades, as far as 1998 when she started working with him.

“Many of the NXIVM teachings promulgated by Nancy Salzman disparaged or humiliated women and blamed victims of abuse,” said of the prosecution's sentencing memos.

“Raniere’s teachings, which Nancy Salzman helped to create and promote, were designed to maintain power and control over NXIVM members," it added.

The memo also said Salzman told NXIVM members to avoid "suppressives" who challenged the group or its leader Raniere, even if they were family.

Judge Nicholas Garaufis wasn't sympathetic to Salzman's defense that she was a victim of Raniere, arguing she never "rejected" him.

“The door was always open but you never left,” Garaufis said. “You left trauma and destruction in your wake.”

Many former members of NXIVM testified in court that Salzman psychologically abused, intimidated and punished them for small perceived infractions.

“I still have dreams about you where I’m being punished by you for something trivial and I can’t speak up for fear of public shaming," said former NXIVM member turned whistleblower Sarah Edmondson in a video victim statement.

But Salzman's lawyers have long argued she was a victim of Raniere, too.

“Raniere had many victims but one of his first victims was Nancy,” said a letter of support they submitted to the court.

Record-breaking 'Shang-Chi' debut is an encouraging sign for the future of the box office, IMAX CEO says