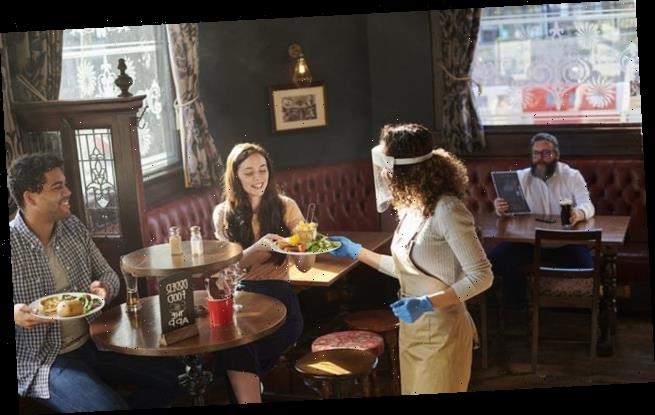 Now ALL drinkers and diners must give Test and Trace details

Now ALL drinkers and diners must give Test and Trace details: Rules around visiting hospitality venues will be tightened so everyone must provide contact information… not just one person from each group

Everyone who visits a pub or restaurant will have to provide their details to the test and trace scheme under new rules to be brought in next week.

Hospitality venues were first ordered to start collecting customer details last year to help track down the contacts of anyone who subsequently tested positive.

At the time, venues only had to collect the details of the lead member of a group. 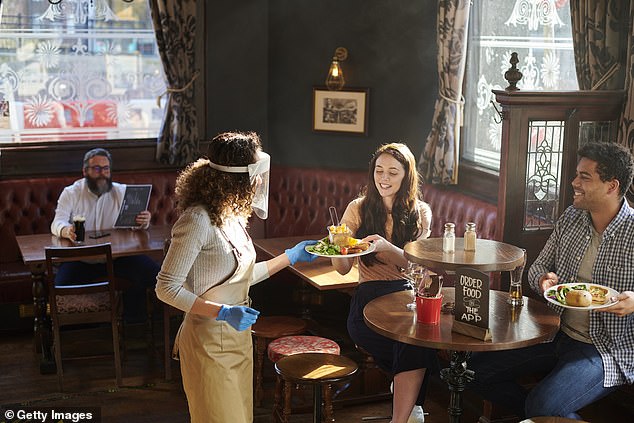 However, all customers will now have to provide their names and contact details, which then have to be supplied to Test and Trace in the event of a positive case being identified later.

The rules will coincide with the release of an updated version of the NHS app, which will be launched on Thursday.

As before, people will be able to use the app to register their presence at a venue for test and trace purposes.

All pubs, restaurants, cafes and betting shops will be required to display prominent QR code posters which can be scanned with the app. Venues must also offer an alternative method of recording contact details for anyone who does not have the NHS app.

The app will have a new feature that will be activated if an individual catches Covid.

Following a positive test result, the user will be asked to ‘share their venue history’ with the Test and Trace service.

A Department of Health spokesman insisted this would be done in a ‘privacy-protecting way’.

The move is designed to allow officials to generate so-called ‘venue alerts’ more quickly, rather than waiting for Test and Trace officials to call the user and ask where they have been.

In cases where people have been at a venue where others have tested positive they may be sent an alert through the app asking them to take a test to help officials pick up asymptomatic cases.

Ministers are also expected to launch a drive to persuade people to use the app. More than 22million people signed up for the app originally, but take-up has slowed.

Hospitality venues that fail to take customers’ contact details can be fined up to £4,000 under Covid regulations. They are required to keep the details for 21 days.

Meanwhile, in a blow to employment figures, older workers could face a ‘tsunami of redundancies’ after the number of over-50s losing their jobs almost tripled in a year.

About 107,000 older people were made redundant between November and January – up from 36,000 the year before. Firms struggling during the pandemic have launched lay-off schemes as well as taking advantage of Government furlough.

Workers of all ages have been hit, but there are particular fears for so-called silver workers when furlough starts to fall in July.

Some 1.3million over-50s are on furlough – nearly 30 per cent of the total of 4.65million. But this group is being made redundant faster than any other, according to Office for National Statistics data analysed by Rest Less, a website for the over-50s.

Rest Less founder Stuart Lewis said: ‘There is a very real danger of a tsunami of redundancies amongst workers in their fifties and sixties when struggling employers are required to increase their contribution to the furlough scheme from July.’