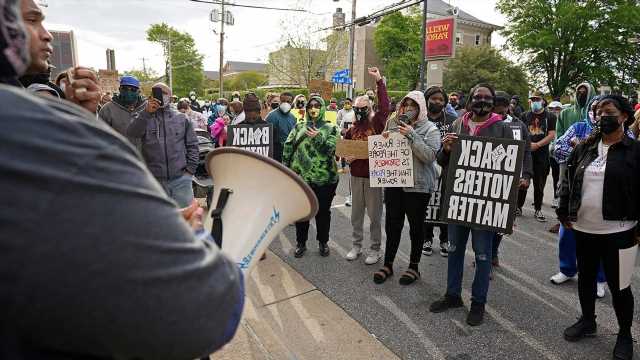 Hundreds of protesters reportedly came out for a second night in Elizabeth City, N.C., Thursday to demand answers in the fatal shooting of a Black man by a sheriff’s deputy on Wednesday.

Andrew Brown Jr. was “fatally wounded” as Pasquotank County sheriff’s deputies executed a search warrant for felony drug charges around 8:30 a.m., Pasquotank County Sheriff Tommy S. Wooten II said at a press conference Wednesday afternoon. The North Carolina Bureau of Investigation, an outside agency, was “immediately contacted” and is conducting the investigation into the matter, the sheriff added.

Keith Rivers, president of the Pasquotank County NAACP, was among the approximately 300 protesters who came out to protest again on Thursday.

“We want the sheriff to come out and talk to us,” he told protesters over a loudspeaker, according to the Raleigh News & Observer. “We’re here today to seek and demand justice.” 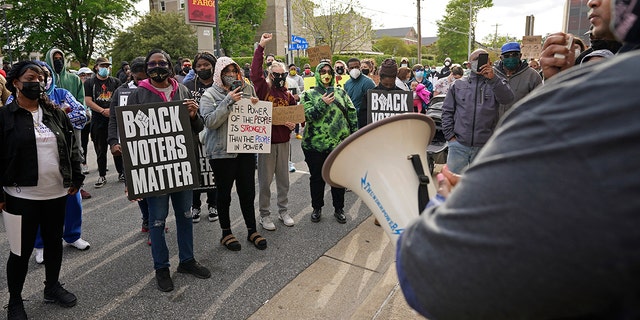 He added that he was “tired of watching my brothers and sisters die at the hand of police.”

The protests remained peaceful and there were no reports of arrests, according to WTKR-TV, which covers the northeastern part of the state.

“I just want justice and peace all over the world,” protester Kayla Parker told the station. “It’s crazy how just in our little small town that this would happen. I never would have thought we would be here, but we are.”

Protesters and at least one City Council member have demanded that body-camera footage be released immediately – but Wooten has so far stressed that no timeline has been determined for the video’s release and authorities will wait on the findings of the North Carolina State Bureau of Investigation.

Brown was killed when deputies fired multiple shots at him after he fled in his car, according to the News & Observer.

His death came just a day after former Minneapolis police officer Derek Chauvin was found guilty of murdering George Floyd last May, leaving many on edge regarding police killings.

The deputy has been placed on administrative leave.

“Mr. Brown was a convicted felon with a history of resisting arrest,” Chief Deputy Daniel Fogg said in a recorded video statement, according to the News & Observer, which he said could have made the situation dangerous for deputies.

“The issue will likely come down to whether our deputies have reason to believe Mr. Brown’s action put them at risk for a serious injury or death. We will not offer an opinion about this because we do not have all the facts,” he added, saying the deputies will be held accountable if they violated any laws or policies.