‘I can’t trust him!’ Nigel Farage dismisses idea of a Brexit pact with Boris Johnson – saying he voted FOR May’s ‘appalling’ deal

Nigel Farage launched a full-frontal attack on Boris Johnson today – warning he cannot be trusted to keep his promises.

The Brexit Party leader flatly rejected the idea of a pact with Mr Johnson if he takes over from Theresa May, pointing out that the former foreign secretary had voted for the PM’s deal.

Mr Farage also dismissed questions about the sources of funding for his new political outfit, saying rivals were just ‘jealous’.

The combative comments came as Mr Farage pushed on with his frantic campaigning ahead of crucial European elections this week – where the Brexit Party is on track to trample both the Tories and Labour.

The ex-Ukip leader was in Exeter for the latest leg of his tour. 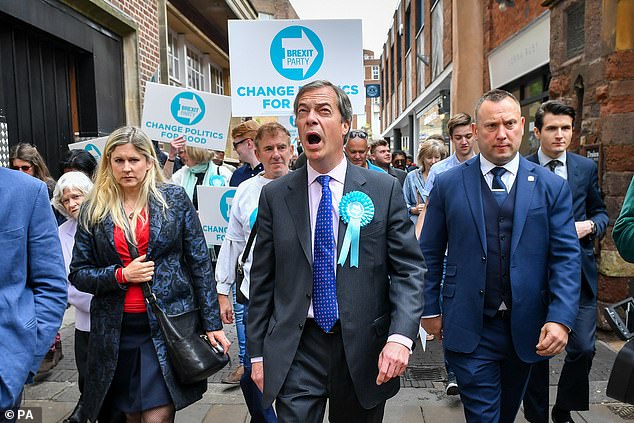 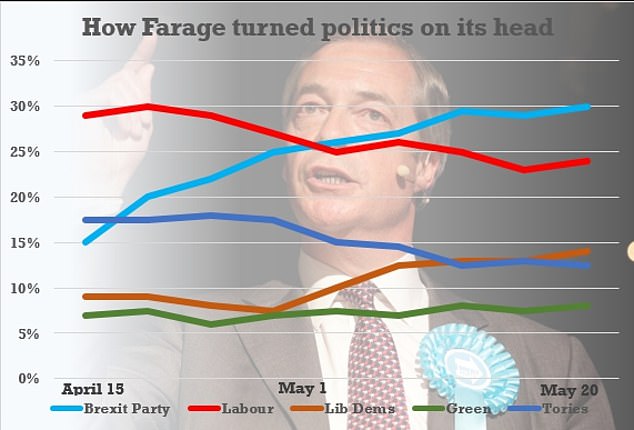 Amid mounting panic in the Conservatives at the threat posed by the Brexit Party, some senior figures have been floating the idea of an electoral pact to help force through the UK’s departure from the EU.

But Mr Farage rubbished claims he could reach an understanding with Mr Johnson, who is now hot favourite to take over from Mrs May this summer.

‘When this appalling worst deal in history, new European treaty honed into view Boris wrote… quite rightly in my view, that it would lead to vassalage and we would become a slave state,’ Mr Farage said.

‘And then what did he do? Ah, yes, he voted for it. He tells us it is appalling and he votes for it and I worry that Boris puts party loyalty above his own conscience and what is good for the country.

‘And even if Boris says, ‘It’s OK Nigel, I didn’t really mean to vote for it…’, how can I trust what he says, how can I believe anything any of these two mainstream parties tell us after three years of, frankly, open lies and deceit?’

Former PM Gordon Brown has written to the Electoral Commission demanding an investigation into the Brexit Party’s finances, amid claims it could have received thousands of pounds in smaller donations from foreign sources.

Gifts can be paid via PayPal, and rules on identification of donors only apply to sums of £500 or more.

Above that sum ‘permissible donors’ must be listed on the UK electoral roll or a business registered at Companies House and operating in the UK. 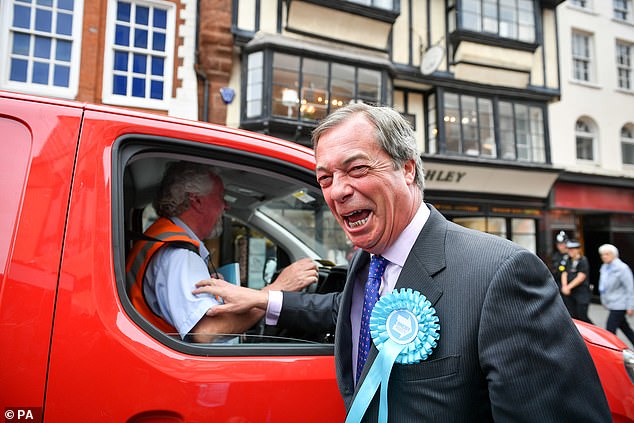 Mr Farage rubbished claims he could reach an understanding with Mr Johnson, who is now hot favourite to take over from Mrs May this summer 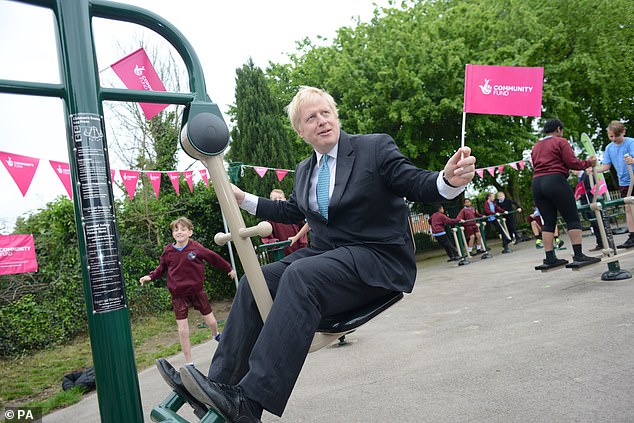 Mr Farage described the criticism of the Brexit Party’s sources of funding as ‘jealously’.

‘Absolutely disgusting smear. This from the man who was part of a Labour Party who through Lord Levy were making a lot of big donors members of the House of Lords,’ Mr Farage said.

‘How dare he? Most of our money has been raised by people giving £25 to become registered supporters and nearly 110,000 of them now have done that.

‘Frankly, this smacks of jealously because the other parties simply can’t do this.’