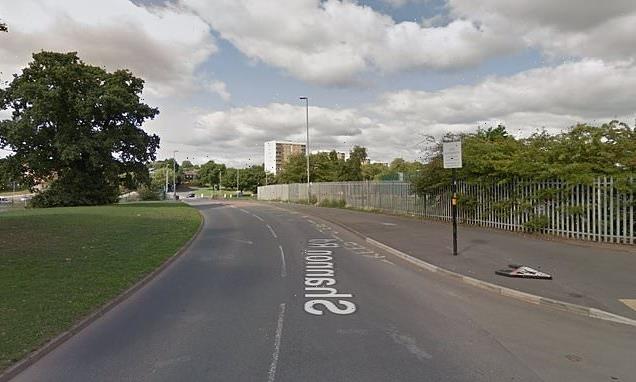 A newborn baby boy has been found abandoned in a Birmingham park as ‘extremely concerned’ police launched a hunt for his missing mother.

The baby, who was wrapped in a blanket, was found by a passer-by in a community park known locally as The Mound, off Shannon Road, in the Kings Norton area of Birmingham, at around 5.30pm this afternoon.

It was not clear when or where he was born but he was taken to hospital to be checked over.

Police said they are ‘extremely concerned’ for the welfare of the boy’s mother and launched an urgent appeal for anyone who knows her to come forward. 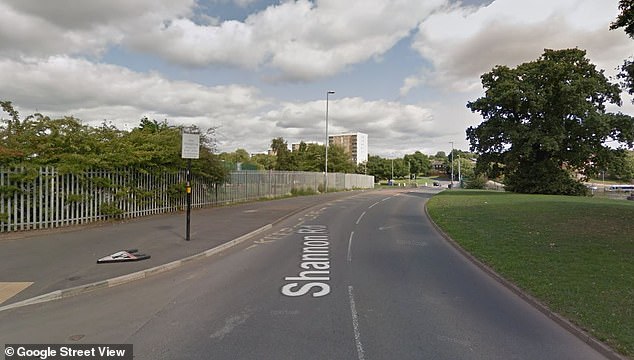 The baby, who was wrapped in a blanket, was found by a passer-by in a community park known locally as The Mound, off Shannon Road (pictured), in the Kings Norton area of Birmingham, at around 5.30pm this afternoon

Detective Inspector Allan Green from West Midlands Police’s public protection unit said: ‘The baby is being cared for by medical staff and our priority is to now find mum and make sure she is okay.

‘She may be in need of urgent medical attention and she is our absolute priority at the moment.

‘We have been checking CCTV and speaking to members of the public, but it may be that the mother or someone who knows who she is sees this appeal.

‘I really want to speak to her to make sure she’s okay and would urge her to get in touch.’

Earlier this month a baby was found lifeless in a supermarket car park in Bilston, West Mids.

A member of the public was the first to spot the tragic corpse in the Morrisons car park and dialled 999.

The baby’s mum was later found and given appropriate care, police said. Anyone with information has been asked to get in touch, quoting log 3476 of 22 April.

Officers can be reached via live chat at west-midlands.police.uk, or via Crimestoppers anonymously on 0800 555 111.

How Banks will Pester Customers to Pay
Technology