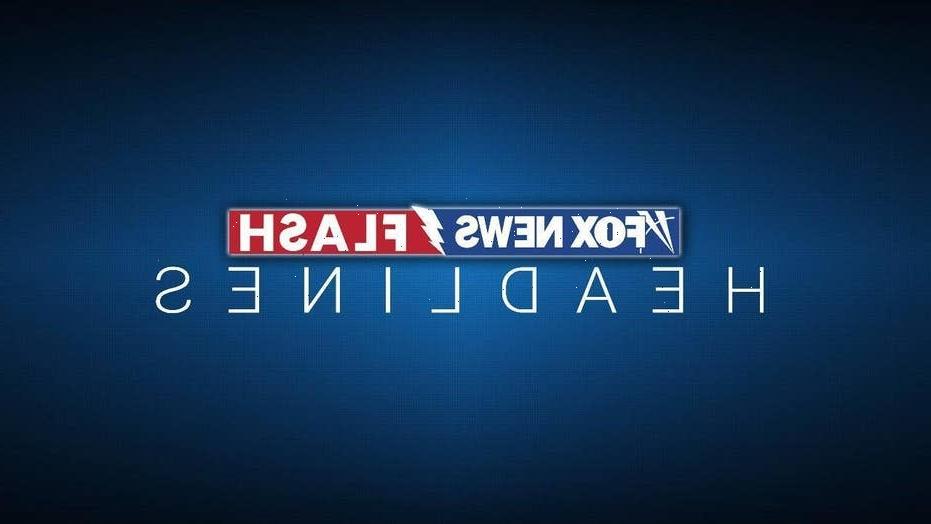 New York baker says her business changed her life, now she's setting out to help others

Janie’s Life-Changing Baked Goods, a bakeshop nestled in the Upper West Side of Manhattan, saved Janie Deegan from a life battling addiction and homelessness.

The native New Yorker, who discovereds baking was the key to regaining her self-esteem, self-love and confidence, has now set out to help others with her bustling cookie shop that has an “open-door hiring policy.”

“You just have to walk through the door and be ready, willing and able and excited to show up and work and you’ve got a job,” Deegan told Fox News.

She created the policy after she struggled to enter the workforce after being in “such a dark place” for so long.

In 2013, Deegan was in the midst of trying to take control of her life. She was determined to stay sober, but she was having difficulty reconnecting with people. Even looking someone in the eyes proved to be difficult, she explained. 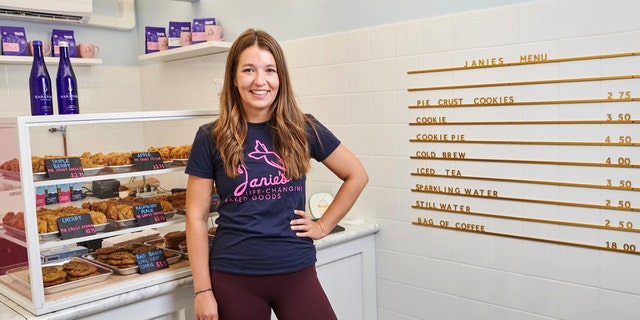 “I was sort of like a shell of a person and just didn’t really have many life skills or self-confidence or self-love,” Deegan said. “But I knew that if I wanted to stay sober, I had to sort of … build all of those qualities.”

However, baking was something that always brought her joy as a child. One day while working as a superintendent in the Manhattan’s East Village neighborhood, Deegan said she picked up a handheld mixer “and just started baking.”

“It was like meditative, and my life was just so out of control, but baking is such a controlled thing, where if you … take the right steps and follow the directions, you’ll get a pretty exact result,” she said.

Deegan started bringing her homemade baked goods to people’s homes, which helped her reconnect with people. 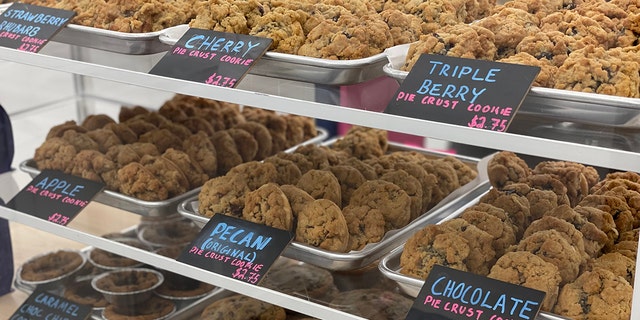 “Feeding people is such a universal love language,” she said.

However, she was still trying to figure out how to find a career at 27 years old.

“I was just so depressed about the prospect of being 27 in New York and finding a career,” she said. “I had no real work experience … and I can’t put ‘getting sober’ on my résumé.”

“Fueled by the encouragement of friends, she challenged herself to see if she could sell just 1 pie. She sold dozens!” Deegan’s website says.

She began baking pies and custom cakes out of her tiny New York City apartment and eventually launched an official business in 2017. 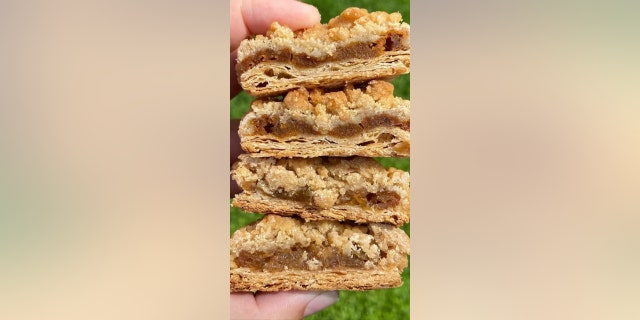 She spent three to four years honing a pie crust cookie recipe, which has since become the bread and butter of her business.

“People have been walking, running, lining up outside that little door to get cookies, and it’s just been so magical seeing that,” she said. “And then I’ve been able to really increase my staff.”

And when she needs more help, Deegan says she looks for anyone who is just excited to work — even if they don’t have experience in the industry or know how to bake.

After her own struggle, she realized that the desire to work was better than having a certain skill set. 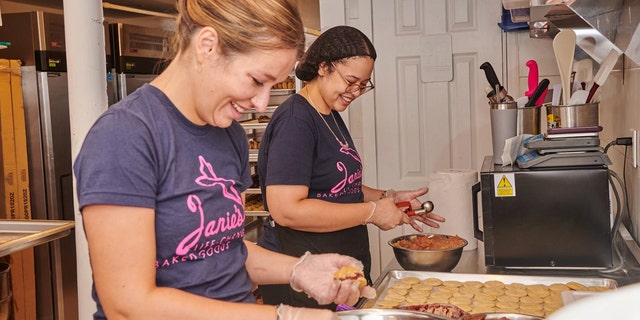 “I was such a good worker because I just wanted it so badly,” she said. “As soon as I got sober, I was like the best worker that you could find … but again, you can’t put that on a resume. You can’t be like, ‘I’m so excited to be here.'”

One day, she hopes to become a second-chance employer, hiring women out of prison or the shelter system.

“As long as you’re excited to be here, and a lot of my employees … I think like out of 14 of us, one of us has been to culinary school,” she said.

Still, Deegan is astounded at what she has created so far with her “quirky” shop and employees.

“It’s crazy right now, the holiday season. And I’m scooping cookies with them and we’re all singing to ’80s music … I look around and I’m like, ‘Oh, my God, I created this,’” she said.