Neighbours say village is being destroyed amid rising sea levels

A village in Wales could be the first in the UK to be abandoned and lost to the sea due to rising water in the coming decades.

Experts believe Fairbourne in west Wales could be beyond saving after it was predicted the waters in Barmouth Bay will rise by more than 3ft over the next century.

Council bosses have subsequently drawn up plans to relocate all 850 residents within the next 25 years and demolish all 400 homes.

But residents say the predictions may be wrong and want to stay and raise families in the area. 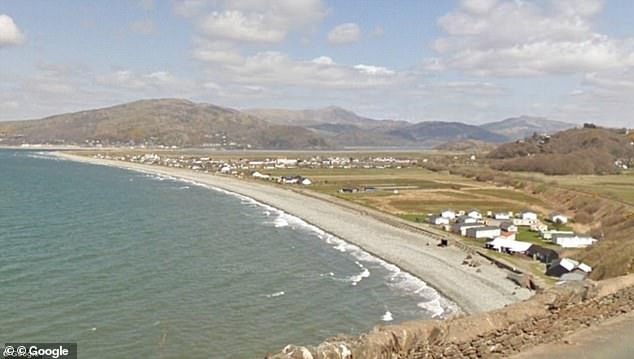 The village of Fairbourne in west Wales, pictured, could be ‘decommissioned’ and all residents relocated amid fears sea levels will rise up and ‘swallow’ the properties 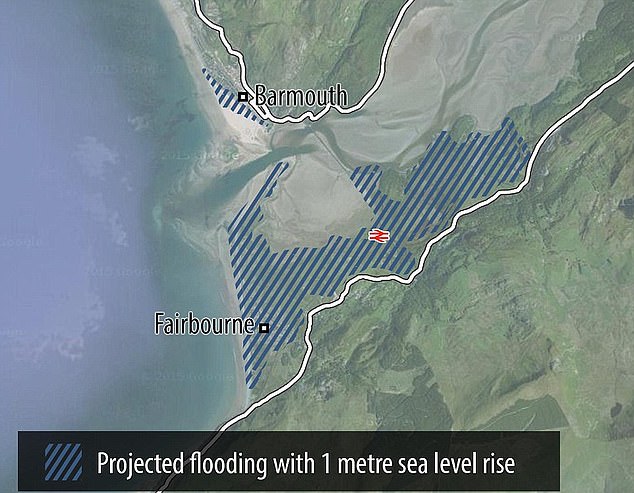 A shoreline management plan drawn up by the UK and Welsh governments predicts waters from Barmouth Bay could rise by more than 3ft, or one metre, flooding though the village. Pictured is what the area could look like if the projections are correct

Gwynedd Council, which first raised the issue in 2013, said no decision has been taken on decommissioning yet but that it is an option.

But Locals have hit out at a Shoreline Management Plan for west Wales, created by several agencies including the UK and Welsh governments, local councils and Network Rail, which contains the predictions for the sea levels.

Campaigners say the plans are ‘based on assumptions’ the predictions will come true and that the village has subsequently been ‘written off’.

Stuart Eves, who has lived in Fairbourne for 43 years, told Wales Online the Shoreline Management Plan has ‘destroyed’ the village.

He said: ‘You can’t get a mortgage here anymore. There’s lots of young people here who want to stay and buy houses, but they can’t. Banks won’t give them the money.’

Lauren Baynes, 22, who runs a butchers with her partner, added: ‘We have two young children. It would be nice to hand the business down to them one day and for the whole family to stay here.

‘I’ve lived in the area my whole life and I’ve never known Fairbourne to flood badly.’ 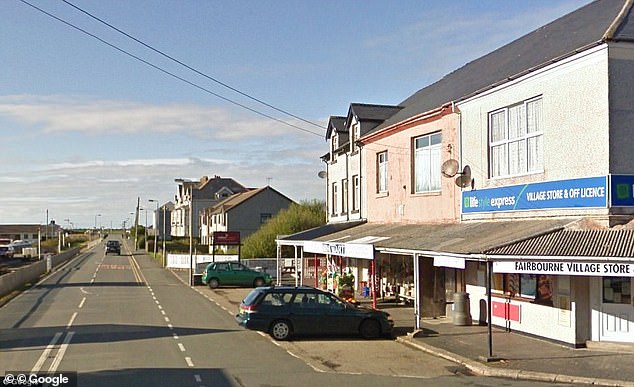 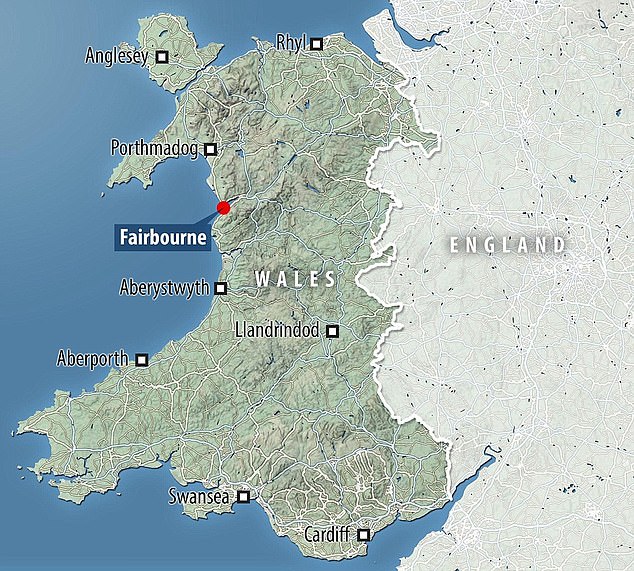 Gwynedd Council has drawn up proposals to move residents by 2042. Pictured is Fairbourne in west Wales on a map

Meanwhile residents have also struggled to sell their homes due to the predictions, which caused house prices to plummet.

There are currently no plans to compensate any locals who are relocated.

The council says changing weather patterns and sea levels mean it would become impossible to strengthen flood defences past 2054.

Natural Resources Wales has spent around £6million on flood management plans in the past four years.

A spokesperson for Gwynedd Council said: ‘Whilst decommissioning has been suggested, no firm decision has been made, and such a step will be a matter that will need to be considered by Natural Resources Wales, Welsh Government, Snowdonia National Park and the community itself.’

HOW MUCH WILL SEA LEVELS RISE IN THE NEXT FEW CENTURIES?

Global sea levels could rise as much as 1.2 metres (4 feet) by 2300 even if we meet the 2015 Paris climate goals, scientists have warned.

The long-term change will be driven by a thaw of ice from Greenland to Antarctica that is set to re-draw global coastlines.

Sea level rise threatens cities from Shanghai to London, to low-lying swathes of Florida or Bangladesh, and to entire nations such as the Maldives.

It is vital that we curb emissions as soon as possible to avoid an even greater rise, a German-led team of researchers said in a new report.

Targets set by the accords include cutting greenhouse gas emissions to net zero in the second half of this century.

In addition, water naturally expands as it warms above four degrees Celsius (39.2°F).

The report also found that every five years of delay beyond 2020 in peaking global emissions would mean an extra 20 centimetres (8 inches) of sea level rise by 2300.

‘Sea level is often communicated as a really slow process that you can’t do much about … but the next 30 years really matter,’ lead author Dr Matthias Mengel, of the Potsdam Institute for Climate Impact Research, in Potsdam, Germany, told Reuters.

None of the nearly 200 governments to sign the Paris Accords are on track to meet its pledges.