Nearly four dozen people were injured in shootings over the weekend — as Gotham recorded its 12th consecutive week of surging gun violence, according to authorities.

One of the latest people to fall victim to gunplay was a 34-year-old who was shot in the chest in Brooklyn just after 10:30 p.m. Sunday and died shortly after at Brookdale Hospital, police said.

The man, whose name was not released, was shot near the NYCHA Howard Houses at 280 Stone Ave. in Brownsville, cops said.

That bloodshed was the first of six shootings over the next few hours across New York City.

In Chelsea, a domestic dispute between a 35-year-old man and his 41-year-old girlfriend turned violent when she shot him in the leg and wrist around 1 a.m. inside the Renaissance Hotel at Sixth Avenue and East 25th Street, cops said.

The man was expected to survive.

The woman, identified as Roslyn Barker, was taken into custody on pending charges, cops said.

About an hour later, a 46-year-old man was shot in the leg near Dorchester Road and Flatbush Avenue in Brooklyn, police said. The man is expected to recover after being taken to Kings County Hospital.

A 53-year-old man was struck in the leg just after midnight Monday in The Bronx at 2134 Vyse Ave., police said. His injuries were not life-threatening.

In East Flatbush, a man was shot in the buttocks near the corner of East 93rd Street and East New York Avenue just after 12:15 a.m., police said. He was taken to Kings County Hospital and is expected to survive. 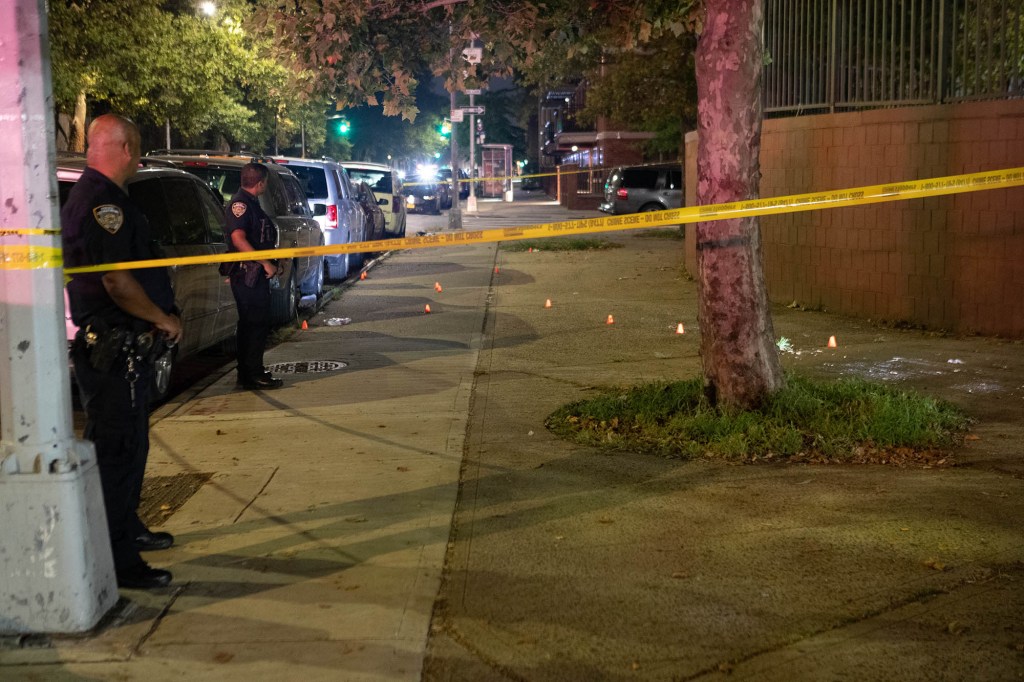 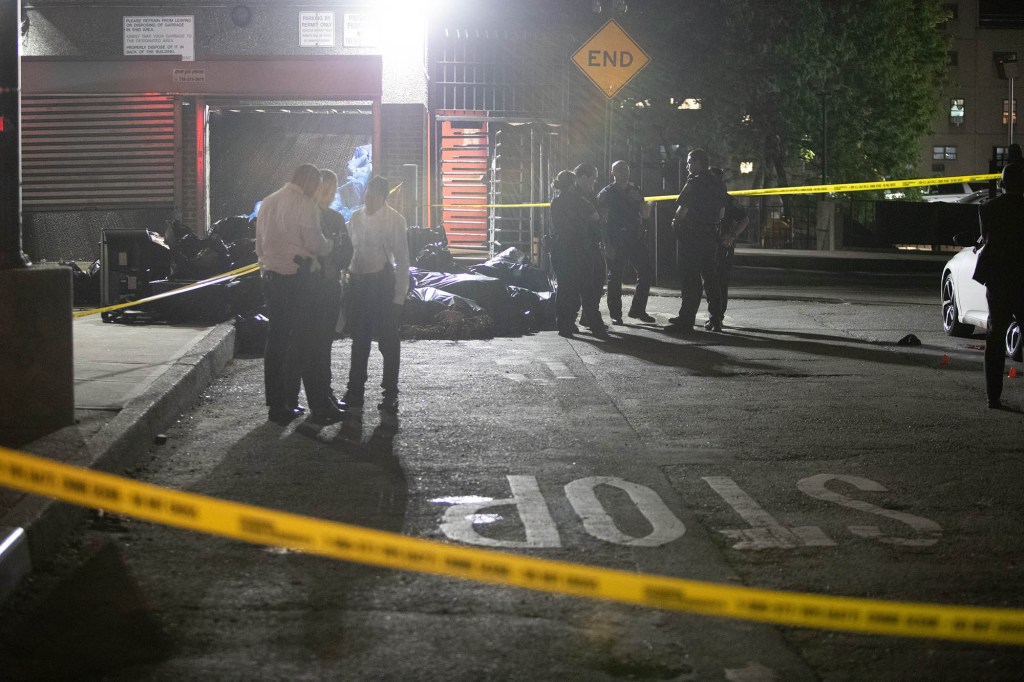 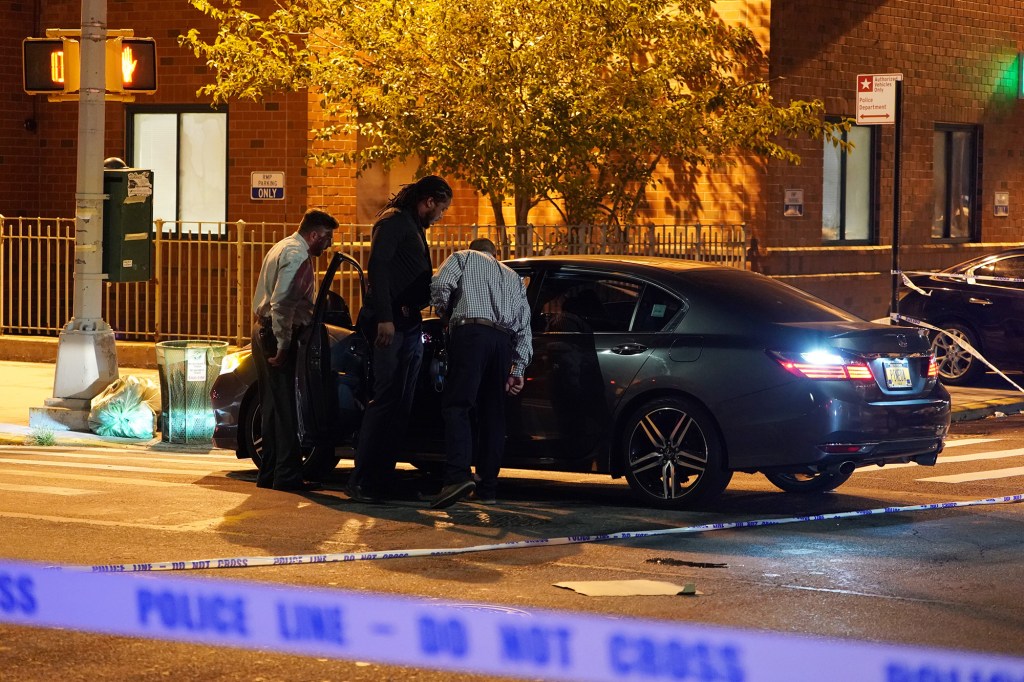 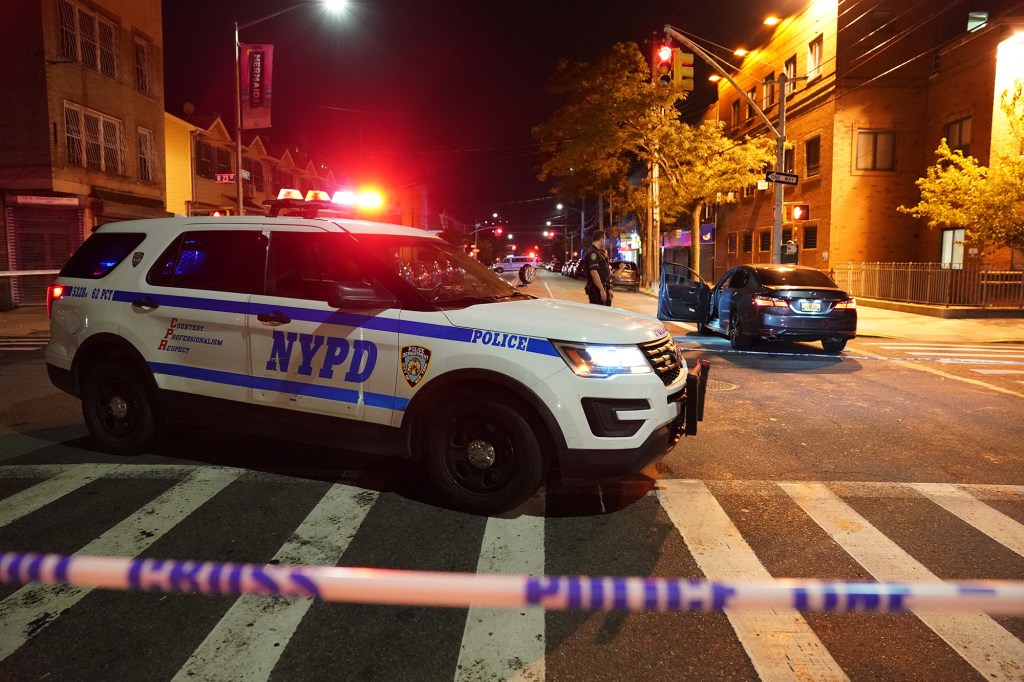 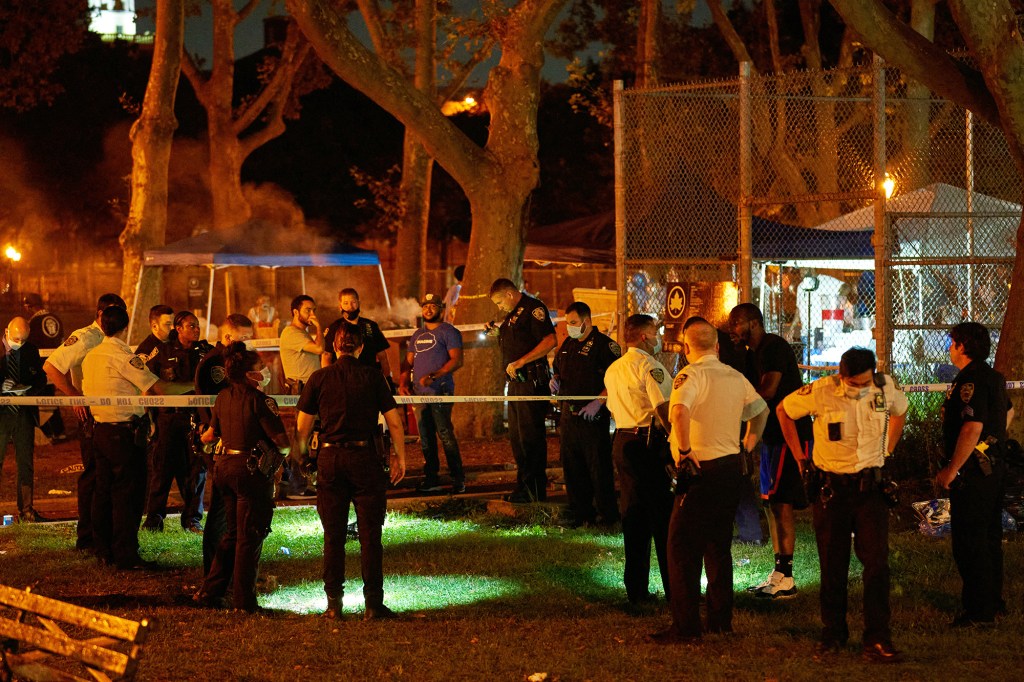 Jacob Blake ‘fighting for his life’ after Wisconsin police shooting